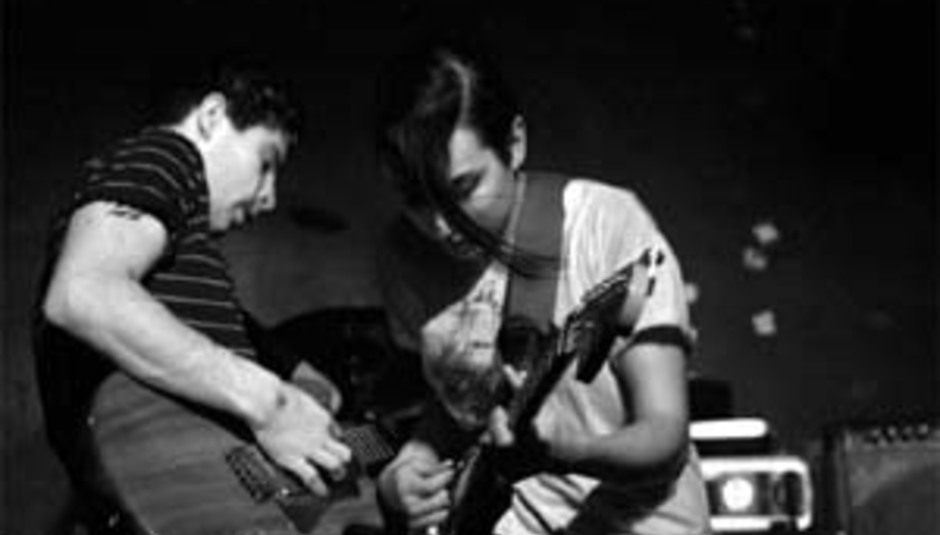 by Mike Diver February 3rd, 2005
This is lifted from The Edmund Fitzgerald's website:

This gleaming rotten ship is on its last voyage.

The Edmund Fitzgerald will be playing its last set of shows for a very long time (perhaps forever) in its present form. We would like to say thanks to everyone who has helped us out and been a friend and put up w/our cheap and silly tantrums along the way. In particular a sincere thankyou goes out to:

Ady Foley. Simon Cope. Youthmovie Soundtrack Strategies. Noisestar. Rob Fawkes. The Hoon. Chip Lorenzo. Charlottefield. All our real friends and the host of great bands that we've had the honour to share sweat and smiles with. Thank you all.

The split 12" w/Bilge Pump should be ready real soon and will be available through www.noisestar.co.uk and off us at the forthcoming shows which are as follows:

In addition the self titled mini album will be released through blooming London label Diet Powder Records. and is being mixed and mastered by Nat Fowler of OXES fame in Italy!!!

The tracklisting is :
+ two broke kidsbikes
+ a Soviet Original
+ lightstars. the noise of radios

We have new interviews and unposed photos on the site for you to peruse when bored. It should have details of future projects which are already braiding themselves as you read. While The Ed Fitz proper is searching new ways of progress. If any beautiful guitarists are interested in playing w/the crew of this doomed vessel then don't hesitate to contact us at the_edmund_fitzgerald@hotmail.com.

Keep yr. eyes peeled for the emergence of spring driftwood and other splinters of capsized ships.

THERE IS NO END. THIS IS NO END

You should ALL see The Ed Fitz before they quit for good. You owe it to yourselves. DO IT.

Photo by Andy Smith and taken from the band's website.