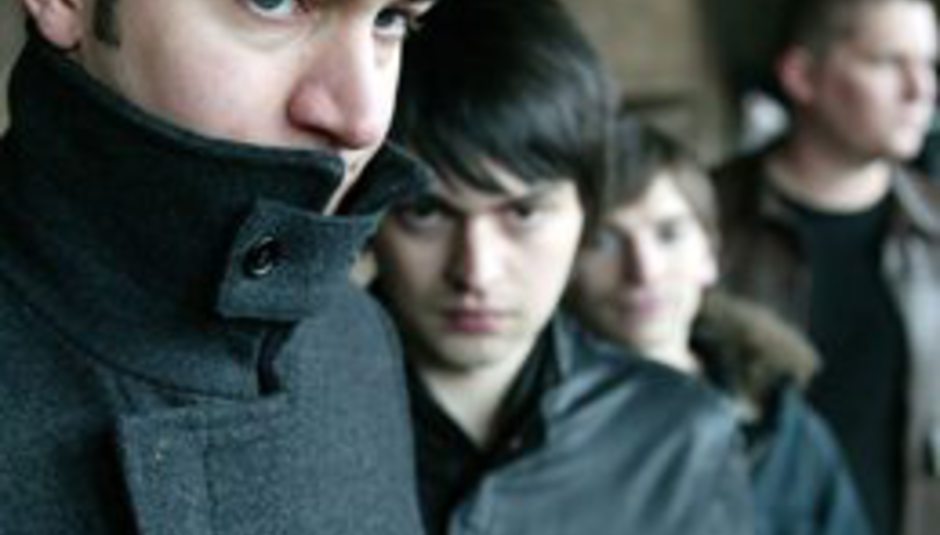 by DiS News January 14th, 2005
Editors will headline tonight's clubHEDONISTIC at the Islington Bar Academy. It's the first date of the band's first UK tour. Entry is free and the event runs from 7.30 tonight (Friday 14th January) with Club Seal (London's newest indie disco) running until 3am after the bands. DJs Ollie Russian, Pirate Gaz and Charlie No.4 are inviting fans to 'smash records they don't like'.

It is hoped that some money can be raised for the Indian Ocean Tsunami relief fund. The other bands playing tonight are Echelon, We Will Be Pilots and Hedon (see below).

Drawing on their love of early REM, Joy Division and Echo and the Bunnymen, Editors have honed an identifiably English sound focused on the grand themes of love, loss and redemption. They release 'Bullets', their debut single for Kitchenware, on January 24th.
Editors

Echelon are drunkenly swerving all over popworld with their night of the moogs, kraut-rock grooves and the Tim Buckley-like vocals of Paul Usher. Their debut Poptones single, 'Plus', is a mighty display of territorial pissings. Are they the new 'altern-easy-listening-hooky-wyrd-folk-progtronic-pop-rock'? Or do they stand underneath their own banner that simply says: Echelon. Yes and yes.
Echelon

We Will Be Pilots play short, sharp songs that shout about love, death and Cold War politics. Taking a Zebedee-ish approach to stagemanship, they cram the entirety of one of John Peel's better Festive 50s into the vast majority of their songs - all the buzzsaws, thrift chic, fiercely flung drumming and mainlined adrenaline.
We Will Be Pilots

Hedon - the unsigned London five-piece behind the night - write dramatic, instantly beautiful and occasionally quite massive tunes full of joyous hooks and poignant build ups. Dark like a bloodstained Interpol in an undercurrent of spinetingling Doves and Verves, they melt glorious soundscapes with rhythmic breaks to make you dance and killer choruses to make you sing long into the night.
Hedon

The next clubHEDONISTIC takes place at the Carling Islington Bar Academy on Friday 11th February. A mystery headliner will be announced the night before. The supporting cast will include Fleeing New York and The Boyfriends.