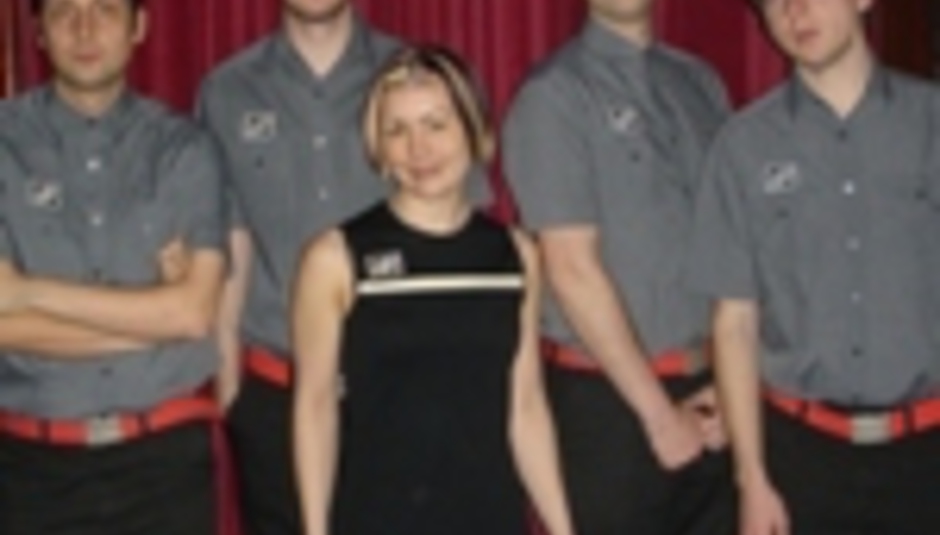 Scottish purveyors of throbbing electro-pop-rock Data Panik, who only formed in 2005 from the remnants of Bis, have called time on their current musical incarnation.

A note on the band's website, here, written by Manda, explains in detail the hows and whys of the decision, and also mentions individual's future plans.

"We have been around for over a year now. It's been so much fun and the songs are some of the best we've ever written we thought. However, in a year, not one single record label showed any interest whatsoever. None! Even promoters were funny about putting us on good bills as they just thought it was Bis again apparently. This is despite numerous people saying they preferred Data Panik to Bis. So, no matter what we did and how good we did it, Data Panik was never going to get to move forward. We released our first 7" ourselves, we funded trips ourselves too which was difficult, and with a five-piece band and having to hire a van, it was just so expensive (we couldn't do it cheap in a transit after getting stopped by the police!). We hated having to ask venues for a large enough guarantee to break even financially. Steven also did all the driving, so maximum effort was made to make every trip happen."

The band's upcoming show at the Mono in Glasgow on August 24 will be their last.