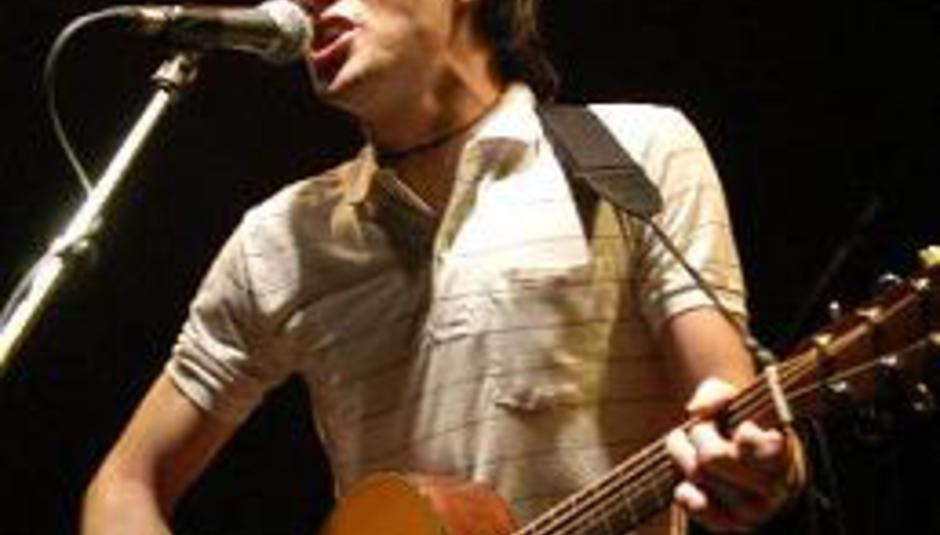 by Sean Adams November 18th, 2004
In the week he's at 1 & 2 in the Billboard Hot 100, DiS can exclusively reveal that Mister Bright Eyes is playing a secret (until now) show this Friday in London...

From the mainstage of Glastonbury, sold out shows at Shepherds Bush and fresh from a stadium tour with REM and Springsteen, to a tiny pub in Highgate. Yes, Bright Eyes, for one night only will play solo to just a handful of people.

This intimate show is taking place on Friday 19th November @ The Boogaloo, Archway Road, Highgate. If it's anywhere near as good as the show he did at The Barfly earlier this year or last night at ULU, it'll be amazing.

Buy your tickets from the Saddle Creek website here. There're only 75 tickets so get yo groove on.

Also, whilst Saddle Creek have your attention, label mates, who released one of the albums of the year 'Wet from Birth', The Faint are over here touring again soon too:

DiScuss: Who's coming? Insert your moaning about not living in London below...