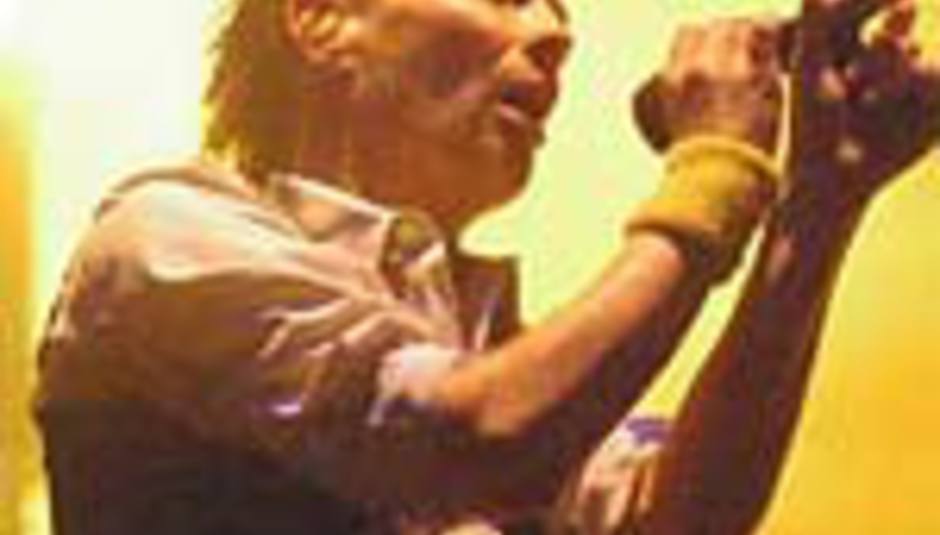 by Gareth Dobson November 8th, 2004
DJ Shadow has released a remix of Radiohead's 'The Gloaming'.

The remix was made available to 'celebrate' the US election. Buyers at the Shadow online shop up to election day received a vinyl disc shaped like (US Vice President) Dick Cheney's head (and with added horns, fangs, and red eyes), containing a remix of 'The Gloaming'. The mix features vocal snippets of George Bush Jr using choice Bush words such as "terror" and "weapons". The remix was originally played by Shadow on a US radio show.

The offer has now finished though, and it seems unlikely that this product will be widely evailable. Soulseek or Ebay, me thinks...

Last month, Radiohead made a remix of 'Go To Sleep' exclusively available on the War Child Music website. The 'Butts Mix' was a remix of a live version of the track by guitarist Jonny Greenwood.

In other scary news, loungepop piano basher Jamie Cullum is to release his version of Radiohead's 1995 single 'High and Dry'.