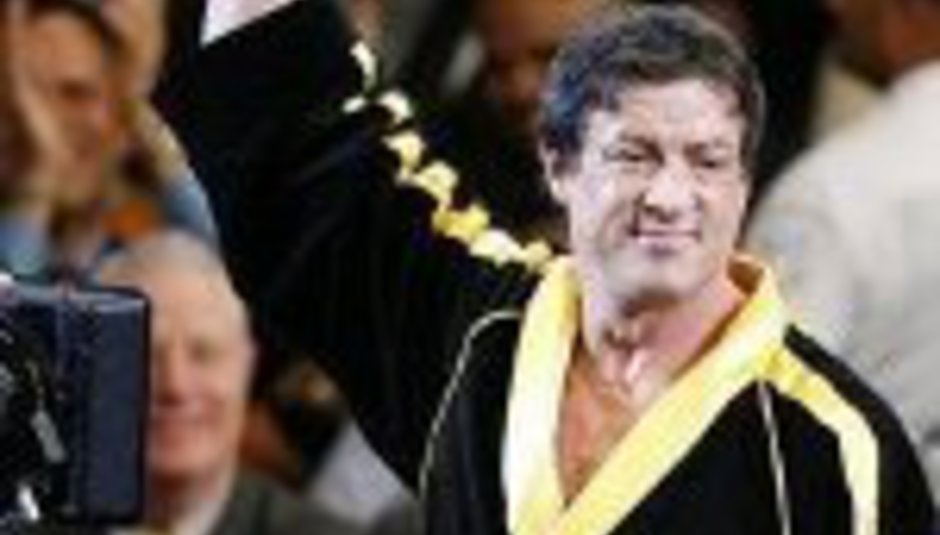 Survivor she ain't, but Natasha Bedingfield has nevertheless been invited to provide the theme song to the forthcoming Rocky movie.

Yes, another Rocky movie is being produced, called Rocky Balboa. Yes, Sylvester Stallone is really old - loooook, he so old. Yes, it will suck.

The series' star Sly asked Bedingfield personally, after becoming fond of her Unwritten album. Reports that brother Daniel is bitter at being snubbed by Sly after spending six months in his bedroom re-recording 'Eye Of The Tiger' as a piano house anthem are, frankly, made up.

Natasha's tune will feature throughout the film, which will be released around Christmas time. The Sun spoke to 'a source':

"Sly went up to Natasha at a party in Los Angeles and personally asked her to get involved. He had heard her debut album and loved her voice. Natasha was completely shocked. She found it hard to believe that a legend like Sly had heard of her."

We like his mum better. You'd best stop or she will shoot...