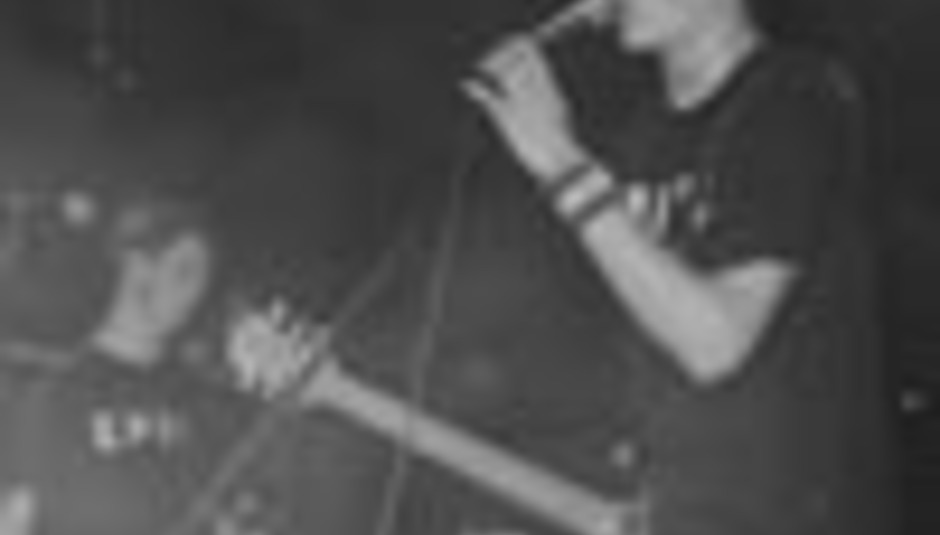 by Colin Weston October 27th, 2004
It's been a while since our last round-up of activities from the fringes of the mainstream, but here we are again, albeit starting off on a bit of a downer.

Simply superb Nottingham band Phoenix Down have now officially split up. The writing was on the wall when singer Roscoe announced he had left the band at the end of September and all was confirmed a few weeks later when bassist Justin posted the split info on the band's official site. We here at DiS wish the band members well in their future endeavours.

Colchester Arts Centre in collaboration with London-based artists Frenchmottershead are running an event over the next few weeks in connection with their Sonic Game project entitled Full Bleed. For four succesive Thursdays from 4 November the venue is putting on four bands from different generes. Headliners include V/vm, Limn, Macrocosmica and Client. Full details of the project are available at the Sonic Game site and line-ups for each of the nights in the Arts Centre profile.

Sunderland boys 21gunsalute are back from almost a year in the wilderness with a new single. Titled 'Cracks', it is due for release on 15 November on the ace Captains of Industry Records. The band have just received airplay on the Lamacq show and a lot is expected from them so watch this space...

LA punk rockers The Adored have made a track from their forthcoming EP (out in December on V2) available on their website. Entitled 'TV Riot', it features guest vocals from Pete Shelley, a member of the legendary Buzzcocks.

A long-time friend of DiS, Deakin Scott (aka Bulletproof Sounds), has made an impact in Hollywood of all places. His track 'Hell Bent' is being used in the new Denzel Washington movie 'Man On Fire'. The soundtrack is being arranged by none other than Trent Reznor, who picked the track up for use in the movie. Well done Deakin!

Colchester rockers Charakka have released their new single 'We Are Divided/Bring On The Night' which they are selling through eBay (cunning, I thought) and their website. The band are also playing a Glasswerk gig at the Highbury Garage on 3 November along with Primary, Raising Sand and Year:Zero with tickets at £5.

Dutch emo-rockers Face Tomorrow are set to release a limited-edition vinyl version of their album and a DVD in the new year. The album, titled 'The Closer You Get', was released in May but the vinyl-only version will be limited to just 500 copies. The DVD is likely to appear in the spring and will contain a live show, pictures, videoclips, interviews and other gubbins. The band are also doing a week of gigs in the UK in February 2005, so look out for that.

The super-sexy Soho Dolls have announced details of their new single. Entitled 'Prince Harry', it'll be released on November 15th through Poptones. The b-sides are 'Trash the Rental' and an electro remix of the lead track by Robert Harder (Kylie and Babyshambles producer). The girls also play at the Elbow Rooms in Islington this week (28th), with doors at 8pm.

To close this off on a personal note, congratulations to Death From Above 1979 who blew me away in front of barely 50 people earlier in the year and could now be set to go massive without compromising anything other than their name to avoid getting their asses sued. Top bombing! The duo play Trash at The End in London on Monday - check out their website for further dates and info.