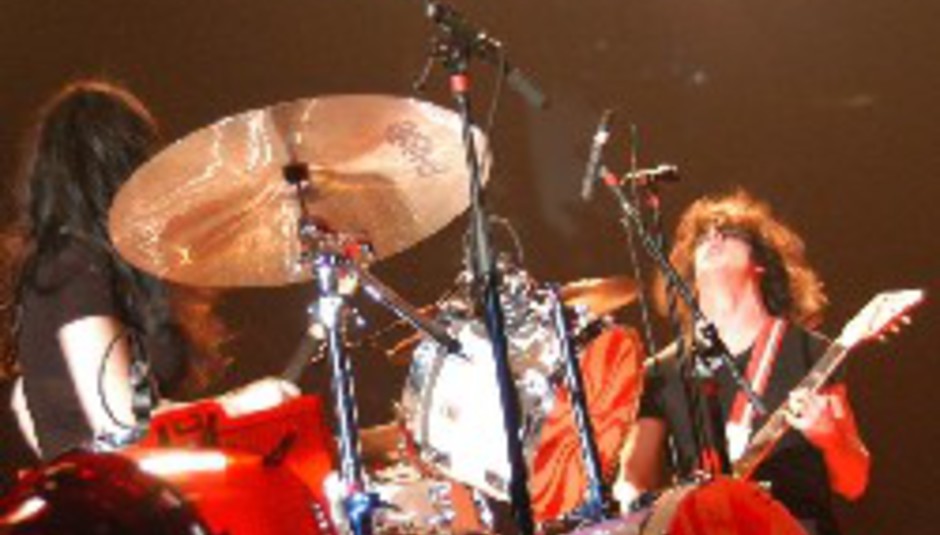 Busted and White Stripes: The product remains the same

by Gareth Dobson October 26th, 2004
What do Busted and The White Stripes have in common?

They're both releasing live DVDs and live singles in the coming weeks. Oh, and DiS likes them both as well. Although clearly, the Tory boys are far more 'real'.

Anyway. The White Stripes will be releasing their 'Under Blackpool Lights' DVD on 22nd November. Recorded in January this year, the DVD has 26 live tracks all recorded on 'earthy' 9mm cameras. The recording will also be previewing at a number of cinemas up and down the UK from the 3rd to the 21st November. We'll get a list of them soon.

A week before sees the release on an accompanying single 'Jolene Live Under Blackpool Lights' on the 15th November. It will be available on CD and 7". Backed with..? we know not…

Not to be outdone, the UK's very own rocking trio Busted will be showing off their own live prowess with the release of a live CD on 1st November, and a live DVD on 29th November. Both recorded in Manchester on the spring leg of their A Ticket For Everyone tour. The CD is 13 tracks long and the DVD an extended 17 tracks, including their covers of 'Where Is The Love' (which is totally bizarre) and 'Teenage Kicks' (which is actually pretty decent). Additionally, the band yesterday (25th October) released a live download-only single of 'What I Go To School For'.

You can download that (it costs money though!) here.

In other related news, it is rumoured that Charlie Busted's second band, Fightstar, will be releasing their debut EP on Fierce Panda records in spring 2005. This is unconfirmed however, but sources say…