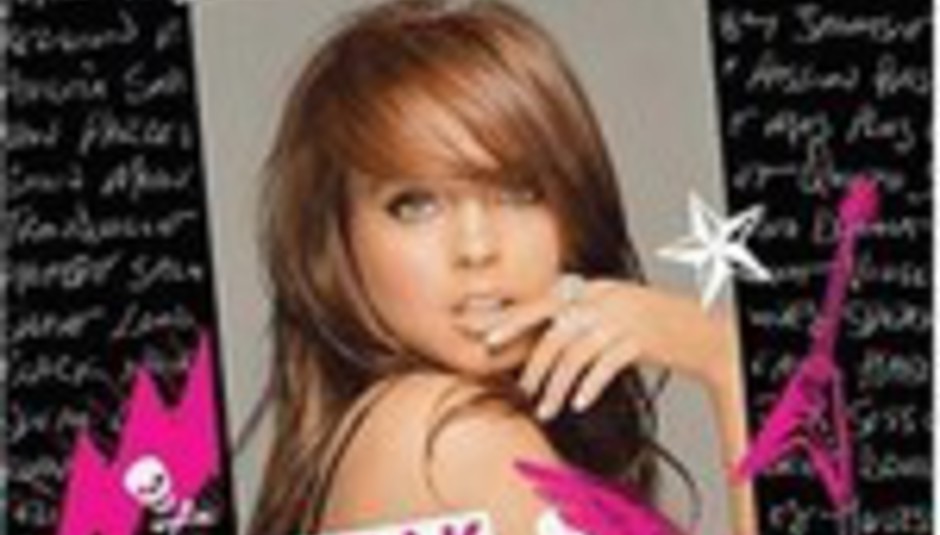 Simply because it's fun to laugh at another's misfortune...

Actress-cum-sometime-singer (although not here, hence this) Lindsay Lohan has been shown the door by her label, Island, following her complete refusal to promote her music in the UK.

Bosses at the label were reportedly tired of the singer's attitude to promoting both her single 'Over' and its parent album, Speak (pictured); the latter wasn't even granted a UK release, such was Lohan's reluctance to push it in Britain.

The Sun quotes a source: "('Over') was a huge flop over here because Lindsay couldn't be bothered to get off her bum and promote it. In the end they didn't even bother releasing the album in Britain.

"She didn't bother to come over to the UK to do interviews or make TV appearances to help sell the album. Island have now decided not to do another one with her."

Lohan was recently accused of having an unprofessional attitude while making the film Georgia Rule. The CEO of Morgan Creek Productions ordered her to quit partying and concentrate on the film, or face the sack.

Guess he had more patience than the people at Island.