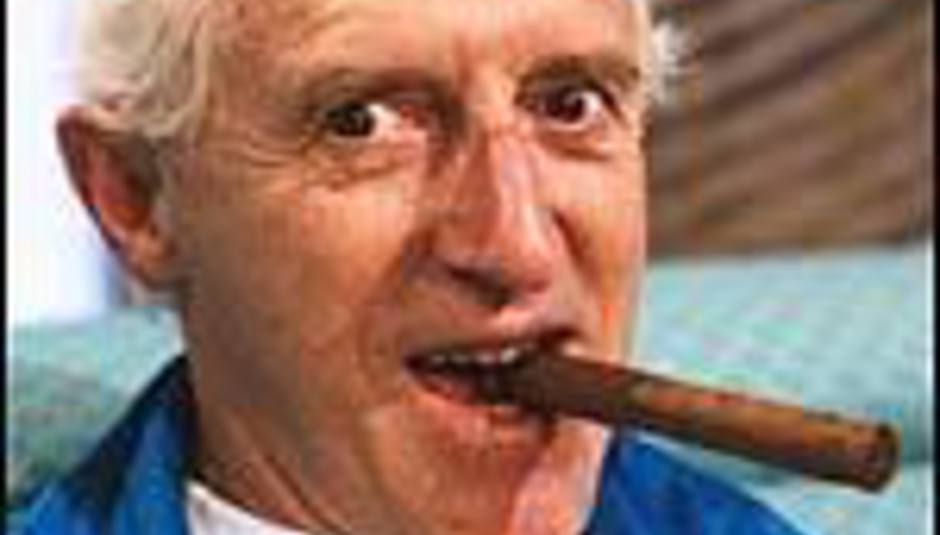 TOTP to bow out as only the UK's second-favourite music show...

A Yahoo! Music poll has shown that Top Of The Pops - due to bow out this Sunday with a special final show co-presented by Jimmy Saville (pictured!) - isn't the nation's favourite music show.

Later... With Jools Holland was favourite among those polled, earning itself 32% of the overall vote. TOTP came second with 29%.

The all-time poll saw The Old Grey Whistle Test attract the favour of 12% of those polled, while the equally dead The Tube was the favourite of five per cent of those that voted.

Popworld only got four per cent, suggesting that most of those that voted were either a) old or b) Friday-night beer monsters unable to rise in time for Alex and Alexa.

Songs Of Praise earned five per cent of the vote. Laugh out loud?

“We’re really surprised by the outcome of this poll. We were sure that Top of the Pops would be seen as the favourite music programme of all time despite its recent axing.”