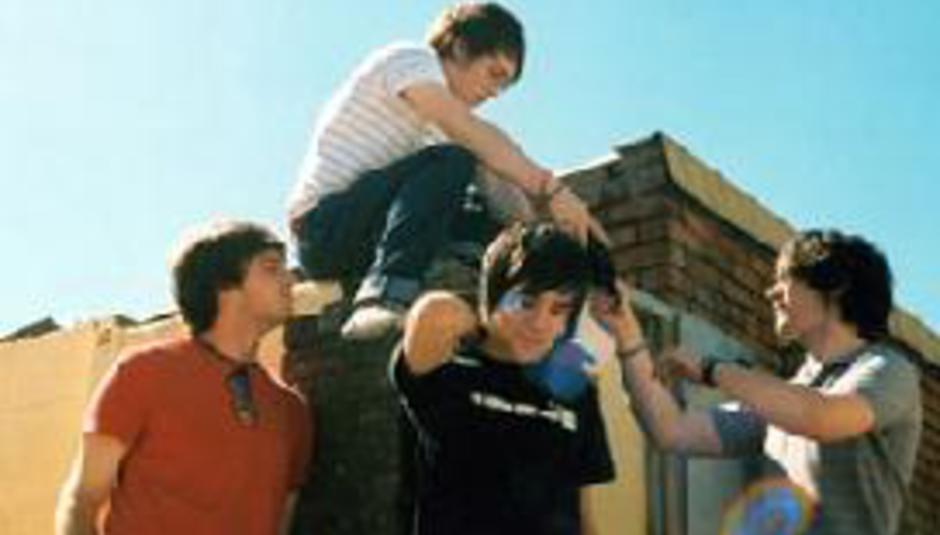 The Automatic 'trash' GMTV: "we've never been good in the mornings..."

Welsh teeny-rockers The Automatic performed live on ITV's GMTV this morning; when we say 'performed', we mean they kicked over some furniture and stood around in their pants.

The quartet were running through recent hit single 'Monster', that song that DiS doesn't rate all that much (perhaps you read this?), when things started going wrong: according to NME.com, the band's concentration rather slipped from the art of performance to the wrecking of the show's garden, which is all a little bit like Nirvana on The Last Resort, isn't it?.

"We decided to stay up all night after the gig in Bristol rather than get up early - we've never been good in the mornings.

"Frost (James, guitarist) was pretty drunk when we started 'Monster', and I'm easily led. Before we knew it I was standing in my boxer shorts in the GMTV garden and Frost had trashed all the equipment."

Footage of the silly boys being silly can be seen here.