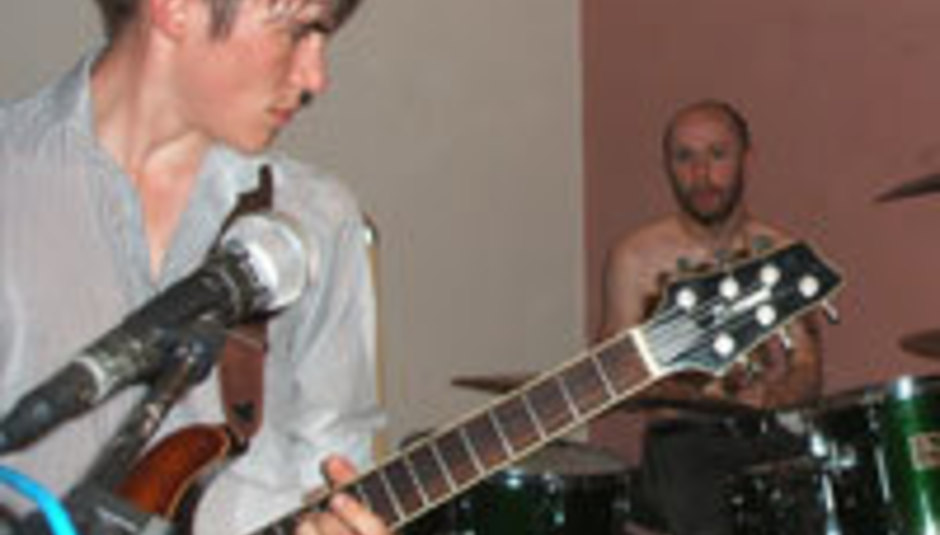 Uley, a tiny village with around 500 inhabitants. Closest towns are Bristol and Gloucester, both of which are a good half-hour drive. Sounds like the perfect place for a Youthmovies gig then, right?

Rather than taking a day off with their current touring buddies ¡Forward, Russia!, the progressive four-piece (plus new trumpeting recruit, Sam) sent a bulletin via MySpace looking for a house to play before the final support date in Bristol tonight (21st July).

Step forward Mike Martin. He and his wonderfully accommodating parents opened up the doors of their converted barn and welcomed in the band, plus forty friends and cohorts, who in fairness probably totaled the 'youth' population of the village.

Playing a host of new tracks including the current DiS office obsession 'The Naughtiest Girl Is A Monitor' and three from previous efforts, 'A Little Late He Staggered Through The Door...', '...Spooks the Horse' and Mike's request of the night 'Ores', the band played out surely the first (and last?) gig the village has ever seen. Youthmovies' Graham (drums) said: "We should do this every year now. Not only do we get somewhere to stay when we're on tour, but we just have a great laugh and meet a whole load of people."

Lucky Mike Martin, 19, quite simply stated: "This is the best night of my life."

The band rose this morning to expertly cooked bacon sandwiches and go on to play the following shows:

They also headling the Cabaret Tent at this year's Reading and Leeds festivals.