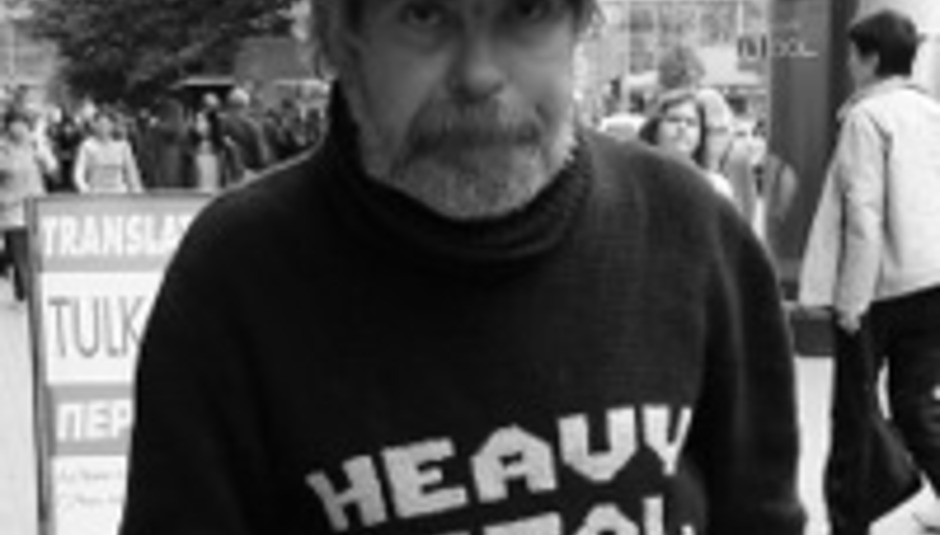 The most impressive rock line-up of the year is upon us this weekend and it’s only June. Download Festival 2006 is not going to throw up any surprises but hosting a fleet of bands certain to go down in hard rock history with stars of the future in support is always a good move.

DiS will be in attendance at Donington Park and when we’re not watching bands we’ll still be doing really Heavy Metal things like sporting a mullet, wearing a denim jacket with the sleeves cut off so we get a t-shirt suntan, and also generally being smelly. I can’t wait!

In fact, no one can wait. Let's make some comments!

When you’re not eating bad food, drinking bad beer and laughing at emos you should go see some bands. As you’re slightly spoilt for choice, I’ve made it dead easy. Here are…

1 Gojira Snickers Stage, Friday, 2.35pm
Heavy as fuck. This band was only added to the line-up after the Frenchmen blew every single other band off the bill at The Great Escape Festival – their first UK appearance. A quote taken from a seasoned metaller at that gig: “I’ve been watching heavy metal for 20 years and that’s the best band I have ever seen.” If you want to be able to say the second half of that sentence yourself then I suggest you do not miss this band.

2 Opeth Snickers Stage, Saturday, 7.00pm
After releasing my favourite album of the 2005 with Ghost Reveries, followed up by one of my favourite gigs of 2005, Opeth’s heady blend of progressive death metal will undoubtedly prove to be a highlight. Sadly they are prevented from headlining by Alter Bridge – the dregs of the ultimate American grunge abomination, Creed. A travesty.

3 Dragonforce Main Stage, Sunday, 12.30pm
Super-speed fretboard wanking would surely become an Olympic event in 2012 if Dragonforce guitarist Herman Li had anything to do with it. So mesmerising are his skills that some fans are said to remain locked in a trance for several days after the band leaves the stage. Just ignore the fact that they sing about ‘fantasy realms’. Ok?

4 Khoma Snickers Stage, Saturday, 11.00am
Their recent album, The Second Wave, is a grower. After repeated listening their collection of always epic and sometimes dramatically heavy soundscapes has proved so good that it has threatened a rewrite of the not-the-full-story review I gave it. Khoma’s explosive live show showcases their talent perfectly and they will most definitely be a top feature of the weekend.

5 This Is Menace Gibson Stage, Saturday, 5.00pm
Supergroups with a hefty gaggle of vocalists are all the rage these days. Centred around a core of heaviness, don’t be surprised to see Matt Davies (F4aF) and Colin Doran (Hundred Reasons) as well as many other legendary UK metallers joining this troupe on stage.

6 Mendeed Gibson Stage, Sunday, 3.20pm
Along with Gojira, these Scots are another of my long-time tips. If you want to see a slightly less polished, much angrier version of Trivium that plays like they’re not just going through the motions then Mendeed is your band.

7 From First To Last Snickers Stage, Sunday, 1.25pm
They may be young, but they’re definitely not dumb and only seem to be full of forward-thinking doom-emo songs. With a Ross Robinson-produced album getting the very best from FFTL, it will be interesting to see whether they perform as well here.

8 Enter Shikari Gibson Stage, Friday, 2.20pm
This unsigned disco-emo band is a little bit silly, but in exactly the way that the kids like it. They play gigs like they’re going out of fashion – some might say that the band is doing just that – and will more than likely have some medium, one-trick success in the near future. Get your indie points while you can.

9 Lordi Gibson Stage, Sunday, 7.45pm
What can I say about this band that you don’t know already. It’s genius. They look like GWAR. They sound like Bon Jovi. Oh, and they’re Finnish. Amazing.

More information about stage times and how fucking sold out this festival is can be found at DownloadFestival.co.uk.