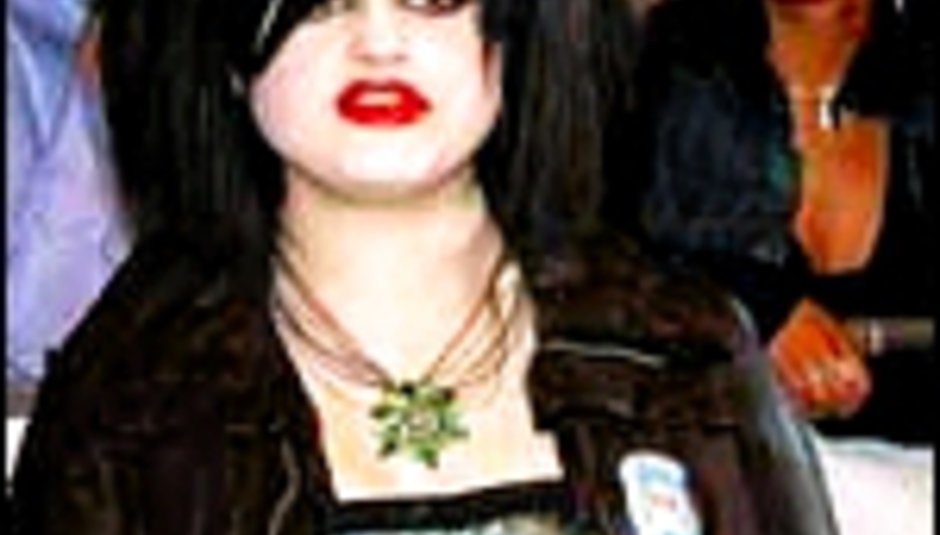 by The Rinser November 10th, 2003
Hypochondriact: The persistent conviction that a person/people is or is likely to become a pop star/act, often involving symptoms when talent is neither present nor likely, and persisting despite reassurance and medical evidence to the contrary.

Shall we decide to ignore the fact that Miss Osbourne looks like a "fat monger on trotters" that has been continuously battered with a large ugly stick made up of nails, her persistent public appearances have forced The Rinser to re-evaluate its position in isolation. He was looking forward to living like the Unabomber and although early retirement was a nice thought, it ain’t gonna happen now.

Why is nepotism the new ‘taboo’ subject amongst the pop fraternity? When did it replace closet homosexuality and A list drug abuse as something that is seen but not talked about? Publicists frantically rush around reminding members of the establishment not to mention ‘daddy’ or the fact that the ‘talent’ is only heat photo fodder because of a surname and a very large favour to ‘im upstairs.

But will somebody please shoot this rampant whorebeast of a mouthy lard?

The TV show is amusing, granted. But this has absolutely nothing to do with YOU. It is merely due to the fact that your dad, the once mighty man of the Black Sabbath manor, is now a bumbling, comic genius; the real life Homer Simpson with a black magic past.

Tony Iommi must be turning in his grave.

They let you release a novelty record for the soundtrack. Great, you managed to torture a Madonna song that itself was the oral equivalent to a herpes-infested lawnmower. Good work. But then some bright spark promised you an ‘album’ because they thought it might help Ozzy concentrate to getting back to playing metal god. But nobody bought it. Deal with it. Don’t re-release it. That won’t help anyone. It may make the suckers who signed you after Sony dumped your rich girl caterwauling into the realms of ‘tax write off’ wake up and smell the shit, but it will only have people storming out of HMV like Jack on the rampage for the final sausage roll.

How much was The Used’s Bert McCracken’s bet worth? Did he succeed in giving you his genital warts?

But the final straw is ‘Changes’. We KNOW who you are, that’s the fucking point. We don’t need to hear you push every last nail into Ozzy’s coffin of respectability. (Note to Ozzy: Call Alistair Campbell, he’s good and unemployed. He might be able to salvage something) But turning a Sabbath song into a Christmas charity record sung by a chorus of deaf Cliff Richard fans is paramount to having your own mother piss on your grave for fifty pence. Who told you the brat aspect was cute? It is merely grating on society like a gang of Daily Mail readers in an NHS waiting room. Except if they ever found the karaoke machine, there would be a button eliminating the chance of the stale, fried chicken-warbling vocals ever being broadcast.

Kelly, you are a leech; a drain on society. When we find your trust fund let’s make sure we use it to let every single illegal immigrant that wishes to enter the country do so with the promise of a very large house and Miss Osbourne’s silence.

Where is Don Arden when you need him?
Feel free to let me know if you disagree, but somehow I can’t see that happening.