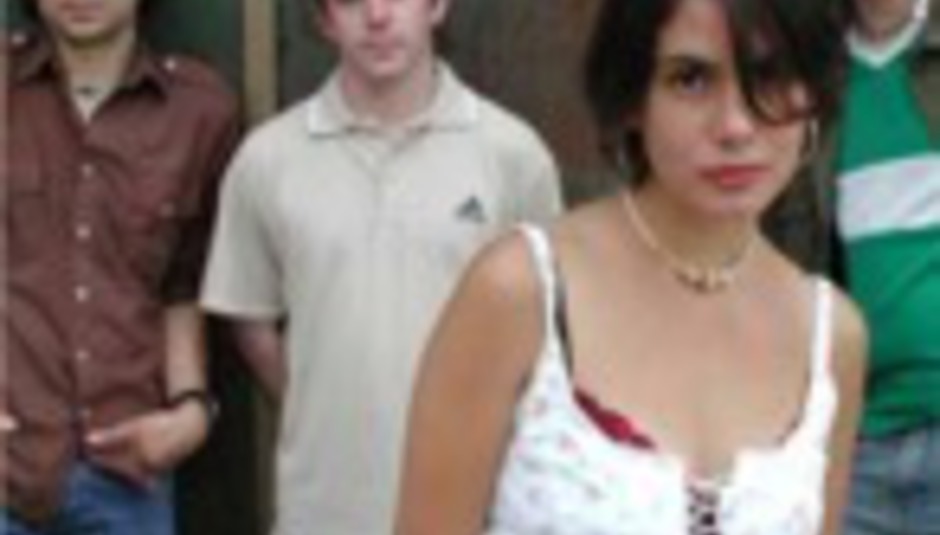 by [redacted] October 17th, 2003
Lo and behold, it's the last Club Fandango/DiS joint effort (or FanDiSco, as we liked to call them), as DiS moves to the Barfly as of December...

The Vibe: AN EVENING OF ROLLICKING GUITAR MAYHEM WITH MELODIES

are from Cambridge and alternately soothe and disturb with their wayward songs of shoes, sailors and Iggy Pop. Guitars and vocals trickle like honey or howl in post-punk torment from one verse to the next, while the drumming veers from brushed subtlety to beautifully controlled chaos. Poly Styrene, Gal Costa, Ann Magnusson and Kate Bush fighting for possession of one body. Come bathe in their cleansing fire.
BOUVIER ARE ON STAGE AT 10.45pm

** THE FAVOURS are PJ Harvey styled rockers from Hull who've recently been making the A&R fraternity coo with delight. Recent gigs have included a slot at In The City.
thefavours.co.uk
THE FAVOURS WILL BE ONSTAGE AT 10.00PM

** KARMAKOPS are a Manchester-based three-piece blending buzzsaw guitars, with Supergrass' early crash-bang enthusiasm, '70s glam, and Electric Six style hooks. If you haven't heard the name before, it's because they've only played one gig.
KARMAKOPS WILL BE ONSTAGE AT 9.15PM

** GOLD CASH GOLD formed in 2002 in Detriot, influenced by the Faces, Led Zep, AC/DC, with a desire to write anthems and generally be a bit of a kick ass classic rock'n'roll band.
GOLD CASH GOLD WILL BE ONSTAGE AT 8.30PM

DiScuss: If you're coming along, tell us and fellow readers who you'll be so we can say hello...