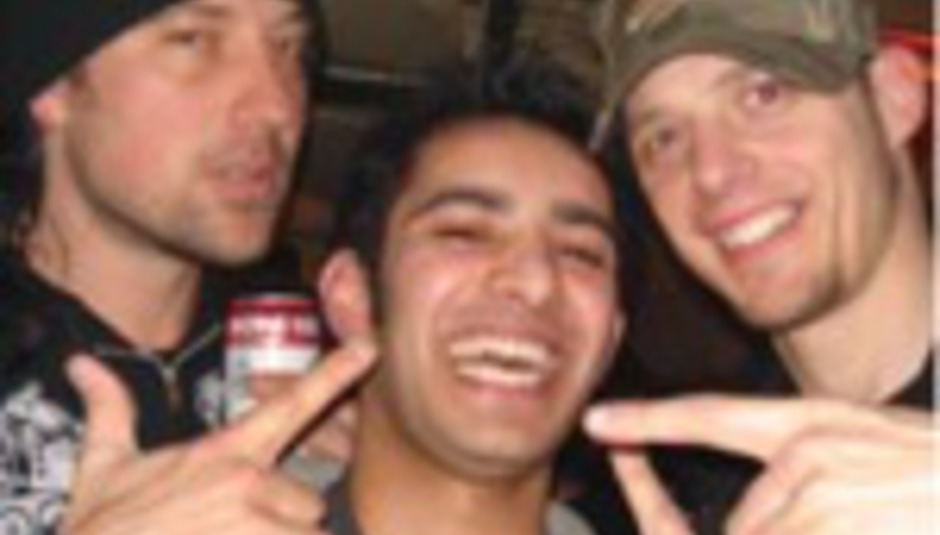 Will Haven: The return of the prodigal sons

Will Haven: The return of the prodigal sons

Emerging from the same Sacramento, California scene that spawned Deftones, Will Haven remains as easily the most devastating live band I have ever experienced first hand. And their records are pretty fair game as well. When they announced their split in January 2003, I felt remorse over the demise of a band for the very first time. The reformation of this band, early last autumn was obviously one of the defining points of my 2005.

I had been waiting for this tour for what seems like an age but after just three dates it all looked like Will Haven was about to implode. Again. Wiry frontman, Grady Avenell had gone AWOL before the Glasgow gig and the band had to play on with guest vocalists. It emerged that Avenell's wife was ill in Paris and he would return. With so many question marks looming, it was only natural that Raz reached up high to collar their man-mountain bass-player, Mike Martin and new guitarist and Steve O lookalike, Cayle Hunter to get me some answers and some reasons.

”It’s not like it was fun without him, but we still had a great time. The attitude that Craig [B, Aereogramme] and Simon [Neil, Biffy Clyro] went in with was just great,” Hunter recalls, ”They weren’t acting like they were doing us a favour; they were acting like we were doing them a favour! I think Simon Neil broke a rib as well! It was amazing to know you can call upon people in those situations”

Indeed, after three years away from the country, for the songs to be so fresh in the minds of so many it is mighty lucky that the right people were in the right place at the right time. They, like I, would argue that it was the only place to be. But seeing as there is still such clear devotion and adulation surrounding Will Haven, what were their reasons for the split and why have they decided to return?

Mike Martin explains: ”We were at it for years and four or five nights a week we would practice for two hours and it was trying. I think that Grady just needed to step away a little bit and take some time off. He got married and had a kid but he still missed it, so he said he wanted to come back.” Hunter adds: “Will Haven might have done really well around the world but back home they were still having to get time off work and that gets really, really hard.”

A new string to Will Haven’s bow is their foray into the mean world of the music industry. As a collective, they have formed a management company called Distruktor Management which has Will Haven as well as local bands and friends such as The Abominable Iron Sloth, eightfourseven, Death Valley High and Red Tape already in their stable.

Hunter explains: “It’s just a way to get all the bands that we hang out with and are associated with a decent management deal. We’ve had trouble with managers before and we just wanted to do it the right way. The idea is that all the records get into as many people’s hands as possible get and gets put out everywhere, not just off the band’s website. We’ve not found a label that has really felt like home yet. We’ve recorded all our demos on our own.” Martin continues along the theme of pro-activity: “There were a couple of ideas for labels over here but we really just wanted to do this tour first. We wanted to see what the crowd reaction was like’ if we still had fans over here.”

Featuring Hunter and Martin as well as Jeff Irwin and Mitch Wheeler on guitar and drums – their other two Will Haven bandmates – and Justin Godfrey on vocals, The Abominable Iron Sloth is their most notable other project. Bringing a whole new world of heavy to the fore, the record is about to be unleashed upon the masses and Hunter thinks that Iron Sloth is a typical Distruktor band:

“It’s all riffs, dude. Music like that is what we’re trying to get out there. I think that all the bands on Distruktor have the potential to be someone’s favourite band. Those are our friends and they don’t make background music.” He continues, “It’s not about money. We’re not gonna make a shitload – or any money for that matter. And the music industry sucks anyway!”

Coming from deepest, darkest California and having been immersed in the heavy music there for a decade, the members of Will Haven have seen the scenes come and go. Cayle Hunter is definitely not impressed by the current spate of metalcore and is decidedly unhappy at what is generally perceived to be or portrayed as heavy.

“I hate metalcore. I see a lot of the so-called heavy music out there and that’s partly the reason that Iron Sloth exists. Every single metalcore band comes out there with their double kick bass drums and their little breakdowns and that might be popular right now but we were like, ‘We’re going to play one note and shove it down your throat and that’s going to heavier than all the millions of notes that you play’. We’re not trying to show them how it’s done but that’s just not heavy. Heavy has emotion. Heavy has balls. We just want to do something with heart; a heart that we pulled out of somebody’s dead, rotting corpse haha.”

He goes on: “I don’t know the motivation to make that kind of music other than there are loads of kids into it. And if that’s your motivation to be in a band then you’re probably not going to get along with me. I just want to make music that gets me off every day; music that inspires people. I’d rather be actually heavy than popular.”

And on: “The same thing with Iron Sloth and Will Haven is that we could have been doing nothing the entire day but its all about the time we have onstage. That’s where we spend all of our energy. If I’m not just totally sacked after a show then it doesn’t really feel good. Every single person in this band is the same way. But I tell you, if I see one more choreographed guitar move onstage where they swing it around their neck right before the breakdown and then do some sort of spinning kick…”

And just that little bit further: “Aiden and Hawthorne Heights ‘ those cds should come equipped with a handgun. Anyone who buys those cds should shoot themselves for purchasing it. A handgun and one bullet - that’s all you need. Those bands suck.”

Will Haven, however, do not suck at all. Tonight is everything you hoped it would be. Even the staunchest follower may have had their reservations about this reformation. There was an uncertainty about their demise that led so many to believe that there was no return. But also there were always glimmers of hope in that the rest of the band was still out there, creating music.

There is a sense of fulfilment and urgency about the band tonight. Jeff Irwin scampers about the stage as he always used to. While Grady Avenell’s flowing locks were so important visually when he used to bang his head millimetres from the front row but are gone now. However, as you see him jumping around the stage to the front row, you know that his desire has definitely been rediscovered and reinvigorated. You can tell from the way he turns round during ‘Saga’ and beams at his drummer, after witnessing the worship from the majority of the Mean Fiddler’s crowd, that he knows that this is where he belongs; that this is where he is needed.

They blister through all their old hits, rarely pausing for breath and slipping only one new track seamlessly into the mix. Every single song gets maximum reaction from the crowd. They finish. They leave. They play an encore. They don’t do encores. Will Haven are back and they’re in demand.

Will Haven play a secret-ish show at the Kingston Peel, tomorrow night (22nd March). There are a few tickets remaining.