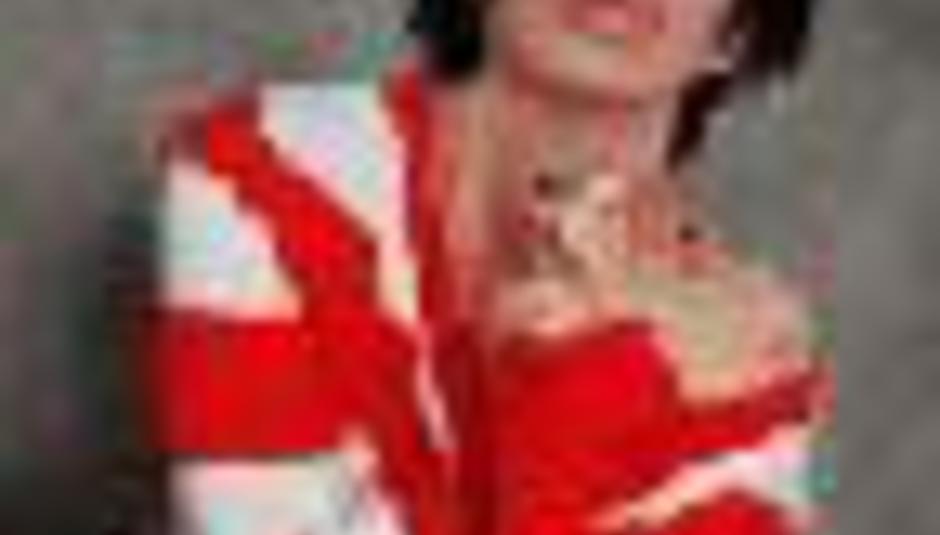 Greetings from the world of Records Which Get To Higher In The Charts Than Number 99. Here is a roundup of pop news and reviews, in the first of an irregular new series brought to you by your new best friends, Project Handbag.

According to The Mirror's 3am Girls, lawyers have shut down spoof website sclub8.com. That's what you get for announcing your new band name before registering the domain name - you get someone registering it before you do. Har har har. The site was set up by ex-fanzine man James Mitchell. Before it was shut down it contained a fake message from S Club 8 member Calvin Goldspink (the one from Aberdeen who likes The Offspring and Green Day).

"You might have heard that the proper S Club have split up. Yes, I'm distraught. As is Mr Solomons, Simon Fuller's accountant. And so is Bradley, of S Club themselves. No one consulted him," it said, ending, "so I ran out with my millions from the sales of 'Automatic High', our paen [sic] to pre-pubescent drug use, and I registered sclub8.com to highlight Bradley's plight. Please give generously to save this once famous pop star. Thank you for reading, and remember, Bradley is for a lifetime, not just for S Club..."

Joy! Rapture! EMI Records have announced the release of the first ever Duran Duran box set. It contains 13 CDs of all their singles from 1981-1985. So that's 'Planet Earth', 'Girls On Film', 'Hungry Like the Wolf', 'The Reflex' and so on. Hell yeah! It's out on May 12th. Review on DiS shortly.

Project Handbag saw Har Mar Superstar supporting almost-pop Hot Hot Heat last night in shit student venue ULU, which was full of shit students. The fat man was not in a wheelchair, as suspected he would be, instead he was prancing around as usual in his underwear. Grooo! He was accompanied by nurses who were wearing very little clothing. We are sure Prince is quaking in his size 3 boots at the thought of Har Mar stealing his crown. Choice quote of the evening: "who wants some shingles? Yeah!"

'Fame Academy 2' is looking for students. Details over here.

DEAD OR ALIVE - 'You Spin Me Round'
Pete Burns is back with a 2003 remix of the mightiest pop single of them all. It's taken out much of the disco pomp and tried to make it sound like Kylie. Burns with Kylie… now, there's an image you don't want to dwell on too much. Note: this was covered by a shit punk band a few years ago and it was shit. Note: this is a far better version. Now, you all know the words so don't pretend you can't sing along. You spin me right round baby right round like a record baby right round round round…
Released: 5 May

THE DANDY WARHOLS - 'We Used To Be Friends'
Sounds like a gay disco classic already and that's fine by Project Handbag. Plus they've teamed up with Nick Rhodes for production duties, which makes The Dandy Warhols the coolest band in the world, even if they do play their own instruments and write their own songs.
Released: 5 May

THE ANDROIDS - 'Do It With Madonna'
Oh, just fuck off.
Released: into a pack of hungry walruses

BIG BROVAZ - 'Favourite Things'
Weakest single so far from one of south London's finest collectives. Project Handbag saw them 'do' this on 'T4 Sunday' and they looked so lifeless and bored. Ho hum.
Released: 12 May

CHEEKY GIRLS - 'Take Your Shoes Off'
Not as infectious as the inimitable 'Cheeky Song' but a fine follow-up tune which proves that - I'm so sorry - they are not going to be one-hit wonders. "We love our teenage lives/ disco fever never dies… shake it shake it/ move it move it…" More Europop to annoy Staind fans with. Hurray! If you don't dance to it then you're obviously a dick.
Released: 5 May

And that's your lot for now.