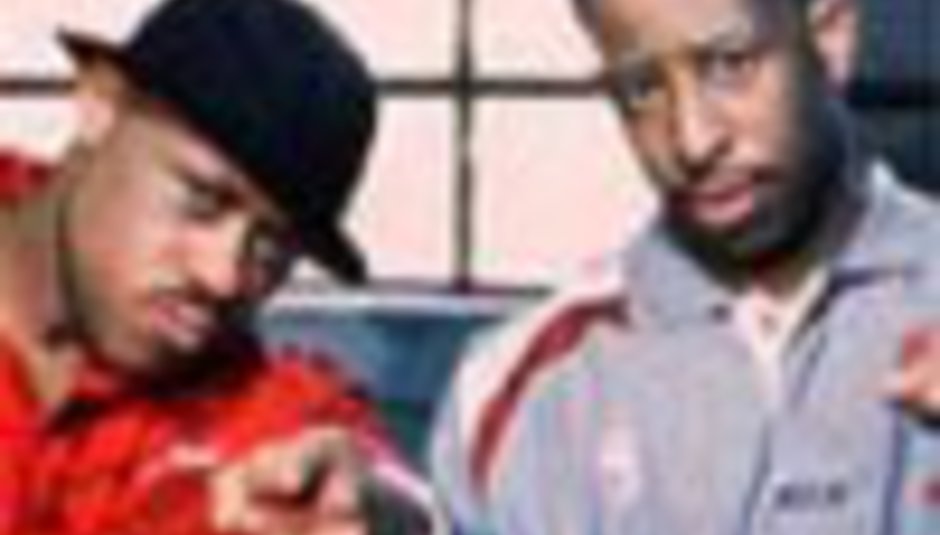 Lisa Maffia 'All Over'
She can't really rhyme that well but a huge disaster is saved through an energetic backing track. Be on the look out for the instrumental. Face, another So Solid member drops a decent verse but he should've had the whole track.

Pete Rock and CL Smooth 'Shine on Me?'
Dragged from the new DJ Premier Cornerstone Mixtape 47, the old school returns to show us how it's done. According to rumours though, we won't be seeing a full scale return. Shite, nevermind.

The Clipse 'The Funeral'
This week's Neptunes arse kiss section! Back before they blew up, they produced the debut LP for Clipse, 'Exclusive Audio Content' which sank like a fat turd in a cold bath. Some tracks were sold on for other artists to get hits with, but this classic was stuck away at the end of the LP. Dig it out.

Fat Joe and Kool G Rap 'You must be out of your Fucking Mind'
This is dark, mean and is stripped right down to a simple beat, a high drone and a runs inducing bassline. Nasty.

Freeway with Jay-Z and Beanie 'What We Do'
Freeway is probably best known right now for being the only thing on Roc-a-fella records worth paying attention to. He's a less frantic, more coherent ODB style MC. You hardly even notice that Jay is on this track.

Ice Cube 'We Had To Tear This Motherfucka Up'
COME ON! A Muggs beat that demands to annoy your neighbours at a childishly high volume and Cube's call to arms over the Rodney King fiasco.

Jay-Z is re-releasing his 'The Blueprint 2' LP as a single 14 track CD instead of the 2 disc set, with a couple of new tracks. Why? Despite strong sales, the LP was slammed for being too long and too full of filler. There was a lot of shit on it, and was unfavourably compared to Nas's 'God's Son' at the time. Jay is still set to drop 'The Black Album' later this year, which he claims will be his last Album (bollocks will it be!)

RZA will be releasing his 'World According to…' in mid May. A collaborative effort with MCs from all across Europe. A recent MTV Diary showed RZA recording the LP, and gave a taster of the tracks, half of which appeared to be the usual RZA Bobby Digital productions (ie wank). The rest show promise that he's back on form as with the last GFK LP. Listen out for the following which look to be among the better MCs; IAM and Saian (French), Blade (UK) and Petter (Sweden).

Fellow Wu-Tang member Inspectah Deck will be dropping his second solo LP on May 20th (hopefully) through Koch Records entitled 'The Movement' . No word yet on guest or producers but expect the Wu to be all over it.

April's issue of The Source has surpassed even last months hilarious attack on anything Eminem related with another issue littered with bias. How is this thing still getting published with this kind of content?

On the subject of The Source, check here for an unedited transcript of the recent Hip-Hop Under Attack Forum. Waffle, flannel and self promotion.

Briefly mentioned DJ Premier and the old school coming back already but a huge buzz is building for The Ownerz, the new Gangstarr LP due out 6th May. The 2 man team of Guru (MC) and Premier (DJ) have been at the forefront of hip-hop since 1989 and many feared their 1999 Full Clip Best of signalled their end.

An official promo of full tracks and snippets proves the hype and with guests like Snoop and Jadakiss, they have enlisted some modern talent too.