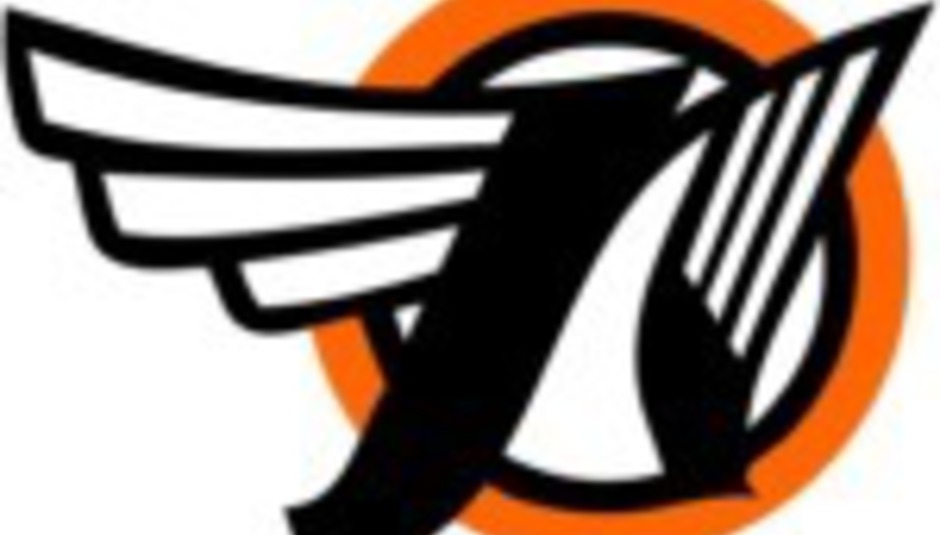 Having trawled the shimmering streets of northern Holland for a long, wintry three nights DiS has returned and recuperated, ready to relay tales and reports of the hottest, wackiest and, above all, best acts to grace this quaint city during the 20th annual Eurosonic Festival. While numbering a population of but 120,000, for one weekend only Groningen played host to a staggering 32 separate stages across 19 venues as disparate as a church, a theatre stage and the numerous subterranean bar/clubs. Quite an outstanding achievement, I’m sure you’ll agree. Of course, some of our native UK acts were present and performing among over 200 bands, but we at DiS aren’t that interested in visiting foreign shores just to sample last week’s chicken tikka masala, so here’s what we thought to be the cream of the plentiful foreign crop...

BEST USE OF A CHURCH: CORVUS CORAX
This septet lived up to my expectations by opening the ceremony in quite splendid fashion. They took an orchestra and a choir into the expansive surrounds of the Martini Church and made a whole load of unorthodox sounds, mixing the classical accompaniment with gothic singing, four traditional bagpipes and a trio executing a tumultuous percussion technique that, at times, seemed to be completely improvised but perfectly integrated. Labelled as medieval metal by their marketing supremos, the Berliners (pictured, right) certainly brought a bit of pantomime to the fold, making their appearance and the inauguration of Eurosonic more than just a bit memorable.
Website: CorvusCorax.de

BEST RANDOM NAME: BACON CARAVAN CREEK
Having plumped to view this band purely on the basis of finding the stupidest name in the programme, let it be said that this strategy was used again afterwards, such was the success. Blending the gentle electro grooves of dEUS and Amnesiac-period Radiohead with some blistering groove-laden rock much akin to Millionaire, Bacon Caravan Creek seemed comfortable on stage in front of their impressive light show. It was really no surprise when I found that this ridiculously-named quartet is Belgian. Apparently they got their name from Americans and their clichéd lifestyles as seen in exported sitcoms. Maybe they ought to have a rethink, cos DiS likes bacon too.
Website: Bacon.be

BEST GERMAN BAND: BLACKMAIL
This veteran troupe have just released their fifth album in Germany and were featured in the German showcase at Eurosonic. While they did not pull the same crowd as such heavyweights as The Robocop Kraus and Wir Sind Helden, it was the performance they put on that grabbed the attention of many a spectator. Blackmail play sauntering but virulent indie-rock in the vein of Placebo, but enjoy adding psychedelic references with their subtle keyboards. Solid drumming and swinging, siren guitars added to the gentle groove of enigmatic frontman Aydo Abay’s hypnotic vocals. Unlike many continental rockers, they did not seem tired or already dated and they easily bypassed the serious problem of just being really naff.
Website: Blackmail.de

BEST METAL BAND: EPICA
Along with Within Temptation, this is the prime example of female-led, gothic metal in the Netherlands. Fronted by the beautiful Simone Simons, Epica’s operatic tones flow out at you in a confusing blend of crunching riffs and swooning harmonies from the glamorous redhead caressing the lip of the stage. With previous appearances such as at Birmingham’s Thirteenth Day Festival in July and a new album – rather bizarrely said to be influenced by Mayan culture – this majestic group (pictured, right) will surely be gracing these shores again sooner rather than later.
Website: Epica.nl

BEST POST-WHATEVER BAND: SPLEEN UNITED
Another band that DiS dragged many a minion along to, on the premise of another silly name. Another band that came up trumps. They came up well trumps. While at first Spleen United may be mistaken for a Sunday League team sponsored by the local organ donor lobby group, there are no doubts that the Danes regularly run a masterclass in atmospheric synth-pop. Emerging on the stage through vicious lights and a wall of smoke, the quintet has a full arsenal of wicked pop tunes put against a heady backdrop of built-up, moody electronic soundscapes. The psychedelic post-rock aspect to them will surely not go unnoticed on these shores and with fellow countrymen Lorraine set to emerge in 2006 with their simpler pop stylings, one wonders if there could be a healthy electro scene emerging in Denmark...
Website: SpleenUnited.dk

BEST BAND OF THE WEEKEND: DISCO ENSEMBLE
Since DiS reported back on this formidable hard-rocking, hard-working cast back in July of last year, they’ve toured Europe with Hell is for Heroes, received national UK press and booked a date at SxSW this March. They were my top tip for the Eurosonic weekend before I left; expect an interview on these pages in the very near future, depending on whether I can decipher any of the Jagermeister fuelled ramblings I brought back with me. Enough of the spiel. You’re already half sold. These Finns plough a furious furrow of post-hardcore riffery and staccato punk rock tightness reminiscent of Refused and Cave In. Frontman Miikka Koivisto rallies the crowd with furios battle cries while occasionally attending to the keyboards he uses to intro and outro the quartet’s concise and catchy anthems. While they sport yet another name worthy of your ridicule, you should still watch out for their scintillating live show on these shores at some point this year.
Website: DiscoEnsemble.com

So there you have it. The Eurosonic Festival helped some bizarrely named bands emerge from their own blemish of obscurity. How many of these previous unknowns will incite raptures from the masses and how many of these will return from whence they came, only time can tell but these were my picks of the event. This is Raz, signing off.