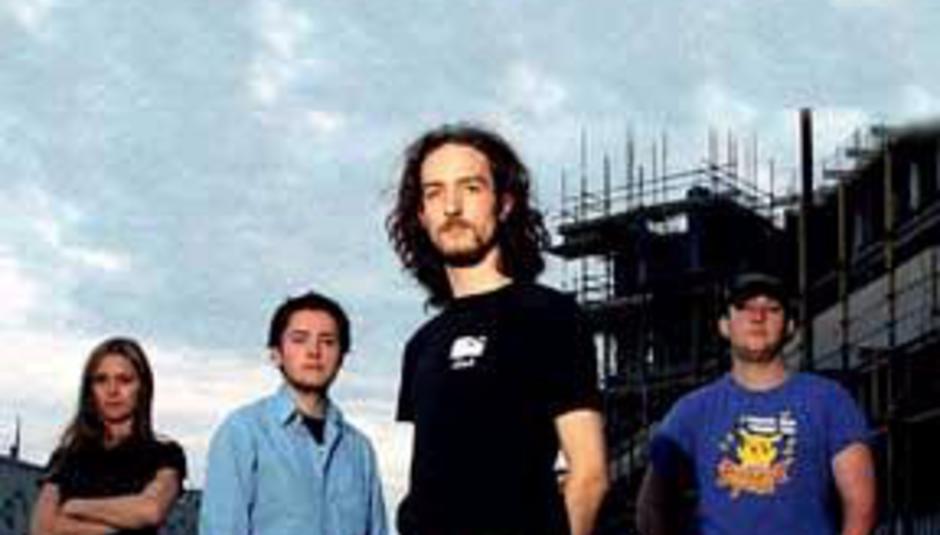 The last twelve months robbed music fans of many an unique band; of many a favourite, whatever the level of exposure afforded them. Here, Mike Diver picks out five bands that parted company in 2005, but that still warrant investigation by those that never had the chance to hear them...

2005 was cruel to those whose favourite bands choose not to operate on wholly commercially viable plains. Many, many bands bit the dust over the last twelve months - some fell early on, others when they were well ahead of the chasing pack. Here’s a recap of those that’ll be most missed, personally.

Hot Snakes’ swansong was missed by me: a pre-arranged week away in Calvados, France, took care of that particular annoyance. Nevertheless, their last British show at Camden’s Underworld was a well-attended event, and losing the Californian quartet’s fiery, if utterly straightforward, punk-rock workouts is a sorry passing indeed. I last saw them back at Islington Academy, I think, playing a decent selection of songs from their final album, 2004’s One Little Indian-released Audit In Progress; I stood transfixed throughout, or rather I didn’t stand at all, instead shuffling about on the balls of my feet until the band’s Drive Like Jehu-penned climax. The gig’s reviewed somewhere on these pages, albeit not by me; I covered the event for rock sound, and by the time the review ran the band had already announced their intention to split. Matters were made worse later in the year, though, when Rocket From The Crypt officially called time on their breakneck punk pursuits. John Reis, a.k.a. Speedo, was a figure in both acts, although his center-stage status in RFTC was not repeated in Hot Snakes, where Rick Froberg acted as the band’s guiding light lead vocalist.
Must-Buy Release For Those That Own Nothing: Although Audit In Progress is a fine final gesture indeed, it’s the preceding Suicide Invoice that newcomers should ultimately begin their investigation with. Brash, boisterous, but absolutely melodic throughout, it’s one of post-millennium punk’s best. Anyone feeling older and older at shows nowadays needs to check out the opener, ‘I Hate The Kids’; likewise, those under the cosh in the workplace need to turn ‘Paperwork’ up and rock out for three minutes of the day, every day.

Million Dead’s (pictured) first few shows way back in the mists of time were nothing short of electrifying, a whirlwind of flailing limbs and razor-sharp teeth looking for fresh throats to sink themselves into. In Frank Turner the London four-piece had an unlikely lynchpin: spindly and long of hair, especially in the band’s latter months, he looked like the last person you’d expect to see fronting a band full of such aggression. Fans flocked, too, as the band had a particularly pretty lass on bass, who earned herself, unwittingly, a level of adoration among young metalheads unseen since Ash made Miss Hatherly sign on the line. Turner proved to be the star, though, and his lyrics – always ambitious from the outset, but unwieldy at first and clunky throughout much of debut album A Song To Ruin, despite a few shining couplets – ultimately lifted the band head and shoulders above their equally bombastic but intellectually inferior (thematically, that is) peers. 2005’s Harmony No Harmony deserved its acclaim, and the band’s final shows were exciting affairs to say the least. Their unbridled enthusiasm for the live performance – never did they pull a punch before these eyes – ensures that they’ll be missed on Britain’s gigging circuit.
Must-Buy Release For Those That Own Nothing: Although A Song To Ruin has aged fairly well, the relevance of its lyrical themes hardly dulling, the band’s second and final album is their finest.

Another Californian outfit, Wives, called it quits in 2005; the weird thing about their final bow, though, was that it took place not in Los Angeles, but in London, at a half-full Buffalo Bar. The band had played the capital twice already, at Catch 22 and the Windmill before that; both shows were frenzied and full of unexpected diversions from the directions indicated by the album the trio were promoting, Erect The Youth Problem. At the Buffalo Bar, though, high expectations were not met, and drunken attendees fired up by flattering reviews for previous shows and the band’s album alike were soon wishing them on their homeward way. The band were a shambles, pulling their shit together in the final five to salvage some climactic pride, but the end, the very end, was suitably messy. Guitarist Randy Randall managed, somehow, to slice his arm open near the wrist, and promptly left the venue for the nearest hospital. As the only band member of legal driving age, and in some discomfort, he had to find someone else to drive him. Salvation arrived – the chief of Sweet Nothing, who’d licensed Erect The Youth Problem for British release, came to the rescue – and the band left our shores never to return as Wives. Yes, only now have I realised that none of the above gives any clues as to what the band actually sound like, so…
Must-Buy Release For Those That Own Nothing: Erect The Youth Problem is the most searing punk-rock record of 2005, all guts and no glory, out of tune and a stranger to time-keeping altogether. Somehow the chaos works: in amongst the spouts of noise and raging vocals lie subtle melodies that string the record together, loosely, ensuring some degree of coherence. Although it was released Stateside in 2004 (recording began in January of said year), I’m claiming it as one of 2005’s finest, simply because that’s when this motley crew came to my attention. And then broke up.

Strangers on a primarily locally focused label, Q And Not U wound up on Dischord despite them not being DC natives (although they’d moved to the city). Three albums and a few singles later, the trio (they’d begun as a four-piece) split in 2005. Power, released in 2004, was their parting gift, an album that combined their established post-punk twists and shouts with a newfound fondness for squelching disco-inspired beats and pieces. Some hated it, others (i.e. me) loved it; Power’s mixed reception, though, only directed critical attention once more to its predecessor, Different Damage. A collection of estranged freak-outs and crafty, deceivingly complex futuristic punk compositions, Different Damage will remain the band’s greatest achievement in most ears. That said, the fade from ‘7 Daughters’ into the blistering ‘L.A.X.’ (a song title they share with Hot Snakes, no less) on Power remains my personal highlight of the on-record Q And Not U.
Must-Buy Release For Those That Own Nothing: Different Damage is probably the easiest of the band’s three records to fall in love with, their debut No Kill, No Beep Beep as awkward in places as its title is awful, and Power simply too disparate in styles over 13 tracks to guarantee immediate results. Given time and attention, though, Power may prove to be an unexpected favourite, combining as it does the angularity of previous releases with fashion-conscious effects straight from The Faint’s Wet From Birth.

The one band featured here that never made it to the UK is the next, Bear Vs Shark. The quintet, headed by the yelping Marc Paffi (also the band’s artist, responsible for the intriguing design of the band’s two albums), were among the most inventive of acts circulating in the post-hardcore sphere; Bear Vs Shark never relied upon simple sing/shout dynamics over some crunching guitar work. Instead, their creative spark led to critical comparisons with The Mars Volta, Modest Mouse and the aforementioned Q And Not U. Although more volatile than any of those three, Paffi’s outbursts often losing their structure and collapsing into indecipherable noise, Bear Vs Shark deserved such comparisons as they strived to push the envelope into which they were unfairly placed at the outset: being signed to Equal Vision had reviewers expecting another screamo-style outfit when debut album Right Now, You’re In The Best Of Hands… (to cut its title somewhat!) came their way. I know I did, and I know I was totally taken aback – the band’s debut became one of my favourites of 2003. When Terrorhawk arrived in 2005, my appetite for their left-of-center leanings, all post-rocking and punk-rocking at once, was whetted in anticipation, and the record didn’t fail to deliver. At times recalling early Braid, at others the spasmodic squeals of The Blood Brothers and sometimes evoking the powerful ghost of Spy Versus Spy, Terrorhawk should have been the ideal record with which to make a British gigging debut. Sadly, the band broke up in December, despite there being such a tour on the cards alongside friends Since By Man.
Must-Buy Release For Those That Own Nothing: The band’s debut’s title, a real mouthful and no mistake, is misleading as the record itself is absolutely accessible. Their album of 2005, though, is where newcomers are advised to start. Terrorhawk contains songs of blunderbuss volume alongside ones of gentle introspection and considered calm: its mixed-bag approach shouldn’t work, but Paffi’s vocal glue bonds everything together slickly and effectively. His delivery is an acquired taste, ranging from lullaby coo to protester scream, but get into it and it’ll infect every cell in your system. Oh, and the album features a song called ‘I Fucked Your Dad’. Told.

Honourable mentions: Unicorns and The Beta Band. Feel free to suggest your own, do.