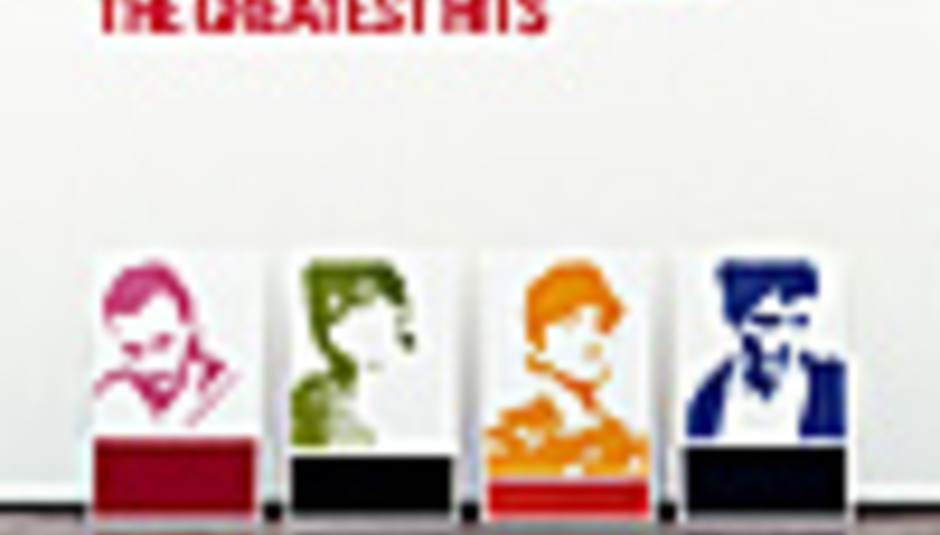 This band used to mean EVERYTHING.
They used to want to turn Buckingham Palace into rubble. They wanted to destroy rock’n’roll. They could change people lives. They opened people’s horizons. They brought people into a world where Marxism and Marilyn Monroe could co-exist with Guns’N’Roses and Che Guevara

These days they’re just another rock band. A rock band with a bassist who's still living in 1992. A rock band which has settled down into domestic bliss. Generation Gap Terrorists. A band that broke every fundamental rule of their ideology: marriages, love songs, children, and drugs.

Like everyone else in the world, The Manics are hypocrites and liars.

And now they want you to buy their latest CD: A hasty, incomplete compilation of their old singles, thrown together without any consideration for order, style or taste
There’s no way to track any form of artistic progression in this CD. Songs are picked up at random from the back catalogue and thrown back down in any order. Any fool with a CD-Writer could make a compilation this bad.

The penultimate two tracks say it all for me.
'The Everlasting' - a dull, sentimental piece of stadium rock balladry, is followed by 'Motown Junk': definitively the best record of the Manics' career. To expose the Manics downward spiral so obviously is cruel. But a lyric that runs “I don’t believe in it anymore / pathetic acts for a worthless cause” and sounds like bad Pink Floyd just shows how far the Manics have fallen from their old selves. Especially when 'Motown Junk' had lyrics such as “Motown Junk / a lifetime of slavery / songs of love echoes underclass betrayal” and sounded like the war inside your head.

What’s worse is that most of the songs here are their lesser singles - stripped free of the band's violent, exciting edge that made them so vital until 1994. The dull stadium dirge of 'Australia', the moaning-rock-star-whining of 'You Stole The Sun', and two forgettable bland new songs.

The new songs? The Manics have now started imitating themselves, and the model they’re trying to copy is circa 1998 - which was a pale imitation of their abilities to start with.
To call this a 'Greatest Hits' is technically accurate - all the big selling singles - but in no way is this a 'Best Of' - some of their best work is conspicious by its absence. Even the track that gives this collection its title, the superb 'Roses In The Hospital', is missing. I won’t bore you with a list.

If you’re new to The Manics I suppose you could buy this - there are some great songs on here. But if you’ve got any of the other albums, you won’t be playing this very often. Go and buy the DVD instead, if you must - it’s got ALL the singles on it.
They promised revolution, and they gave us regret. In 1990‘s 'New Art Riot' they sang - “Revolution soon dies / sold out for a pay-rise” . They saw it coming. The Manics sold out their ideals for bland stadium rock and becoming a cabaret imitation of themselves.

Traitors to the rock cause