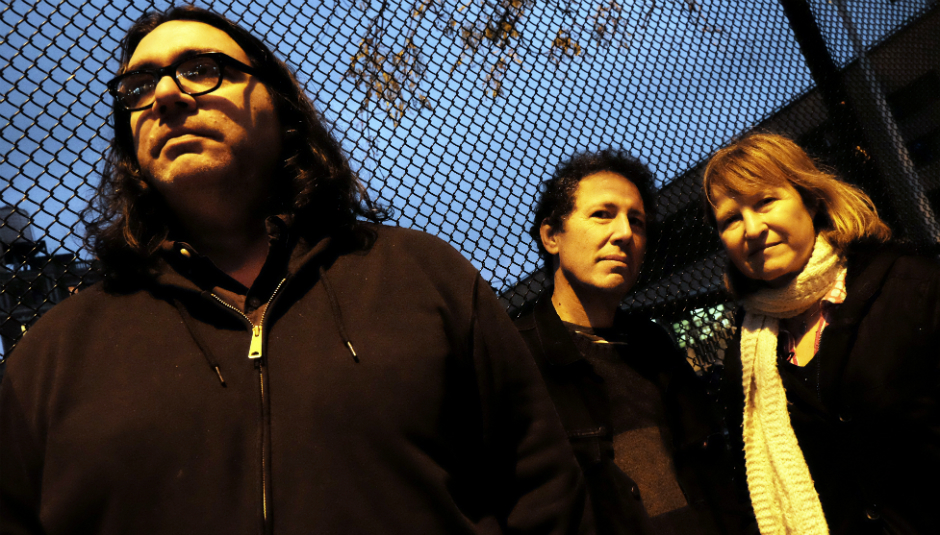 "I’m always a little surprised when we make a new record": DiS Meets Yo La Tengo

"I’m always a little surprised when we make a new record": DiS Meets Yo La Tengo

Drums are fading in. In film soundtracks, the immediate crash of cymbals is never cause for concern, but an arrival of known quantities; the singularity has passed, the explosions are here, chaos reigns. It’s the fade that unsettles, that sweeping sense that war is on the horizon. Yo La Tengo have just made a record called There’s A Riot Going On, and by the time opening number ‘You Are Here’ has swung into full view – by the time the record begins to show its hand – you realise this is, in fact, the most relentlessly serene the band have sounded since Summer Sun. The riot is elsewhere.

Not that they’re slowing down in any other sense. For a band who formed in 1984, some of their finest form has come in the last decade: the jukebox jams of Popular Songs and the majesty of Fade still stick in the memory, both comparable to the trio’s late-nineties critical peak. Speaking to Ira Kaplan, however, it becomes apparent that the band (still comprised of Kaplan, co-founder and wife Georgia Hubley, and 1992 addition James McNew) have little interest in second-guessing what critics might make of each new record, resisting attempts to package it one way or the other. Their job isn’t to guess which records sound similar, or which is the best. That’s yours and mine.

Frankly, it seems, Yo La Tengo have no interest in guessing altogether. Kaplan has always been reluctant to deconstruct perceived meaning in the band’s songs, preferring to let their art speak for itself. But when he talks of playing live, particularly at their annual Hanukkah shows, it’s obvious that he’s still as geekily in love with playing music as ever. Maybe that’s half the trick; Yo La Tengo’s music will never become a sad, middle-aged plea for validation or relevancy, desperate for journalists to pontificate on their genius, because they just don’t care about those things. Ever since 1997’s hilarious and playful video for ‘Sugarcube’, it’s been obvious that the band find the idea of careerism for its own sake ridiculous; ironically, I suspect that’s fuelled their longevity more than anything.

The drums are fading out again. There’s a Riot Going On is quiet, strange, half-underwater, beautifully slow and slowly beautiful. It’s a record that makes the riot outside seem momentarily less frightening – not because we ignore it, but because we find the tenacity to overcome it, to exist and find moments of peace in spite of the world. Sometimes that’s enough.

DiS: I wanted to talk about the recording process for this album. No outside engineers, no rehearsals. It all sounds like a very organic process. Is that a method that you’ve found comfortable?

Ira Kaplan: Well, we hadn’t done it exclusively until this record. Over the last bunch of years, we’ve done an increasing amount of recording in our rehearsal space, for a variety of purposes – so much so that we didn’t even put it together that we were recording an album. We just thought this was a process of writing songs. And then kind of along the way, we shifted perspective and realised we were working on a record.

You’ve often said that there isn’t much of an editorial process in terms of picking album tracks from a session because you tend to record 12 or 15 tracks and then that’s the record. Was it the same this time?

I think everything we recorded ended up on the record this time, yes. But even that process can be pretty fluid. I mean in the case of when we made Fade, we went to the studio with a certain number of things we were working on, and then something occurred to us – in a way, analogous to what we did this time – that we would be working on one song, hear a piece of it that we took way out of context, and create an additional song from it.

Presumably you end up with fragments of songs that end up getting recycled elsewhere?

We’re open to it. Things occur to us, and we try them – it’s not like we set out to do that, sit down with this fragment and say, “Gee, we’ve got to find a home for this” or anything like that. We just followed it.

The new album feels more consistently dreamy than a lot of your recent work. Did it feel like a cohesive whole was coming together as you started working on these tracks?

No, not at all. Even when we’re using elements from other songs, I don’t think we’re ever thinking very hard about those songs. And to amplify that, one of the challenges of putting out the record is finding the record. We recorded all this music, confident that there’s a record that would hold together among what we’ve worked on. But not with a clear idea of where that is, so the fact that we did end up putting everything on it wasn’t a given. We just liked the way things flowed that way.

You always seem like such a tight unit when it comes to the recording process. Is there anyone you could imagine letting into that process in a collaborative sense?

I’ve always had a tough time with the word “influence”. We’re all influenced, and just because nobody was in the room with us while we were writing and recording the record doesn’t mean this record sprang from our brains, that we’re unaffected by outside factors. I’m open to any possibility.

It always thrills me when I hear a new band and think, “Ah, they’re clearly Yo La Tengo fans,” especially as you’ve covered such a broad span of genres. Do you listen to much new music?

Kind of inadvertently. We listen to WFMU a lot, and they play a lot of old music but new stuff too. I would say, personally, I don’t seek it out. I don’t think it’s important to keep me grounded, or any of the possible reasons someone might seek out new music. But I hear some of it.

You’ve played around a lot with the live shows over the years, including the Wheel tour, which I would love to make a comeback – particularly if we get to see you performing another episode of Seinfeld or Judge Judy…

I think seeing that sounded better than the reality! It’s more like something you survive, and then you feel stronger because of it. I’m not sure how enjoyable the actual experience was for the audience.

You think maybe the concept didn’t live up to the billing?

Oh, I think it lived exactly up to the billing!

Are the setlists likely to be a spread of different eras, or is that something you’re still deciding?

We are deciding that. Typically our sets change every night, and I think our expectation is that that will continue. But at the moment we’re practicing just our new songs – mostly because we’ve never played them before. Even when we recorded them, we didn’t really play them! But even if we had a process of learning a song, or even re-learning a song years after recording it, it’s all changed based on how the song itself changed during the recording process. For the new album, we never actually played these songs while we were recording them; we typically played them one track at a time. So we’re learning how to play these songs. We did just do a series of shows over Hanukkah in which we played a tremendous selection from our catalogue.

Well no, we went much deeper than that. We never repeated a song over eight shows. We went all over the place. So at least for a lot of our older songs – I wouldn’t go as far as to say we remember them, but we’ve played them recently. As to how we’re going to integrate the old songs and the new songs, I think that will change every night, and it will take shape as we do it.

Do the songs still evolve as a live beast?

Oh sure. I think that’s one of the reasons it’s fun to play them live, because they’re not locked into any single approach or way of looking at them. At the Hanukkah shows, we had people playing with us much more than we didn’t. We did a few songs as a trio, but really not that many; most of the time we had someone on stage playing with us. So even if Georgia, James and I were playing a version of a song fairly faithfully to the way we usually play it, the sounds of what other people are providing always makes you hear it in a different way. It’s always open to something.

I know you’ve made it clear in the past that you’re not a big fan of providing cliff notes for the records, that you prefer to leave room for interpretation. But as a title, There’s A Riot Going On feels kind of prescient right now. Do you feel like what’s going on in the news seeps into your work, or do you prefer that what you do as Yo La Tengo exists outside of that?

Is it sometimes the case that a specific emotion has been channelled into a song or the lyrics, but you’d rather not spoil someone else’s interpretation by saying, definitively, “This is about a particular experience I had”?

I don’t think the words I’m writing are these imaginative stories…I think you can reflect yourself without being literal.

Do any of you harbour creative ambitions outside of music at this point?

Me, personally? No. But James and Georgia both did a ton of art in the last few years. Georgia just had an art show up in Northampton, MA that came down recently. That was very exciting for us. James had those really cool wild styles mini-books of his drawings. Everyone’s open to different things.

Can you ever see a day when you decide to call it quits?

I don’t know. Obviously, there will be a day when we don’t do this. We’ve never planned to stop at a certain time and we’ve never planned to keep going. I’m always a little surprised when we make a new record. At certain points, like right now, you do think, “How would we ever make another record?” And age absolutely plays into that. You just don’t know what’s going to happen. I plan as little as possible.

I personally love the idea of the three of you in your seventies, still blasting out Painful.

Well, we’ll see! I’m not saying no and I’m not saying yes. Just over the weekend I saw Agnès Varda’s new movie – Faces Places is the English title – and it was just so profound and incredible. 88 when she made the movie!

I believe she was the oldest ever Academy Award nominee. When Yo La Tengo make their version of Some Kind of Monster, aged 89, I think you’d be in with a shot at beating her.

Yeah, we’re not gonna stop until we get a Grammy nomination! So if we have to keep going up to 99 or 103 till the Grammys come knocking, it’s gonna happen.

There’s A Riot Going On is out on 16 March via Matador Records. For more information about Yo La Tengo, including forthcoming tour dates, please visit their official website.