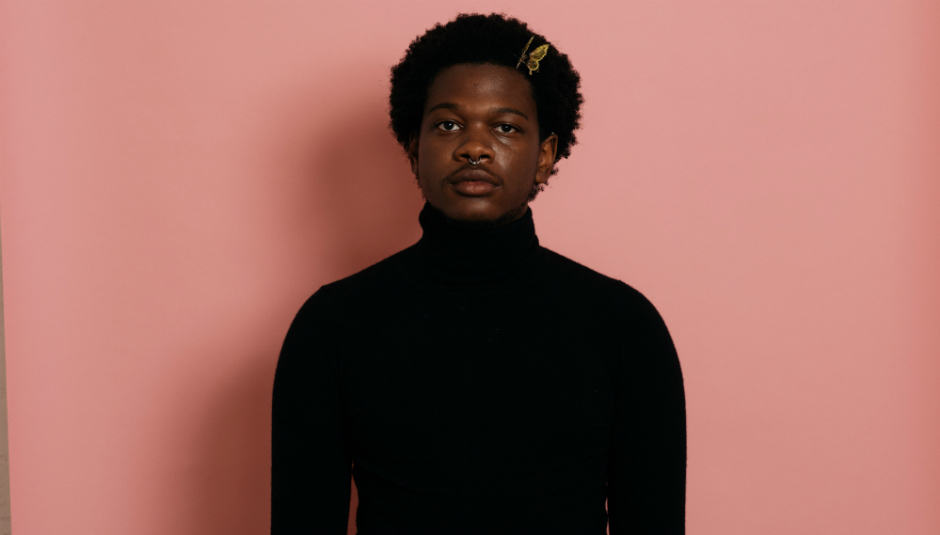 It's safe to say that since releasing the acclaimed Ratchet in 2015 and being anointed as a superstar in waiting, life has been somewhat difficult for Shamir. Struggling with the hype and weight of expectation attached to his nascent career, the shy Las Vegan found it hard to walk the path that had been laid out in front of him. Eventually dropped by XL, he recorded a follow-up album, Hope, in just one weekend and self-released it on SoundCloud.

Having split with his management, he endured further torment through a psychotic episode that left him hospitalised, and led to his diagnosis as bipolar. Recovering at home in Las Vegas, a two-week spurt or writing and recording led to Revelations, his third, and most personal, album to date.

Here, Shamir talks us through the inspiration and meaning behind each of the ten new tracks.

'Games' is one of the older songs off the record. I wrote it last year after I made the decision to leave LA to make music on my own in Philadelphia. It was my last trip in a while and I had an urge to write a piano song. I asked my friend if she had a piano, she let me use her Rhodes and I banged it out after a whole bottle of wine. The vocal is a drunken one take of all my frustrations with the music industry.

You Have a Song

This one is about a friend of mine who stopped communicating with me after a hard time in my life. It really hurt at the time and I didn't even want to write a song about it but it came out anyway. That's why In the chorus I let the person know in the lyric: "Don't think you're special because it's about you".

This is the only track on the album that was co-written. I wrote it with my best friend on a bus. We decided to make a song about the struggles of being a millennial and in college, and she's a friend who is in college so it was very cathartic for both of us to write. I originally wanted her to sing it but she didn't want to, so I took it upon myself because I thought it was an important song.

'Her Story' is a play on the word "history" and how historically women and female individual's version of history often gets downplayed. It also ties into my situation personally because there are a lot of things about me that are told second hand by men without me being heard or able to clear up, and the lyrics kind of deal with the frustration that comes with that.

Blooming is about how I had the worst spring of my life. Like as soon as spring came I was hit with a bunch of personal turmoil, and it really forced me to become a stronger person.

This is the oldest song on the record. It was written nearly four years ago and was supposed to go on the first record. It was crazy how the song fit better in context now with this album and my personal life. It's really just an uplifting song about not letting the stress of life get you down and staying positive.

This song is about a hallucination I had when I fell into psychosis. I visualized my own heaven. It felt like I was approaching, but not quite there. I think it represented the fact that I was near death but not ready to go just yet.

This one is also about a near-death experience, but how I would feel if I did cross over. It's about how if I was to pass, I would hope that my spirit still pushed for positivity in the world.

'Straight Boy' is a song about how straight boys aren't that reliable due to a false sense of pride they uphold which isn't helpful and usually toxic. It's about how virtually none of my straight friends were there for me in my time of need. It also deals with how straight boys constantly use queer and LGBT aesthetics for personal gain and exploitation without really helping out the cause or giving credit to the originators.

Revelations is out now via Father/Daughter Records. For more information about Shamir, including forthcoming tour dates, please click here.

A Slow Build Towards Overcoming: DiS ...