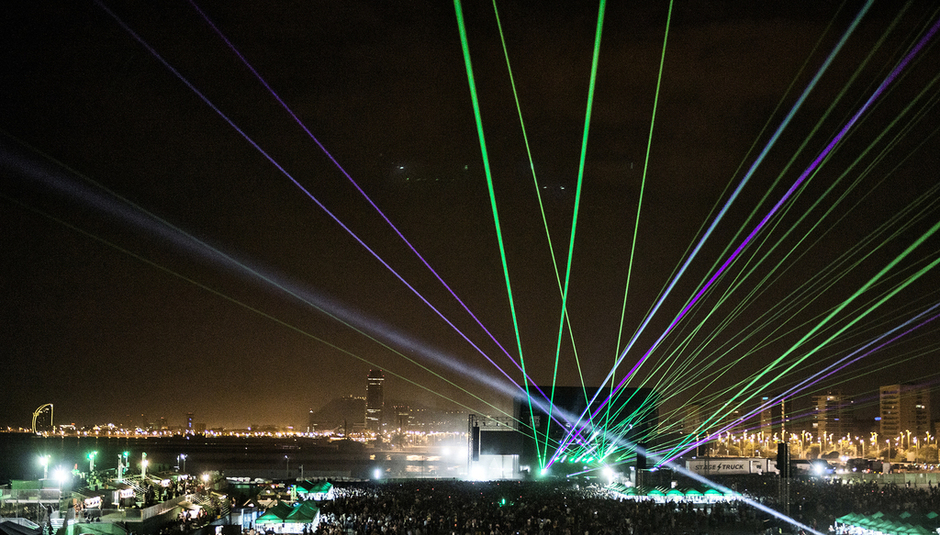 Ever get that feeling of déjà vu? I’ve gone to the last four instalments of Primavera Sound, and have started to see the same bands come and go. I saw Arcade Fire four years ago, and I (don’t bother to) see them again this year. Bon Iver is back. Run the Jewels were here only two years ago. Mac DeMarco returns to the stage opposite where he played in 2015. I’ll bet money that Tame Impala and/or The Strokes will be back next year or the one after.

There’s a reason for this, and it’s by no means a natural cycle. As Spanish newspaper El Confidencial has previously reported, 90 percent of the bands and artists that play Primavera (not to mention FIB and Sonar) are signed with a dozen or so powerful music agents, nearly all of which are based in London. In the article, it’s referred to as a mafia. And so every September or October, the bookers head to London to bend the knee to the UK’s musical godfathers, and thus acquire their headliners. It’s all a predictable fix tied up long in advance. And non-anglo-centric acts hardly get a look in because: London.

Of course, festivals are big business and it’d be naïve to think that bookers are in it for idealism. Once, I suppose, these were less commercial gatherings celebrating music and culture from outside the mainstream. That era, if it isn’t some chimeric golden age that I’m just imagining, has long since passed, and a handful of formidable British agencies essentially run the show. No wonder all the festivals in Spain and elsewhere end up looking the same, largely repeating chunks of their line-up every couple of years.

I know what you’re thinking. ‘You killjoy. You get a press pass to Primavera and all you do is moan.’ You’re probably right. But allow me to point out that I did have a good time at Primavera Sound 2017. Four days listening to some of the best music around right now in one place – there are worse things to be doing with your time. That doesn’t mean I have to like the morals of it. I can love beef while admitting that it’s probably unethical to eat it and I should turn vegetarian.

Primavera’s line-up looks astonishing on paper. And yet the first day, Thursday, leaves me a bit meh. Miguel seems fun, his vocal acrobatics providing a pleasing contrast to the more rocking sounds on other stages, but I can’t get anywhere near close enough for it to move me. Kate Tempest is a ball of passion and poetic rage for which the crowd go nuts, but it’s a bit too earnest for me. Earlier in the night, This Is Not This Heat are intriguing and refreshingly experimental, but this doesn’t seem like the right setting for them.

Thankfully, there’s a silver lining to the first day: The Zombies, performing their seminal Odessey & Oracle in full to mark its fiftieth anniversary. Staged in the auditorium, it takes a few minutes to get in the mood, but the tender way in which the group run through tracks like 'Care of Cell 44' and 'I Want Her She Wants Me' soon means I can’t keep the grin from my face. If anything, the blissful pop of the second side of the album and set is even better than the first. By the time they reach the closer, 'Time Of The Season', I’m calling this a life-affirming set.

On Friday, it’s either an intense hangover or a lacklustre performance that’s the problem, but Mitski’s set fails to live up to perhaps unrealistic expectations. 'Your Best American Girl' feels less colossal than on record, and is a letdown. When she falls to her knees and thrashes the bass with a blank expression on her face, it seems contrived, as does her donning of sunglasses and strutting off stage at the end of the set.

The Magnetic Fields will make everything okay, I think. But after queuing for ages to get into the auditorium to see them, I realise it’s ticketed, which wasn’t a thing yesterday for The Zombies. It’s been said before, but tickets to a festival that you’ve (not me, admittedly) already paid a big sum for? As the Spanish say, pfft.

Mac DeMarco lightens the mood afterwards with one of the most bizarre sets of the weekend. Cheerful renditions of 'Salad Days' and 'Freaking Out The Neighborhood' make for an ideal soundtrack to the sun going down, but then there are the antics. During a ten-minute breakdown for 'Together', accompanied by nothing more than an interminable non-solo from the lead guitarist, DeMarco strips down to his pants, gives himself a wedgie and sets light to the hairs on his legs before screeching tunelessly into the microphone and finishing the song. I’ve never entirely warmed to DeMarco – generally, I don’t find him earnest enough. Tonight, however, I’m sold. It’s just about having a good time.

Later, I spend an hour being terrified out of my wits by the tremulous, eerie black magic of Swans. Then it’s a quick dash to Run The Jewels, who for the second time at Primavera prove underwhelming, though they do manage to get about 10,000 people jumping up and down as one.

By Saturday, I’m beginning to struggle, but a twilight set by Angel Olsen and a concealed flask of tequila give me back that lust for life. Olsen’s spellbinding voice washing over twinkling guitars and Grizzly Bear-meets-country mood is just what the doctor ordered.

Afterwards, Metronomy’s infectious synths and sexy basslines maintain the good vibes, and the whole crowd sings along to English Riviera classics like 'The Look' and 'The Bay'. It’s impressive how such tracks seem to have grown from bedroom popsters to anthemic stadium fillers, even if I do find myself fondly recording the more intimate set they played here in 2013.

Grace Jones enthrals with hits like 'Pull Up To The Bumper' and 'Slave To The Rhythm', along with bold covers of Roxy Music’s 'Love Is The Drug' and Iggy Pop’s 'Nightclubbing'. Most memorable is her stage presence. Naked but for body paint, hula-hooping her way through songs, and wearing stunning headdresses, she’s like some deity come down to wow the mere mortals.

A bit less crowd-pleasing is King Krule, who offers up a dizzying mix of jazz, rave, hip-hop and rock’n’roll. It’s a thrilling if somewhat nauseating ride, worth seeing if nothing else for the incredible rendition of 'A Lizard State' off the 2013 album 6 Feet Beneath the Moon.

Enjoyment of Skepta is marred by learning of the London attacks. Later, Haim play one a surprise set, and though I thought I wasn’t a fan, its joyful energy and triumphant riffs prove the perfect antidote to the cynical cowardice of the terrorists. The same can be said of festival-closers !!!, whose thundering percussion, dance-demanding guitars and breathless vox exhilarate those of who’ve made it to the end.

It’s not over just yet, though. The following night I have just enough left in me to make it to Japandroids at city venue Apolo. I’m glad I drag myself along, as the set is one of the best I’ve seen in years. After technical difficulties besieged their performance at the main site the day before, this intimate venue seems like the proper setting for the duo’s runaway indie-rock. Half the crowd, including yours truly, end up crowd-surfing. It’s the perfect finale to the festival.

How to square all of those good times with that opening rant? Well, a bit like my changeable views on earnestness in this article, shit is complicated. I can think of few ways to see so much incredible talent in one place than going to Primavera. Just bear in mind that this is a festival of largely English-speaking bands drawn from a few dominant English agencies, all for an audience that’s more English every year. It’s fun, but I can’t help thinking of my beloved beef. You know, it might finally be time to go veggie.