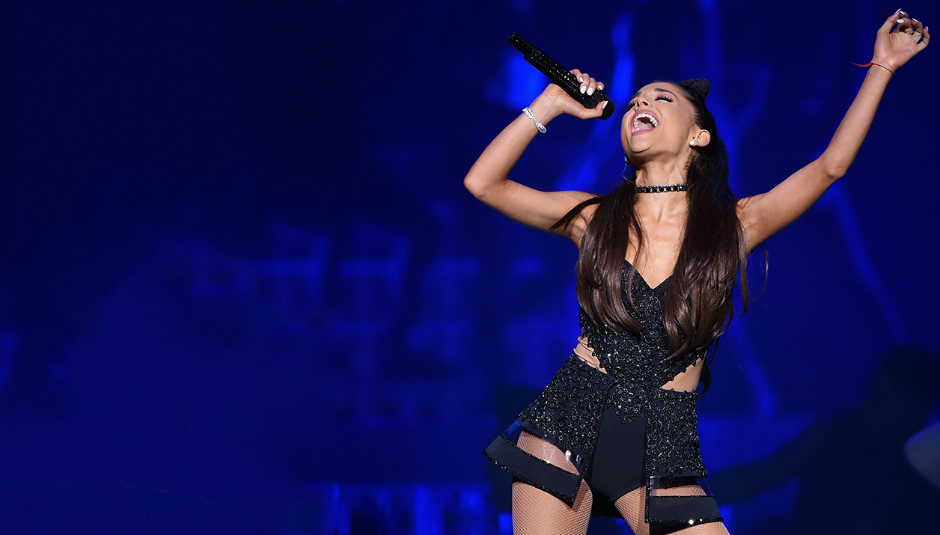 As we learn more and more about Monday’s horrific attacks during the Ariana Grande gig in Manchester, so, too, come the think pieces. In a way I’m reluctant to add to them; I’ve always been resistant to trying to jump on topics like this. And yet, you will note, on this occasion that hasn’t stopped me. Because one thing is undeniable: the choice of this particular gig, this artist, most of all this audience, was no fluke. Teenage girls (and some younger than that) and LGBTQIA+ fans were targeted, deemed the correct victims to show that really nobody is safe. I’m writing this because there’s a huge part of me that desperately wants to do a small bit to reclaim that safe space for them, and why it so vitally needs to be pop gigs.

My teenage years were spent at such gigs. Usually boy bands like Boyzone or Another Level - one pleading for us to love them for a reason, the other asking to lick us up and down till we said stop. As 90s teens, what we learned most of all was that there were men out there who’d do whatever we wanted, and do it to us, we just had to let them. Of course, the gigs were spent mostly whipping us - overly hormonal girls needing an outlet because Colin in Drama class was still confused by the word ’snog’ - into a frenzy. But a safe, contained one, where we didn’t have to worry about embarrassing ourselves and everyone knew exactly what we meant. Unlike Colin from Drama.

Thank God we had the Spice Girls as a counterpoint to tell us to concentrate on friendship and career goals, at least. But always, a firm Us and Them dichotomy: you can be friends with girls, or sleep with boys, but only so long as the boys chose you and it all stayed decidedly heteronormative.

In that sense, the teens of The New Tens have it so much better. Janelle Monae outright states she wants both men and women to find her attractive. Miley identifies as pansexual (meaning I will probably have to explain ‘pansexual’ to my parents at some point). Ariana Grande shows young girls that they don’t need to wait for the cute boy to ask them out, they can do the asking and walk away if he’s not up to snuff. It’s not only alright to be a confident woman, it’s your entitlement and right. You don’t need to look down in embarrassment when Colin from Drama walks by; you look up, and look him in the eye, on your terms only, because he should be so lucky.

Being a fan is more - has always been more, will always be more, so much more - than simply liking an artist. Your favourite artist is only ever at their best a figurehead, a ringleader enabling people to come together as a community. Never is that more the case than with today’s pop stars, showing people around the world that there is always, always, always at least one person who will accept them just as they are - and probably many more. And there'll be twenty thousand other people in a room with them, celebrating as they together discover, embrace and shout to the world their loves, dreams, and hopes.

It is unfathomable to comprehend the trauma these young fans will be going through right now and for years to come, their place to come together and to openly celebrate their lives so callously invaded and ripped apart from the inside. Difference scares some people, enough to want to destroy it and everyone who celebrates and embraces it.

But that’s why we fight. For difference. For acceptance. For the right to proudly call ourselves gay, lesbian, autistic, trans, or simply female, and not be torn down for it. For a young woman's right to learn about her own sexual agency from the big sister pop star, even if we ourselves don’t get the music at all. For Colin from Drama, realising he fancies Ben from Maths. For the boy just starting to understand he might actually be a girl. For love.

We celebrate the victims’ lives and remember how they embraced their many loves and passions during the time they were here, whether it was playing the bagpipes, Deirdre Barlow, their own nascent creativity, or simply their parents and friends. We embrace our own passions even harder, knowing that it’s our adoration of Radiohead, cricket, Studio Ghibli, writing, or Ariana Grande that gives us a safe place to explore our lives and meet our like-minded friends or our future families. And we are never, ever afraid to love whoever we love.

We don’t look down, hiding ourselves away in fear that someone may hurt us for being who we are. We look up, knowing our hearts might break at what we see. We look up, even when our hearts are actually breaking. We look up, knowing this one single act scares those afraid of difference more than anything else. That’s what Ariana Grande teaches her fans, and why pop gigs are so important, now more than ever. We look up because there’s no greater thrill in the world than to see someone looking up at us, accepting us for who we are, and we will never give that up. We always look up.

“My father always said it was the pin...