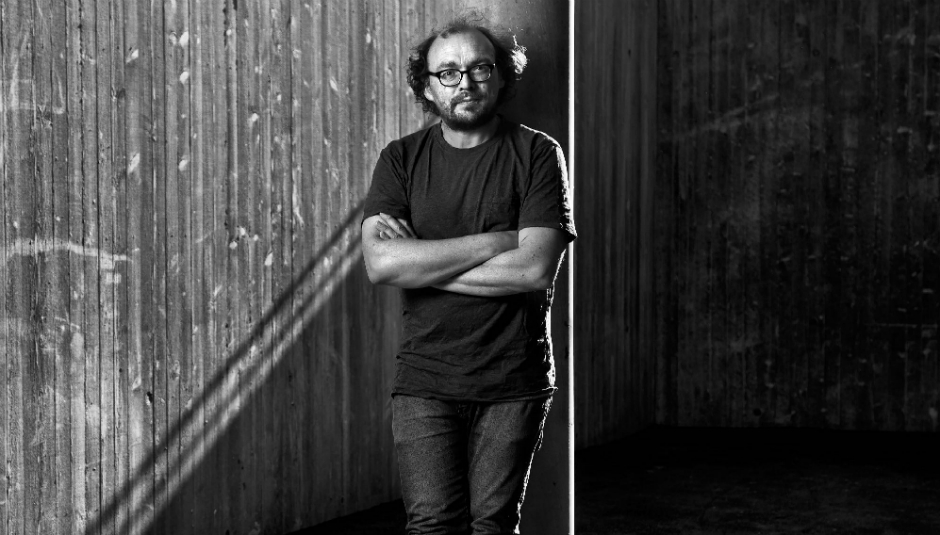 Concluding our series of interviews for FLOAT presents Piano Day is the Norwegian Jazz pianist Bugge Wesseltoft. Known for combining modern jazz with electronics, Bugge’s style is characterised by a free and lyrical way of playing that is rooted in his self-taught method of improvisation.

We had a few words with Bugge to talk about the upcoming gig, the risk of the unknown, and the beauty of improvisation.

How did you feel when asked to play for piano day this year?

Well, I love the piano, and for me, the piano is the most beautiful instrument in the world when it’s well tuned and sounding great, so it’s wonderful to play for Piano Day.

How did you get into the piano?

I’ve been playing since I was two years old and I’ve just loved it ever since. I’m not educated in any way, so everything I do is self-taught. For many years I didn’t have a piano, and during that period I was trying out different electronic stuff. Then when I turned 22 I bought my own piano and started playing again.

Is that why you began to improvise in your music – because you were self-taught?

Yeah, possibly. I was just always sitting down trying to play songs I’d heard on the radio, learning my own way on the piano. I never really went to a teacher or anything, so maybe that’s why, but I’m not sure really…

You started working on your solo stuff about 15 years ago. Is that when you decided to incorporate both the piano and electronics in your set?

Yes, so when I had my group it was difficult with the piano as there was conflict sound-wise with the drums, the bass, and so on, and it was very difficult to get that great piano sound. So I decided to try a solo thing – there’s much more room for all those wonderful overtones in the piano, which all disappears when there are too many other instruments playing.

So do you have an idea for what you’re going to play for Piano Day, or will it just be a case of going how you feel?

I’m very open in that sense. I’m going to collaborate with the percussionist Andrea Belfi, which I’m very much looking forward to. It depends on the setting really. My father’s a jazz guitarist so I grew up trying to play all those jazz piano tracks, but then during my teens, I discovered more ECM type stuff, and since then I discovered more traditional and contemporary music, so I have a lot of influences and try to incorporate that into my improvisations. Normally, I just try to get in touch with the setting actually and just try to play from there. So it depends – on the venue, the audience, etc. Hopefully, I can incorporate some laptop stuff, as I do a lot of live treatments and mix my piano with more electronic sounds, but I have to just wait and see what happens on the day.

I suppose, but it’s more just trying to be there in the moment and trying to capture the energy that’s existing there and then. I think that’s fascinating at least…

Do you often have this situation where you’ll be collaborating with someone on the fly and not have much time to prepare beforehand?

Yes, and I really love that. Many of my favourite musical moments have happened that way. You go on stage and you really have to deliver something, and that’s quite challenging, but also you’re really focussed, and it can be really spontaneous. Obviously, there are benefits to rehearsing, but on the other side, I really love those uncertain moments where you’re just like what the hell’s going on, what’s going to happen next? And I think also for the audience it’s interesting, because the world is full of finished products – when you hear a record, or see a film, or read a book, it’s all finished – but in jazz music some of the essence of that is that uncertainty where you don’t really know what’s going to happen, and that’s a feature of jazz which should be more up in the air I think.

It’s about exploring each other musically on the fly…

Yes, it’s like getting to know each other. In this jazz setting, I’d actually like to have a series that’s inspired by Dogme film – the Danish film concept. So you could do the same where you have people actually meeting for the first time onstage, and the audience knows that. The fascinating thing for them will be seeing whether they ‘make it’ or not.

I imagine though a lot of musicians might not like to do that because of the risk involved?

Yes, but the risk is a part of playing. The challenge makes you more focused and conscious, and you really have to be there. Also for the audience, it would just be interesting, even it’s a complete catastrophe, it would be nice to go “ok they didn’t make it”. You’d be on the edge all the time, not knowing what was going to happen next.

How important is it to sound check?

Well, it is important of course, but I like to get in touch with the room just to hear what’s going on. At least if we could try to incorporate the acoustics of the building [Union Chapel] that would be fantastic.

Most musicians get to tour with their own instrument, but it’s different for pianists because they’re always travelling to a new instrument that they’ve not necessarily played on before…

Yeah it’s really unfair, isn’t it? [laughs] It’s always like that – guitarists, saxophonists, always carrying their own instruments. Yeah, we do of course have to take what’s given to us – unless you’re Keith Jarrett or someone, who can get another if you’re not happy. But on the other hand, it’s like a new meeting, especially the improvised part, to learn more about that particular instrument, what sounds good, what doesn’t work… I heard a fantastic story about the Köln concert with Keith Jarrett (which turned into the best-selling piano album in history) where he came to Köln and they picked the wrong piano, it was like a really small, old grand piano. At first, he refused to play on it because it sounded so awful, but then he had the piano tuner working for hours trying to get it. And then for some reason, he did the concert and when you hear the recording it sounds like a fantastic grand piano. But it’s just the way he plays it – he treats it for what it is, and he makes that silly grand piano sound fantastic.

If you hear it you can tell that it’s not the best piano sound, but there’s something in the way that he plays on that particular piano that makes that recording so special.