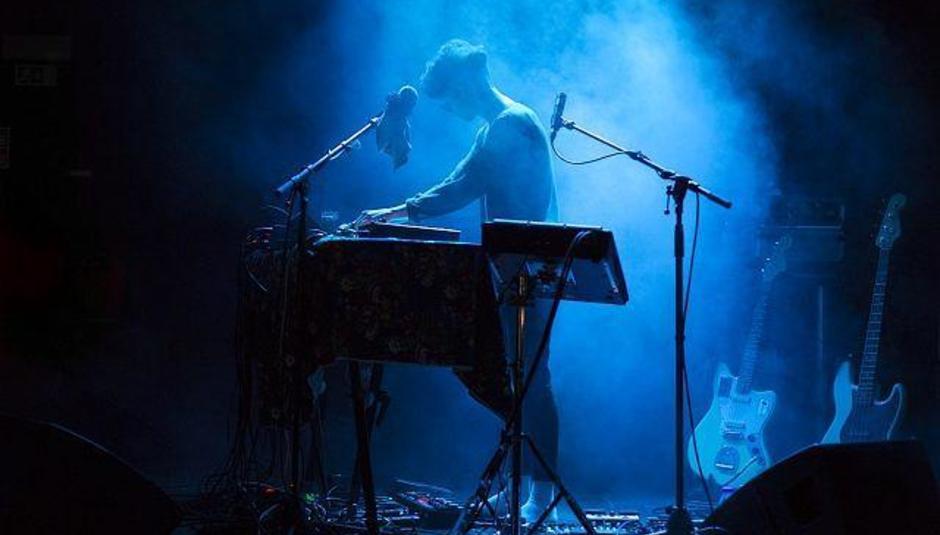 WHY Portugal: The Road To Eurosonic

WHY Portugal: The Road To Eurosonic

"First time I went to Eurosonic was in 2002,” recalls Nuno Saraiva, Project Lead of WHY Portugal, a music exchange platform promoting this year's Eurosonic Country Focus. Nuno's team have done an impressive job: Eurosonic 2017 will feature a record-busting 21 acts from Portugal. The highest number in the history of Focus Country showcases, I'm told.

For Nuno, however, getting to this point has been a long and arduous journey. Up until the late noughties Portuguese representation at Eurosonic was normally just one act, traditionally chosen by the national radio station Antena 3. There's never been a lack of local talent, but a lack of industry infrastructure prevented Portuguese artists from getting wider recognition outside of their own country. According to Saraiva, trade association like MFF (Music Managers Forum) and APORFEST (Independent Festivals Association) were all formed in the last five years, and their existence has made a critical difference to the way Portuguese music is now regarded by the European music industry.

From the pioneering alt-pop Brian Eno collaborators The Gift to the celebrated scratch avant-gardist DJ Rid, from Porto's electronic experimentalists Holy Nothing to the fado and afro house concoctions delivered by the Lisbon duo Octa Push, WHY Portugal's Eurosonic bill is refreshingly diverse in its musical and geographic representation. Speaking with the artists it quickly becomes apparent that the country's location and seafaring tradition have resulted in a unique music culture that blends the sounds and rhythms of Africa and Brazil with broader electronic, pop, and rock references from Europe and North America.

Catarina Miranda, vocalist with Bruno Miguel's electronic pop project :papercutz, agrees, adding that certain genres or sounds are more pronounced in different regions. “The north is folkcountry. Almada – the other side of the river from Lisbon – is about metal, hip hop, and punk. Lisbon is more representative of African influences or our experimental electronic scene, while the centre of the country sounds more post-rock and pop.”

Formed in 2005 in Porto, :papercutz career has already taken them to Europe, US and Asia, with confirmed showcases at both Eurosonic and SXSW in 2017. Their own sound is a reflection of the proliferate eclecticism of Portuguese sound: upfront vocals, tribal rhythms, and atmospheric ambient textures come together in a delicious cocktail of powerful pop magic.

Speaking of the Lisbon scene, Joana Duarte from the pop rock outfit The Happy Mess echoes this mood. “Despite the economic crisis, the will to create our own language in our work is growing stronger. There is a resurgence of subcultures and all music genres.” Drawing inspiration from the likes of The National, Arcade Fire, and The War On Drugs, The Happy Mess build their sonic language by extending the conventional indie formula to include elements of folk and electronica into their stadium-friendly rock.

And the band are also keen to share their excitement about the growing number of Portuguese independent labels. Lisbon's Príncipe – the label that introduced the world to the African styles of batida and tarraxo - has an almost legendary status. “It began as a small, underground label, and now it’s taking on the world with its own unique identity.” Omnichord Records - started by Hugo Ferriera in an attempt to harness local talent in the city of Leiria - are now showcasing artists across Europe, with First Breath After Coma set to play at Eurosonic 2017.

Perhaps unsurprisingly, this enthusiasm and burgeoning diversity are reflected in the impressive expansion of the Portuguese festival market. Three million festival punters in a country with a population of 11 million is an impressive statistic. “And it's not just about the mega festivals,” says Nuno Saraiva. "APORFEST published a book listing about 400 festivals, 280 of which are active. They range in size from small town events to things like Bons Sons dedicated to new Portuguese music. There's everything from world music at Sines Festival to really niche avant-garde festivals of electronic music like Semibreve in Braga.”

As is the case in the UK, the growth of the festival market does have a negative impact on the more traditional touring ecosystem. Summer touring is simply too focused on festivals. The critical difference is that up until recently, the Portuguese touring circuit was dominated by the municipal cultural centres, largely comprised of small seated venues. “We never developed a commercial venue circuit able to compete with municipal venues that could pay thousands of Euros for an act to perform in front of a hundred people,” notes Nuno. Then came the economic downturn, bringing savage funding cuts in the arts. But, as they say, every cloud has a silver lining. For people like Nuno, this situation presents an opening for Portugal to create a new network of venues. “At the moment, only bigger cities like Lisbon, Coimbra, and Porto have good standing venues. You can only build a small tour with that. We've got work to do.”

Attracting close to 4000 music industry professionals each year, Eurosonic is a festival of opportunity. For the majority of Portuguese artists, it's a chance to present their music to different audiences, with an added potential of securing a good publishing deal or an extensive European tour. And as some are quick to point out, international validation can have a very positive effect on domestic success. Tangible results aside, for Nuno WHY Portugal's objectives also centre around creating “a sense of unity within the mission”; the unity that would enable Portugal to have a stronger voice within the European music network. “That’s the other really important piece of the puzzle,” he concludes with a hopeful smile. “Once Portugal is established on the map, instead of going back to having one or two artists per year - maybe we can have a flow of four or five artists. Like other countries do.” Judging by his passion and determination, I am in doubt we'll be hearing more Portuguese music.

WHY Portugal are hosting the following events at Eurosonic Noorderslag:

For tickets and further information about Eurosonic Noorderslag visit the official website.

"Obviously it's a total fucking disas...