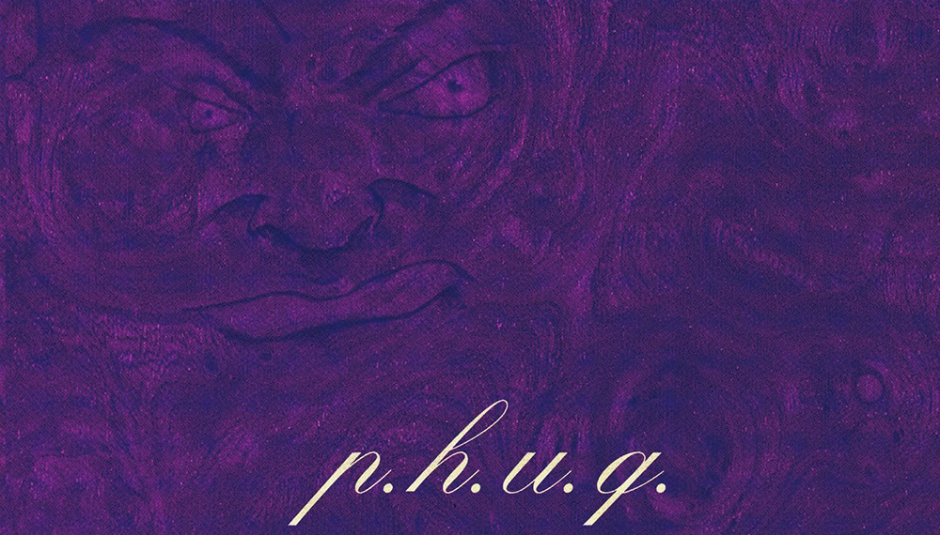 The Friday Fangasm: P.H.U.Q. by The Wildhearts

The Friday Fangasm: P.H.U.Q. by The Wildhearts

Just over 20 years ago Ginger Wildheart wrote an LP of profane, hardcore-pop. It was a UK Top 10 seller, and spawned a sleuth of singles that shouldn’t have been hits – yet they were. The Wildhearts were a scuzzier, Northern version of Motley Crew, but with more kudos. The took their drive from bands such as Cheap Trick and Toy Dolls, creating a sound that was ultimately very British, very heavy with songs that were incessantly catchy. They looked like they’d been dragged out of the gutter, with the vocabulary to match, and with P.H.U.Q. they’d managed to put out an album that could go head-to-head with any of their contemporaries. But back then, it seemed that the world wasn’t ready for The Wildhearts; arguably, it still isn’t.

Here was a band that were on a path to self-annihilation, with P.H.U.Q. capturing them at their very peak, teetering on the edge of greatness while hanging onto the edge of survival. There were copious amounts in-fighting, and by the time they’d recorded P.H.U.Q. – technically their second LP – the drummer had already been replaced, and CJ, the second guitarist in the band, had left. P.H.U.Q. should have been the doorway to greater things, and in a sense it was, as the band flew very close to the fiery embers of the sun.

The Wildhearts were a band on the outside, seemingly wanting to be on the inside, rock n’ roll to the core, with stadium-filling hooks and melodies to match. Yet they were never quite accepted by the mainstream. Perhaps it was because their album was called ‘Fuck’, or that for their music videos, they filmed themselves throwing up into each other’s mouths. Or maybe it was their temperament, having once gone and smashed up the offices of metal magazine, Kerrang! They were drug-taking, profanity-spewing, rock hedonists and had all the tropes of a band that walked the tightrope between God-like-geniuses and self-destructive, maniacal misanthropes. The Wildhearts were the real misfits of their generation; too outlandish for the radio and too mainstream for the metal scene. Outcasts to the bitter end, not giving a single fuck; that’s what made them so appealing.

Not counting what were essentially mini-albums and EPs, (i.e. Don’t Be Happy… Just Worry and Mondo Akimbo A-Go-Go) The Wildhearts kicked a smiley-face and crossbone-shaped hole into the UK music scene in 1993 with the opening track from their debut LP Greetings from Shitsville. The album that followed - P.H.U.Q. - set the benchmark for what people could expect. Lead singer Ginger and his ever-revolving door of cast members had assembled a collection of tracks that had sheen and depth, with a more-refined appreciation for composition alongside acumen for solid riffage. P.H.U.Q. was far more polished and accessible than their debut; less gritty and urban, more visceral and urgent. It drew on a wider field of influences, from Eric Clapton to The Beatles, with harmonies that were influenced by more sixties sounding acts. But it wasn’t originally meant to be this way. P.H.U.Q was originally intended to be a double-LP, an idea that was shot down by their label. The tracks that didn’t make the cut were more complex, built upon more multi-faceted arrangements, and ending up on the following fan-club release, Fishing For More Luckies. But what was left was an album full of punch, rigor, and pomp, working more in their favour. Riffs and melodies are at the very crux of P.H.U.Q, with alternating scales and time-changes that take songs out of their original alignment, twist them, and bring them right back into place for a final, blistering crescendo. As a teenager growing up in what was essentially a post-grunge era, P.H.U.Q. presented itself as an album that took the best out of what was happening stateside – the loudness, the structural dynamism, the hooks – and added a sense of irony, with more colour and instrumentation. The likes of Chris Cornell and Mark Lanegan, parading their morose, depressing songwriting, were being shown up by The Wildhearts’ twisted parody of lurid rock music to a crowd that wanted something more genuine.

And this is what The Wildhearts gave you. A smack to the face with a brittle stick of gritty reality. ‘V-Day’ lambasted their lack of success - ‘I’ll never get the money that they get’; ‘Just in Lust’ a song about one-night stands – ‘We only did it for the company’; yearning love on ‘Be My Drug’ ‘Hold me, tighter than I ever thought I could be, tighter than you hold your memory’. A band that lived on the road, they carried this sincerity with them like a ball and chain, often bringing them down. You felt their pain and their happiness. Fans stuck by them through their highs and lows, because The Wildhearts wore their hearts on the sleeves – somewhere next to their tattoos.

It never quite happened for them though. Having found a long-term replacement for CJ, the band – who were in hiding in New York at the time – carried on quarreling with their label, and touring until it nearly killed them. Their third and final LP before they went on hiatus, Endless, Nameless, was a drug-induced embellishment of noise and arrogance. The Wildhearts blew themselves apart, only to be reunited several years later for an album aptly titled The Wildhearts Must Be Destroyed, which triggered off more incidents of in-fighting and drug abuse. It was this volatility and rawness that sadly made The Wildhearts such an endearing band, and more to the point, why P.H.U.Q. was such a vital record. It captured a band at their best and at their most creative, free from the bullshit that seemed to beset them at all other times. “I'll try, I guess, I'll never be affected like a bigshot,” sings Ginger on V-Day, “and I'll be smiling much longer / I'll make some sense if it kills me, and I'll be smiling on (V-Day).” For Ginger, it never did kill him. We can only hope that somewhere he is smiling.

“It’s always about using music as an ...