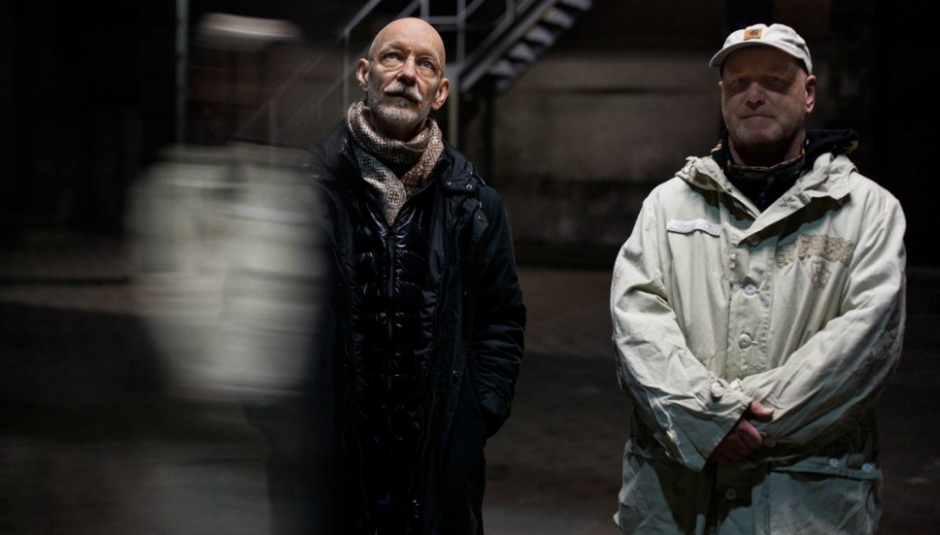 The Orb's Track By Track Guide to COW / Chill Out, World!

The Orb's Track By Track Guide to COW / Chill Out, World!

"We wanted to make an ambient album that reflects The Orb in the 21st Century, and we knew Kompakt records would embrace us fully. It’s a record we hadn’t even thought about this time last year, but we got stuck into this anti-protest album idea, in that we called it Chill Out, World. Life's to short, or as my father would have said: "You’re a long time dead lad.”

This is an album from the heart and soul of The Orb, opening our textures to fondle your ears and snooze your mind. Trip out, turn off, and take time out.

Going forward, there are plans for more music and a road movie next year, and currently there’s also a Lunar Orbit screening at Doc'N Roll Film Festival on 11 November, plus an American tour in October & a UK tour in November / December this year. We finish with two gigs on New (moo) Year’s Day - one in Berlin, the other in Amsterdam. Moo Moo Christmas & Happy Moo Year."

This was the first tune Thomas and I got together with the idea of us finally doing an ambient album. The first cut is sometimes the deepest. By using modern textures and ancient sound technics, we were able to slow the Earth’s BPM countdown to Orb Time. This gave us the focus of where we needed to be, to start this new adventure in time and space. It’s title references The Orb being in favour of equal rights for women.

Minimal delights echo in time with the belly of the unknown inside of you, to move you into a moment lost in the rhythm of time.

For us, it was a pleasure to receive the Reverend Roger Eno into the fold. It was recorded at Space Mountain Granada with an idea for a road movie that should come out in 2018. Space studio is in a vast area of wilderness on top of the world, with views that inspire the soul of any artist, be they musical, or with a paint brush.

We continued laying sounds down in Youth’s studio in London with Roger Eno, Michael Rendall, and Youth, then I flew off to finally mix it at LAB studio with Thomas in Berlin. The name is a heads up to the company my father worked for in the 50s and early 60s - Cable & Wireless.

Written in Spain with Thomas on the side of Space Mountain, we were in the black cave and somehow managed to escape the mad, bad world of now, creating an atmosphere of pure sound and pulsating swishes, pointing to the thoughts of Orphée and the ‘other’ world. In music, there’s an opposite that attracts; we used this as an idea in the world of Jean Cocteau and by use of soundscapes, we recreated the mirror scene in an instant. Similar to magnets pulling and pushing against each other, we found a way into the mirror and saw the sea cows of paradise.

It’s late and there’s a lasting taste of music in your soul. It’s time to open the gates of the almighty and release the J Dilla in you. Leaving the sweat box of a night club behind, you exit with your mates and head up town to the bar of ambience to chill, before another burn up with The Pigs. Content with the surroundings the grooves lock you in, as you exhale at 10 past 4 and exhale at 4.20. The Ducks call you to the Land Of Nod and ancient whistles adore.

Slow yet grooving to a different set of rules, our music paints pictures for you to inhale too. Or exhale, if you want to.

This has the magical feel of a hundred radio interfaces creating a noise that pulses to the percussion and slowly becomes a sound. All is not lost within the realms of the lost tapes of the future.

Nothing is as it seems here. This is named after Auntie Normal and her dimensions. It’s a track that eases the mind, clears the soul, and creates a natural calmness within the pineal gland - almost a moment within yourself at the beginning of the snows before sunset on Titan, as seen from Saturn.

Towards the ocean of sounds, there lies an island of sanity - a calling of the albatross in an imperfect world. Here you might return to the Pacific near Hawaii. There’s a sound that isn’t a sound in a house that isn’t your house. It’s the sixth tune, hence the title six; this is the way my partner works within The Orb. Six = sex? Sort of, but to me, it’s a small shout out to Marvin Gaye.

Abstraction in sound with holes in it. With the field recordings, we managed to get each track to have its own individual drive early on. By that time the music began to stand on its own and ask a few questions, while growing by itself. It’s minimal muzik for the Orb-minded Mndsgn fan.

If you fancy hearing how to use the ping pong bat as a rhythm, listen on. It’s a heads-up to the future of our electronic past, baby blue. This starts in a cafe in Istanbul and disappears into the piano of table tennis with strings on. It’s music to live by (named after a small town in Kent).

Just Because I Really Really Love Ya

Colours in the mood of love, blended and shuffled. The brain is switched off and the speed of sound takes you to the forbidden edges of your soul. Discovering a cow on the way adds to the sensation.

It’s an interlude and the nearest thing to techno we do on this album. It has some brilliant German humour (in German) at the end of the track, which I found in The Book & Record Bar in West Norwood, which is well worth a visit. It’s triply and it would have been longer, if the money hadn’t ran out for the electric meter in Berlin.

The journey of The Orb summed up in 4.20 minutes of masterful, controlled blissfulness.

There’s a place called 9 Elms in South London & there’s a river called Eno in North Carolina. There’s a live train from Durham NC and up the road from there is the Camp Eno. All the vocal sounds were taken from a pop-up record store at Moogfest this summer. I spent the morning going up to the river Eno with Bill and my son Tiger.

I took field recordings in the rain and muddied banks of the river Eno. There was also a moment where I was making a tune up live with Daniel Lanios that I happened to record - as I did a lecture with the man, at Moogfest.

This was started in Spain in Space studios Granada, with the aid of Thomas, Michael Rendall, and Youth. We took this to London, where we got the Rev. Eno to play some gorgeous piano pieces, and then off I went to LAB studios with Thomas and finished this final piece of the jigsaw. Mechanical birds wake the brain and shake your mind to the aroma of beauty mixed with moo and tea. Contradictions to charge the perception.

Where better to find out life is good and the world needs to chill out to save our dreams? Lake Rudyard is after all the Geneva of the north.

COW / Chill Out, World! by The Orb is out now on Kompat Records. For more information about the band and live dates, visit their official website.

The Friday Fangasm: Script Of The Bri...