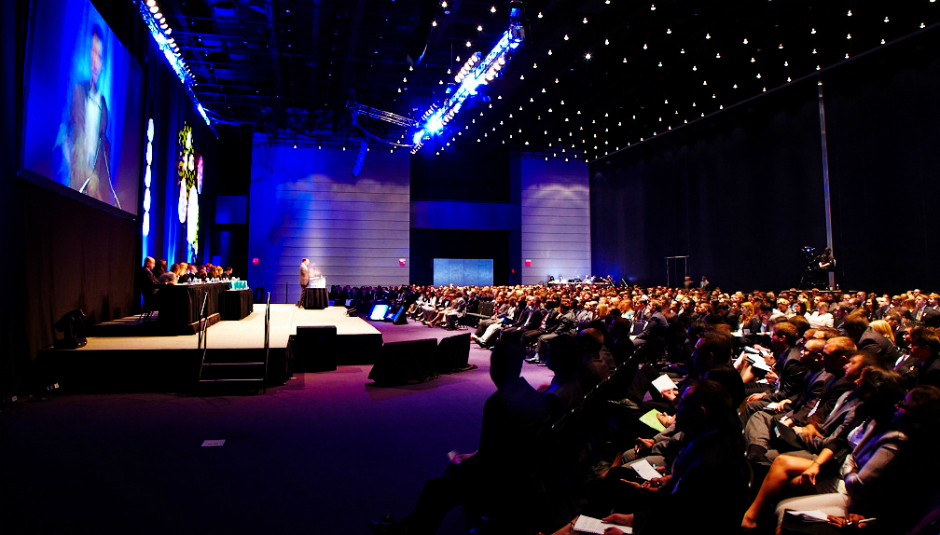 The air is alive with chatter from New Yorkers, and the occasional chimes from customers opening and closing the door.

Welcome to NYC. A city where anything can be sold at any price, with that price usually set at ‘eye watering’ (thanks again Boris and Michael). Recently acknowledged by UBS as the pound for pound Most Expensive City in the World, it makes returning to London feel like a trip to central Asia.

For many, particularly those who have seen it change through the years, it’s also an emotionally resonant city. For Bobby Haber, when considering potential locations for the inaugural Mondo.NYC, the passion and care he feels for NYC meant the shortlist ran to a grand total of one.

This visceral connection he and his fellow founder Joanne Abbot Green (both ex-CMJ) have with the city is reflected in the festival’s objectives. Firstly, in Haber’s words, to “bring together the C-suite, politicians, entrepreneurs, majors, and indies to offer pathways forward for the music industry”. Secondly, to put NYC back on the map as an originator of great music.

All caught up in this is the struggling artist, trying to reconcile the world in which more music is listened to on more devices than ever before, with the city where it’s harder than ever to find an affordable vegetable, let alone make a living wage.

It’s a tough nut to crack. The approach applied was to split the festival into two parts; Mondo.Day, a business-focused smorgasbord of panels and presentations, and Mondo.Night, a series of shows across the city.

The daytime sessions were held at New York University’s Kimmel Center, a functional building that overlooks Washington Square Park, the one-time hotbed of tensions between local residents and gatherings of folksinger ‘beatniks’. Whilst its layout and architecture recall more dynamic times, today its talented musicians are there for the tourist dollars than the ideology.

First up on the agenda was a keynote from Daniel Glass, founder of Glassnote Entertainment Group (you can thank him for Sinead O’Connor, possibly Aurora, maybe not for Mumford and Sons), interviewed by Bob Boilen, host and creator of NPR’s All Songs Considered.

Conversation quickly moved from crowd-pleasing war stories to more substantive discussion of the topics at hand; Glass in particular was bullish about the state of the industry, something reinforced at a number of sessions that followed.

Whilst the overall model was acknowledged to be far from fixed, streaming in particular was seen as a highly positive development, “set to explode in the next 2 years, not 10” as new platforms such as Amazon come online and others (notably YouTube, described as ‘the biggest radio station in the world’) sit down at the negotiation table.

Glass went so far as to posit that “The world now [for artists] is better than ever…if you’re struggling then your records just aren’t good enough”, a quotable position that some artists in the audience may have struggled to accept.

Discussions then moved to potential pathways that would help ensure the longer term success of streaming; for artists, the advice was to move beyond the traditional album model and provide “more music more often” in order to satisfy the expectations of modern fans.

For platforms and businesses trading in exclusives, a request came for the “boys with toys to end their games”, along with a word of warning; should platforms such as Spotify and Tidal continue to effectively withhold work from fans, Glass sees artists leaving them and moving to a self-releasing model.

The altitude of Mondo.Day shifted following the keynote, with sessions focused on unpacking and discussing specific subsets of the music industry, whether that be utilizing Blockchain technology or deep diving into public policy and legislation. Important, practical sessions to move the needle on the bigger challenges, but fuel for the passionate few rather than the masses. Particularly when the masses are still busy trying to find a lunchtime sandwich for less than $10.

So what about the music? Over five nights Mondo.Night was a sprawling affair, featuring 150 artists across 10 venues in Manhattan and Brooklyn.

The overall program had been put together with a view to help break new artists rather than establish existing ones, with the lack of a main stage or headline acts resulting in a less focused feel than is normally found at a festival. That said, the overall quality was high, and the wristband model meant that if you found yourself faced with one of Daniel’s ‘struggling’ artists you could always sink your 7% IPA and move on.

British band Echoic (off the back of a European tour, wide-eyed at the big city and incidentally one of the most charming groups I’ve met for a while) delivered a confident set, with another Brit Hannah Scott also impressing.

Elsewhere, while Organized Scum, Roomful of Strangers, Brave Baby, George Clanton and Deathrock all impressed, standouts were Wet Leather and Natalie Duffy. I’ll confess that I saw the former on the strength of their name, but expectations were confounded.

Playing in the backroom of a Brooklyn bar that sat in the nook between dive and cocktail, the neon-bathed foursome played a hybrid of ethereal pop, catchy, angular rock and experimental noise that moved beyond the bands they drew on based on the strength of their melodies and the assuredness of their performance. Well-dressed too, although no leather in sight, wet or otherwise.

Back in Manhattan, a relative newcomer to New York took to the stage in a distracted venue armed with only a guitar. Any concerns for her winning the audience over were unfounded, as Natalie Duffy is blessed with killer charm and a military grade weapon of a voice. Whether covering Drake’s ‘One Dance’ or delivering her own often wryly observational material, layers and textures were applied that caused another of Daniel Glass’ comments to ring true; in finding real talent, you’re looking for something that no one else can do.

Breakthrough talent aside, solving the problem of the $15 pepper won’t happen overnight, and this was acknowledged by all involved at the inaugural Mondo.NYC.

What was evident was a new festival, run passionately by two founders and their extended team, that wants to find a way forward in uncertain times. Any pathways identified will need to work not only for an industry that often seems to be struggling inside its own paper bag, but also for the city that is New York.

But substantive change doesn’t happen because of one event.

In addition to planning for 2017’s festival, the Mondo team plan to build on the pathways shaped in September through the creation of a bespoke digital platform. Set for launch in late 2016 or early 2017, the solution will enable the continuation of conversations whilst also including those not able to attend the physical event.

A week or so after Mondo.NYC wrapped, news surfaced that the [music business has seen a year of positive growth for the first time in over a decade] (http://www.theverge.com/2016/9/20/12986980/music-industry-apple-spotify-paid-streaming). Speaking with Bobby, it was clear that he sees the current climate as indicative of a positive potential future for music and musicians. Whether you agree with him or not, the world needs more Mondos if it’s going to get there.

“It’s difficult to get these powerful...

The Friday Fangasm: City And Eastern ...