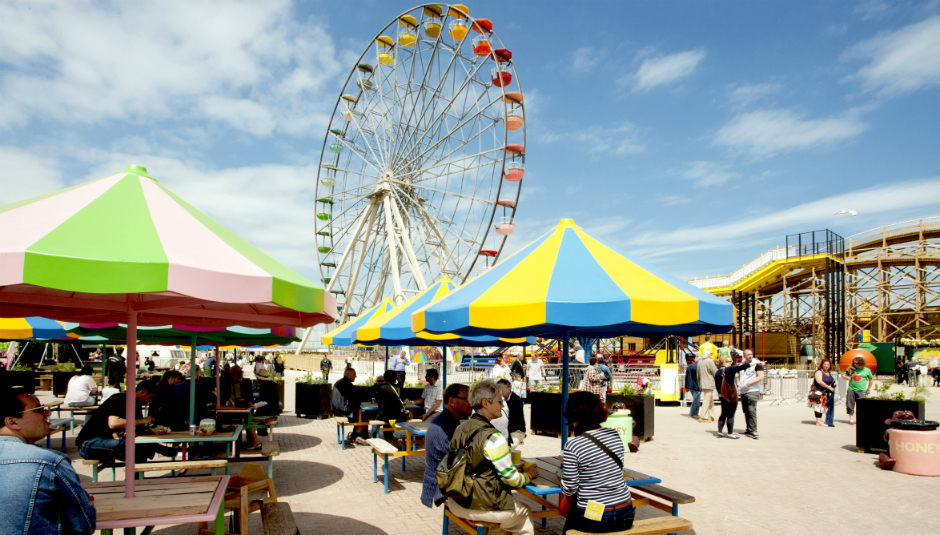 What are you doing this weekend? Well, if you head down to the coast to the By The Sea festival in Margate you could be riding shotgun on the dodgems with Jarvis Cocker spinning some tunes as you pull up to the bumper, baby.

Returning to Dreamlands theme park, By The Sea is once again closing the festival season with its own distinctive twist (did I mention it’s in a theme park?) that thankfully doesn’t involve getting wellie rash. This year’s line-up is as equally stellar as last year’s sold out launch with Wolf Alice, Super Furry Animals, Bat For Lashes, and Wild Beasts all set to play. Check out our quick round up of why you should hop on a train and find yourself By The Sea.


Last year’s inaugural sold-out festival with Foals could have brought most bookers out into a cold sweat, but BTS have pulled it out of the bag with not one but three Mercury nominated headliners in the shape of Wild Beasts, Wolf Alice, and Bat For Lashes. Also set to headline are Super Furry Animals who, at this point in their 20 year long career, could have a PhD in the art of the delivering a banging festival headline set.


If you gorge on one too many 99s and need a quiet retreat you can soak up acoustic sets in the snug surrounds of Margate Museum from Alexis Taylor, Slow Club, Emmy The Great, Serafina Steer, and Barbarossa. You can also meet local Margate legend - Sunbeam the Donkey.


Being slap bang in the middle of a theme park, By The Sea is already a unique festival, but its made just that little bit more special as bands get to play in historic settings such as the Roller Room, Ballroom and, for the first time, the Hall by The Sea. Originally a dance hall in the late 19th century, Hall By The Sea has seen performances from The Who, Rolling Stones, T-Rex and Hawkwind. If it’s good enough for Lemmy it’s good enough for us.

Special By The Sea Fringe Showcase


On the Sunday head down to Olbys at Margate’s Old Town as your wristband/day ticket gets you free entry into this special By The Sea fringe showcase in association with Art’s Cool. Kicking off at 1.30pm the day is jammed pack with up-and-coming new bands including Kagoule, Gang, Our Girl, Happy Meal Ltd, and well-deserved headliners Eagulls.


The rides are free and unlimited! So you can fly high in a Hurricane Jet, step back into the twilight zone on the Phantom Express and try to hold down your fish'n'chips lunch on the Top Spin all without feeling the burn in your pocket.

Full details of this year's By The Sea festival can be found at their website.