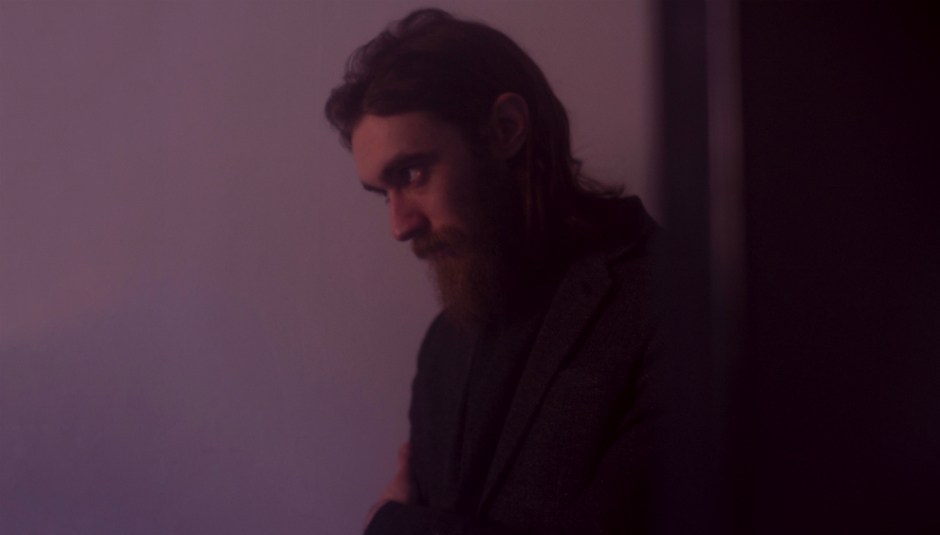 If anyone understands the caustic nature of heartbreak, it’s Keaton Henson.

The Richmond-based singer-songwriter has carved a career from mining the emotional depths to fuel his musings of love, loss and tear-stricken youth. The raw openness of songs like ‘You Don’t Know How Lucky You Are’ from debut record Dear marked him out as an artist not afraid to put heart before head, and he quickly developed a cultish following hanging on his every sigh.

Follow up Birthdays saw him expand Dear’s sonic scope, whilst losing none of the vulnerability that saw him tagged perhaps simplistically as a successor to Jeff Buckley. Fragile epics like ’10am Gare Du Nord’, ‘Sweetheart, ‘What Have You Done To Us’, and ‘You’ depicted a man seemingly on the edge of snapping himself in two with grief; a not indiscernible possibility for the rake thin lad your mum would give double portions of chips if he came round for tea.

This week sees the release of his third ‘proper’ album – there has been a classical collection, Romantic Works, and an electronic record under the pseudonym Behaving since Birthdays – called Kindly Now. It’s a more grown-up record, and sees him looking a little further afield for inspiration than the scratches on his sad, still-very-much-yearning heart.

That said, he still does a rueful lament better than most, so in advance of Kindly Now’s release, we got him to chew over his favourite heartbreak songs. For a man invariably described as anxious or socially reticent by the press, he was charm personified and opined at length on the tunes that never fail to get him behind the ribs. Here they are.

Randy Newman – ‘I Miss You’

He is my absolute hero, which I think might surprise some people because he’s seen as quite funny. He’s massively misunderstood and entirely responsible for my obsession with music and the craft of songwriting. Most of his songs are written from the point of view of people he dislikes. So he often sounds racist because he despises racism, and writes from the view people with these unbelievably misguided feelings.

There have been a couple of moments where he’s stepped out to write about himself, and they turn out to be the most beautiful autobiographical songs. ‘I Miss You’ is about his divorce, which I think was 20 years before the song. Forget youthful heartbreak, forget Romeo and Juliet: there’s no heartbreak as sad as an older man singing about something he’s still not over. Tom Waits does it so well in ‘Martha’ too.

There’s so much admission of fault in ‘I Miss You’. Randy’s not saying ‘I’m a perfect man, I did everything right.’ He’s saying ‘The most sad thing is that I’m responsible, and 20 years on it’s still bugging me.’

“It's a little bit cold, for all those concerned / But I'd sell my soul and your soul for a song.”

As a music fan I look for honesty above everything else; if an artist admits their flaws I’ll believe everything they say. Loudon is potentially the most honest songwriter going, and ‘Reciprocity’ is a proper warts and all break-up song. I've always assumed it to be about his divorce [from Kate McGarrigle]. Obviously he’s the dad of Rufus and Martha, so a family was destroyed when they split. There was more on the table and a lot at stake. He’s so open about his flaws and when he’s been the bad guy - ‘He’s unfaithful/ She’s untrue’ - you know because of his honesty elsewhere that he’s telling the truth.

A really good songwriter can take something painful, set it to beautiful music, and kinda romanticize it, so if you’re going through a similar situation it can take the edge off your own grief. ‘Reciprocity’ has very little beauty in it. It’s unflinching. It’s uncomfortable. It’s not a song I’d probably suggest if you were going through that situation, because it’s so brutally honest.

“He threw a tantrum and she threw an ashtray…they got drunk last night."

This is one of my favourite songs to decode. From the lyrics I gather the couple are still together and he [Death Cab singer Ben Gibbard] misses her on tour. It’s an incredibly novelistic song and it’s essentially an extended metaphor; because she's so far away and he misses her so much, he’s become aware of the Atlantic for the first time.

He continues extending that metaphor throughout the song. He’s looking around and all his neighbours are rushing out of their house into boats - ‘The people were overjoyed / They took to their boats’ - and all he’s thinking is he can’t get to her because of it; because this ocean has opened up. And he continues to get lost in this metaphor, and you start wondering where it’s going, and then the music becomes incredibly huge, overwhelming, and beautiful. At that moment he changes his language completely and just says: ‘I need you so much closer’.

It’s a perfect example of the shift from novelistic language to songwriting language. That line is the simplest way you can possibly say it, and he gives in and repeats it over and over again as the music gets huge. It’s an incredible show of what’s possible in the verse, chorus, crescendo song structure.

”I need you so much closer”

I’m not sure what the rules are. Am I allowed poems?

You have to see this live to really get it. Buddy’s the most incredible performer, with such intensity. He has these terrifying eyes and a lot of masculine bravado whilst singing these really vulnerable lyrics.

It’s abstract; not a straightforward break up song. He reflects on the relationship and how beautiful it was, and basically writes an apology letter for dragging the break-up out; he can’t let it go. If you don’t let the break-up end the relationship, it doesn’t finish and you end up prolonging the pain.

Elvis Presley – ‘Always On My Mind’

This was the first time I heard a song and realised the writer seemed to not be the greatest person in the world. Again, it’s that idea that it’s sad because he broke it; it’s not all her fault. It’s way more upsetting when it’s your fault. It’s a very adult way of looking at things and when you consider when it was written, the early 70s, it was a time when songs were completely shiny. But it’s completely bare, like an open wound. It’s a timeless melody that you can set to any music, any instrument, and it will carry: that’s why it’s been successful with so many different artists.

“Little things i should've said and done, I just never took the time / You were always on my mind”

Heartbreak can come in so many different forms. The translation for this is ‘transfigured night’, and it’s inspired by Richard Dehmel’s poem of the same name.

He’s in love with someone, she falls pregnant, and it gets really messy. This piece is the perfect example of un-cathartic heartbreak. It’s so uncomfortable to listen to; it’s so dark. It has everything in the bass section and almost rips your ears out.

There’s a repeating refrain of bells chiming and I’ve always read it as him ringing his grief out, of the death of this person [Benjamin Britten] that [Estonian composer] Pärt so admired. It descends and descends, keeps falling and falling; it’s certainly not romantic, but it is super heartbreaking. It’s almost a bit too much.

Billie Holliday – ‘I’ll Be Seeing You’

It’s about parting with someone and being very aware you’re going to see that person’s face everywhere you go. It describes the different places, like the old cafes and the parks that they used to go and that will be forever haunted by her lover and their relationship. It’s an old standard but in the right context, with her voice, it’s so raw and heartbreaking.

The song is so true; when a break-up is happening you start thinking: ‘Ah, fuck, that restaurant is ruined now.’ And there’s a whole bunch of songs you won’t be able to hear anymore; the songs you listened to together when things were going well. They’re the most crushing. I’m someone that attaches a song to every experience so I have loads.

I’m genuinely not just picking this because it’s off my new record, this is one of my favourite songs I’ve written. I spent the day writing it in the setting it’s based in, a hotel, got home, and had no idea what I was talking about. Then I went to record it and heard it back on the monitors and it made perfect sense. There are certain occasions where your subconscious sneaks into a song, even when you had no idea how you were affected by certain things.

As you get older your life becomes so much about having your work seen. Take my new album: I don’t know if it’s finished until it’s been heard. When I was younger, an album was finished when it was finished, and I’d normally stash it under my bed and never show anyone. I think ‘No Witnesses’ is about that. It’s a strange meditation on the idea of what makes something real. Is something real if no-one saw it? With regards to romance, but also to career and art.

And with relationships: does it need to be seen to have existed? In this modern age when everything’s documented - did you really go on that holiday with that person if you didn’t Instagram it? I don’t know how If feel about this stuff anymore.

“Man I hate Los Angeles, and I have never been in love”

Kindly Now is out on 16 September on Play It Again Sam. More for information, visit his official website.

Another Day In Paradise: DiS Does Obo...