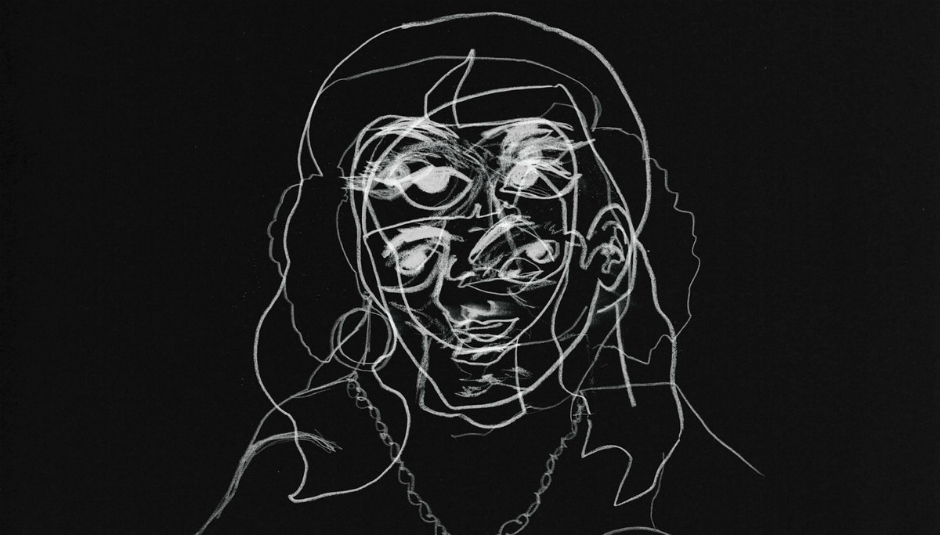 Welcome to this spectacularly overdue 29th edition of Articulate Silences, Ambient Sounds. Apologies for the delay – I can only hope that the fact I’ve spent a large portion of the last six months writing about Throbbing Gristle will suffice as an excuse. I hope the columns will become more regular again from this point on. Rather than attempting a comprehensive round up each time, however, from now on the column will focus on five or six particularly noteworthy releases, whilst also including a brief round up of others. Check out the excellent rolling ambient thread on the DiS forum for more recommendations!

We start this month with the new release from column favourite Petrels (Oli Barrett). Last year’s Flailing Tomb signified Barrett’s increased desire to move outside the traditional confines of the ambient soundscape world in a direction seemingly heavily inspired by classic krautrock acts such as Cluster and Neu! There’s always been a dose of this approach in Barrett’s composition but on Jörð this is more front and centre than ever. From the glorious chorally infused opener ‘A Little Dust’ to the epic closer ‘Seithenyn Sleeps’, which is post-rock in all the best (i.e. most literal) ways. This is another excellent addition to the Petrels discography, one that again points in a variety of equally exciting different directions for the future. Stream ‘Terra Nullius’, the second track, below ahead of release.

Ian William Craig is another column favourite. The Canadian vocalist and sound artist has recently toured these shores for the first time, looking appealingly chuffed to bits to find a sold out crowd at London’s Café OTO to welcome him along route. His latest LP, Centres is as bewitchingly pretty as anything he’s released to date and deservedly sees him get the opportunity of further exposure via FatCat’s modern classical 130701 imprint. There’s no radical reworking of Craig’s formula here. All present and correct are the sumptuous vocals, gorgeous dronescapes and delightful keyboard flourishes. The closest comparison remains Julianna Barwick, but Craig’s music is at once more abstract and more accessible. Opener ‘Contain (Astoria Version)’ is as close to a ten-minute pop epic as you could want. Although lengthy, at over seventy minutes, Centres is highly recommended as an introduction to Craig’s oeuvre for anyone who has yet to jump on board. Aguirre have also reissued his 2012 album Meaning Turns to Whispers on vinyl, which is also well worth picking up.

Klara Lewis’ latest effort Too undoubtedly stands as one of the year’s top releases thus far. Coming after 2014’s fascinatingly spectral Ett, this LP should cement Lewis’ growing reputation as one of the finest young electronic composers in the business. Whilst this is still what most would refer to as ‘dark ambient’, Too feels slightly less restless than its uneasily atmospheric predecessor. The use of field recordings is superb, rendering Lewis’ expertly tuned palate of electronic sounds spectacularly effective. This is another unsettlingly captivating release from an artist clearly out at the front of the pack.

Clonic Earth is the new album from Italian electroacoustic experimentalist Valerio Tricoli, whose last effort – 2014’s colossal Miseri Lares – was an inspired, if somewhat exhausting, self-described “magnum opus”. This follow-up release is less exhausting, but ultimately no less challenging than its predecessor. Tricoli is a masterful arranger of sounds, veering in this instance from choral refrains to the deepest of bass drones. In many ways the idea that Clonic Earth should be considered ambient music is a ludicrous one. It’s profoundly unsettling, and not in the tediously clichéd manner of many ‘dark ambient’ composers. Tricoli – in a different but no less impressive way than Lewis – has assembled a collage of sounds that toy confidently with the expectations of the listener. Clonic Earth is a darkly kaleidoscopic collection of alien moods and textures.

It’s good to see Date Palms’ Marielle V. Jakobsons finding a home for her solo work on Thrill Jockey. Hopefully this will ensure that Star Core is greeted with a wider reception than her excellent – and undervalued – 2012 release Glass Canyons. Jakobsons uses her voice here for the first time, to great effect, but what is most striking about this release is its delightfully simple hypnotic aura. Propelled along by gentle bass, Star Core is a disarmingly accessible dreamscape, totally different in sound – and yet surprisingly similar in effect – to Tim Hecker’s glorious Love Streams earlier this year. Nothing short of transcendental.

Toulouse duo Saåad are back with a long awaited new release, following up from 2014’s Deep/Float and 2015’s collaboration with EUS and Postdrome. This time the pair has gone for a different approach, utilising church organ for the first time on Verdaillon. The wonderful timbre of the pipe organ has clearly helped Saåad here, allowing them to craft drones that hark back to the duo’s previous works in style albeit with a striking new depth. Carefully scattered throughout the album are snippets of field recordings and samples. Pleasingly these aren’t all obviously religious sounds, and the album steers clear of any clichés that may be associated with artists recording in churches. It’s a great pleasure to have Saåad back in business.

Composed alongside installation artist Florence To, Ricardo Donoso’s Quintesence is an all-too-brief journey into space, reminiscent of Roly Porter’s colossal recent works. Despite being comprised of only five short drone pieces, this might be Donoso’s most grandiose release to date. Let’s hope it’s a sign of things to come. Let’s also hope that Swans guitarist Norman Westberg’s productivity on the solo front is set to continue. Following up last year’s haunting 13 he has released two new solo records in recent months, returning to Room40 for MRI and dropping The All Most Quiet via Hallow Ground. Both releases showcase his status as one of the finest producers of ghostly guitar drones around.

Column favourites Siavash Amini and Sarah Davichi are back. Amini has collaborated with spoken word artist Matt Finney for his new release. Familial Rot sees Amini lure drone demons from the abyss whilst Finney’s measured, but ominous, prose gives proceedings a McCarthy-esque Southern Gothic vibe. Amini, together with Hesam Ohadi and Arash Akbari, also has a new label – Bitrot – to showcase, and Shovels Beat the Sun’s Sky Wires is a great way for that new endeavour to begin. Davachi’s new release, Dominions, is a delight for vintage synth fans. Recorded using a variety of gear from decades gone by, Dominions sees Davachi further emphasising her already well-established compositional prowess. There’s something delightful in 2016 about sitting down and listening to a record that allows you to visualise its creator hunched over their synths, stretching elastic soundscapes out of an abundance of wires.

Jefre Cantu-Ledesma is on hand again with another dose of gorgeous guitar noise, although – at only twenty-four minutes in length – In Summer lacks the strength in depth that benefited last year’s wonderful In a Year With Thirteen Moons. His collaborative release with Felicia Atkinson, Comme Un Seul Narcisse is ultimately more satisfying. It’s one of those releases that takes the listener to a place high up in the clouds; transportative ambient that I’ve found is most suitable for tediously lengthy train journeys or bouts of late night meditativeness.

Other releases of note include the new effort from Cornwall’s Kemper Norton. Much like previous releases, Toll is an evocative spatial experience, in this case the Cornish coast. Derek Piotr’s Drono is really rather beautiful, its splicing together of techniques from minimal classicism, drone and even glitch creating something that perfectly mirrors its apparent inspiration from bodies of water. Sam Kidel (part of Bristol collectives Young Echo and Killing Sound) has hit upon a great trick with his new solo effort, Disruptive Muzak, which sees him meld dreamy ambient washes with the exasperated responses of Department of Work & Pensions employees he called up on the phone. The second side comes minus the DWP, if that’s not your cup of tea.

The Friday Fangasm: There's Something...