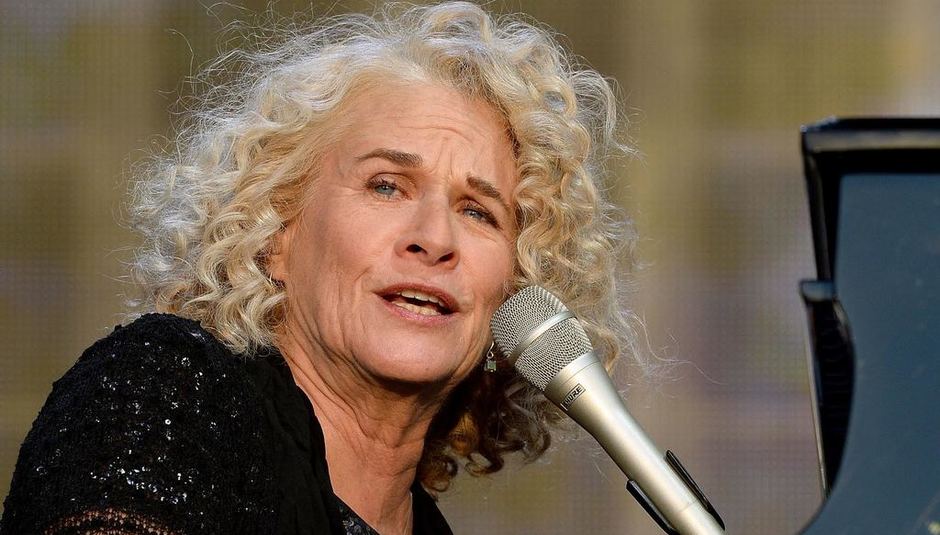 I should warn you: this is going to get political. And that's dangerous – partly for you, reader, who've no doubt had quite enough of the frankly farcical behaviour that has characterised the last two weeks – but also for me, who risks exposing herself as a political ignoramus. Anyway – stay with me.

On Sunday night, Hyde Park was bathed in orange light as the sun went down and Carole King played Tapestry in full (with a few extras for good measure) to a sold-out 65,000-strong audience. I'd approached the evening with inadequate thought and a shrugging enthusiasm – I love that album but I was preparing myself for a 74-year-old vocal that couldn't really do it justice but maybe would still be kind of cool...? I was wrong.

Sure, her voice isn't what it used to be – it was raspy and weak in places. Did it matter? No, not even a bit. It was bloody brilliant. There's a reason that album has sold 25 million copies – it's the strength of the writing, both musical and lyrical. It's timeless in its quality and sentiment.

And here's where I turn my hand to some deep political observation (which I think other reviewers have maybe already done but let's ignore that for now): I had not prepared myself for the introduction to 'So Far Away' or for thousands of people holding hands and singing 'You've Got A Friend'. I had not prepared for the overwhelming and heartbreaking sense of unity and – yeah, I'm going to say it – love that swept over the crowd.

Watching this incredible woman singing songs she'd written some 50 years ago, her piano illuminated by the reflection of the golden sunset, to people who'd grown up with them and lived their lives to them – well, that was something very special. Special enough that, for an hour or so, we all forgot about the uncertainty, the division and the hate that have clawed their way past decency lately – and we looked at each other with acceptance and understanding, not intolerance and suspicion.

"The UK is thoroughly depressing at t...