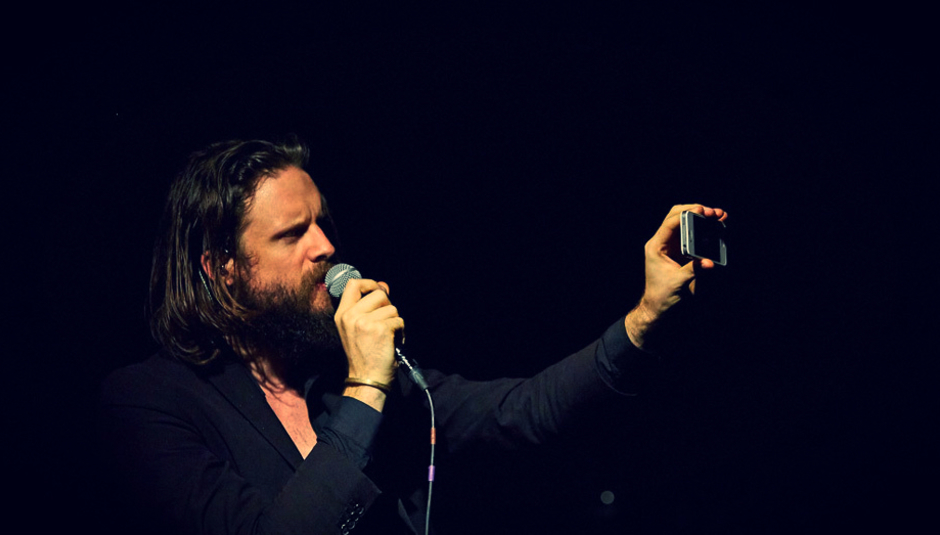 DiS is going to Mexico City this weekend (21-22nd Nov 2016) for the Corona Capital festival, and if you are too, who shouldn't you miss?

The line-up is superb, and amongst all the massive names (Muse, The Libertines, Calvin Harris, Primal Scream, Fatboy Slim), some of the biggest acts of the year (Halsey, Run the Jewels, Porter Robinson, Kiesza, Shamir), and a Primavera/Glastonbury rivalling bill of DiS-reader favourites (Pixies, Ryan Adams, Primal Scream, Sleater-Kinney, Spoon, DFA1979, The Psychedelic Furs, Alvvays, Wild Nothing, Diiv) there are also a few of DiS' most favourite bands playing that you'd be a fool to miss.

Illan Rubin is best known as the greatest drummer in the world. His work with Nine Inch Nails is second to none. What you might not know is that he's stepped out from the kit and been making some cracking rock under The New Regime guise. Fans of that velveteen Jane's Addiction rock get yourself a copy of his new record asap.

Oh so you think he's too clever-clever. You find his humour too wry. You find the heartfelt bits nice but you can't get beyond his three layers of irony? I pity you as I Love You Honeybear is a strong contender for album of the year/decade/millennia. Once you've gotten past the dastardly irony, you'll find a songwriter and raconteur at the peak of his powers. His live band are as tight as Kings of Leon (whose music you might hate but their musicianship is quite the sight to behold), which leaves Josh to writhe and frolic, making for the best live show I've seen this year/decade/millennia.

If there's a more perfect festival band than Beirut, please tell me about them asap. Bring on the brass!

One of the most talked about acts on the DiS forum this year, released their new album Hyperview to little fanfare, which is surprising as it's one of the most arresting rock records of the year. Mixing post-hardcore with widescreen Cure-like expanse makes for an intoxicating beast of a band.

They're back! The first taste of their new album hit the web a few weeks ago and its Beyonce-gone-avant suss was a joy to behold. 2016 could be a huge year for 'the band from the Apple advert' as they set their sights on getting the world dancing.

Follow Drowned in Sound on Instagram for some photos from the event and check back next week for our review.