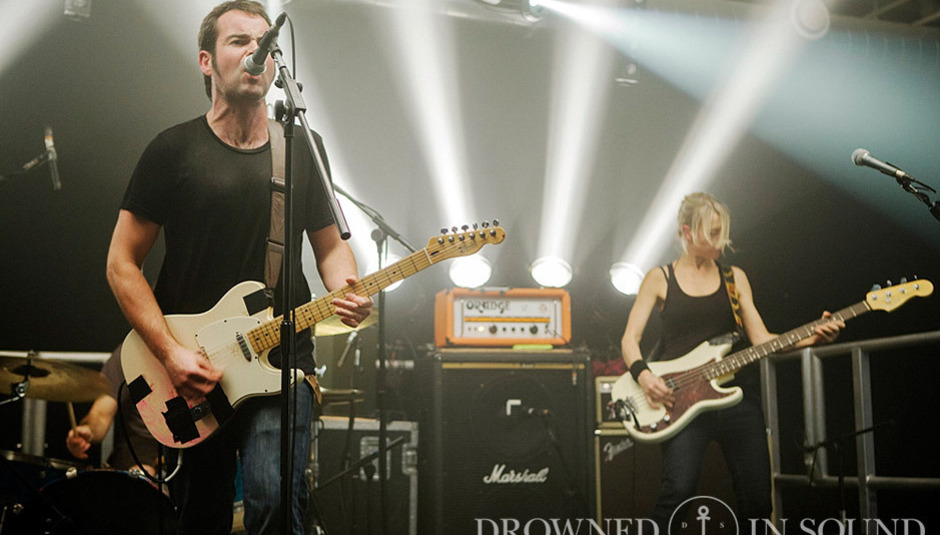 To Hell With Good Intentions: Fandom vs Piracy

To Hell With Good Intentions: Fandom vs Piracy

The story of how I came to be friends with Andy Falkous is mundane. He asked on Twitter for recommendations for headphones he should buy and I chimed in. Boring, right?

Only, the odd thing is that Falkous is one of my favorite songwriters, the scabrous brain behind both Mclusky and the even finer Future of the Left.

In the world before Twitter, ending up exchanging correspondence with someone whose art you admire involved letters, fanzines and crossed fingers.

Social media is the great leveller. It puts us in the same arena as both people we admire and hordes of howling demons whose opinions spray against the walls like the urine of carelessly ignorant school boys.

Thanks to anybody torrenting my album right now - the usual justification/lie of 'I'll end up seeing you guys live' doesn't exist this time.

But the point of this article is not for me to boast about my loose acquaintance with someone from a really good band that you've probably never heard of. It's about you never having heard of the band and what that says about illegal downloading and the modern attitude to art.

Keep paying your ISP and shut your fucking mouth. To everyone else, oh look, a nice squirrel.

When I first became aware of Falkous, it was through his work with Mclusky, which got decent reviews and built up a fairly rabid, if cult fanbase. McLusky sold some records and could afford to tour.

They were operating during the last knockings off the CD age where those small luxuries were possible for even a band whose output included songs with titles like 'Alan Is A Cowboy Killer', 'Dave, Stop Killing Prostitutes' and 'The Difference Between Me and You Is That I'm Not On Fire.'

But the world that Future of the Left exists in is a bleaker one for musicians, even if they've got fanbase that's willing to buy their records occasionally and will make it out to gigs and buy merchandise.

Shifting t-shirts is not what songwriters get started to do and, ultimately, it's no substitute for selling albums.

Recently, Falkous released his second (not) solo record as Christian Fitness – 'Love letters in the age of steam' and immediately noticed that, despite the album being priced at just £6 ($9), it's being torrented. That's particularly pathetic when you consider that you can stream the songs for free on Bandcamp.

It's so passe to complain about six months of work and investment compressed into a zip file then shared by anonymous cowards.

And here's the point that this anecdote masquerading as 'journalistic case study' ends up hammering home:

Even so-called 'fans' of struggling musicians end up doing them damage. You have to be someone who knows about Mclusky and Future of the Left to seek out Christian Fitness and yet, some people that do are stealing the record.

Sorry, what I should have said was 'NED FLANDERS THEMED METAL BAND' or announced a new Jim Morrison Solo album. Then there'd be press.

Falkous works 'real' jobs when he's not touring with Future of the Left. He's not living some gold toilet, mansion life. He's not Kanye West contemplating a presidential campaign. He's just a good songwriter trying to sell his wares.

If you spent months creating something and saw it immediately devalued by anonymous assholes, you'd be as angry. But, of course, let the tedious debates about 'the death of intellectual property' begin in the comments.

Who cares if musicians get paid for their work, right? After all they're doing it for the love, obviously. At this point imagine me staring down the barrel of the TV camera's lens with the mix of rage and incredulity that Peter Capaldi harnessed as Malcolm Tucker in 'The Thick of It.'

Home taping didn't kill music, but contemptuous characters at home are killing the chance for a lot of musicians to make even a modest living. It's not a new argument but it needs repeating.

You can buy the Christian Fitness record here. It's bloody good.