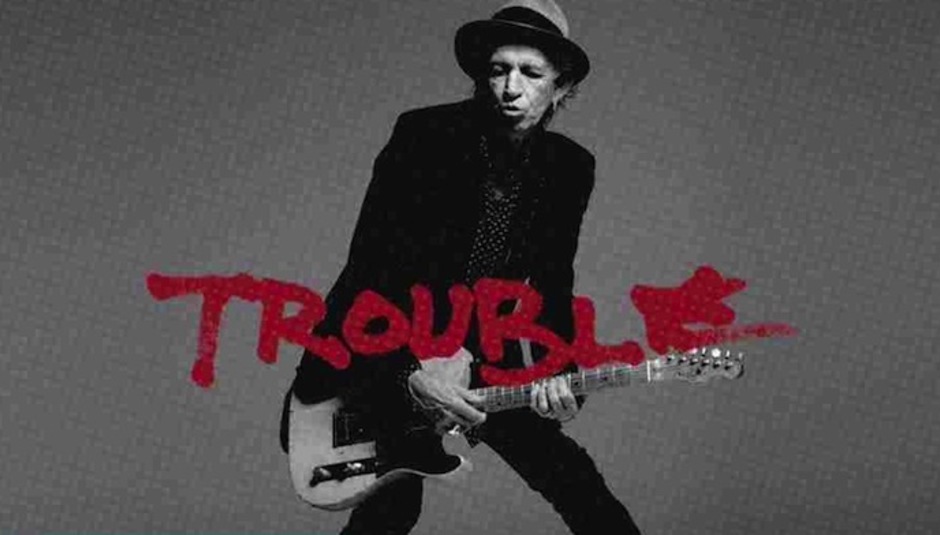 The lack of apostrophe in the title is deliberate and important, folks. I’m sorry to say that I tricked you (nay, deceived you; ‘tricked’ makes it sound like we have a playful relationship). DiS doesn’t have access to Keith Richards’ notebook, so there’s nothing salacious here.

What DiS did have access to was a playback of Keef’s new solo album, Crosseyed Heart, at a swanky bar in central London the other night. It’s his first in 20 years, out on September 18th 2015 and isn’t at all bad.

I’m afraid to say full reviews are strictly embargoed for the time being (“Excellent, I don’t have to write much!” seemed to be the general consensus at this announcement) so, instead, here are my unedited, occasionally annotated, track-by-track notes in full from the playback. We didn’t think “Dan Lucas’s notebook” had enough pulling power as a title.

Fair warning: there was free booze.

1. Crosseyed Heart
- Sounds like ramshackle version of Clapton’s ‘Before You Accuse Me’ (guitar bit)
- Solo acoustic
- Keef says “That’s all I got” at end. People laugh at this

5. Trouble
- Sounds like the Eagles. This is a good thing!
- End feels like moment where people should clap
- No one claps

6. Love Overdue
- This is the reggae one. Better than Sting.
- Brass-heavy but no Bobby Keys!

7. Nothing on Me
- Sounds like will be the single CHECK THIS
- [It’s not; ‘Trouble’ is
- V immediate
- Bright, breezy, straightforward rock song
- Tom Petty
- Would sound great at Superbowl
- I have my dad’s handwriting

9. Blues in the Morning
- Unadulterated 50s blues love-in
- Kind of song Clapton would do if he had any clue what people want from him
- OMG that waiter looks like Ron Swanson

10. Something for Nothing
- This is flying by
- Petty-esque guitar again, v Americana
- Harlem Gospel Choir backing vox, doesn’t feel like much gospel influence though

11. Illusion
- Duet w/Norah Jones
- Keef turns crooner. He’s so fucking smooth
- If Ian Malcolm from Jurassic Park was writing a song to seduce you it would sound like this

12. Just a Gift
- Same guitar intro as track four?
- No. Sounded a bit like ‘Hurt’ for four seconds though

13. Goodnight Irene
- Tom Waits cover
- Or did Waits cover it? CHECK
- [It’s an American folk standard first recorded by Leadbelly]
- Even more ramshackle than Waits version. Love the broken sound
- Folk take
- Nice mandolin
- No mandolin in credits. Guitar sounds like one then