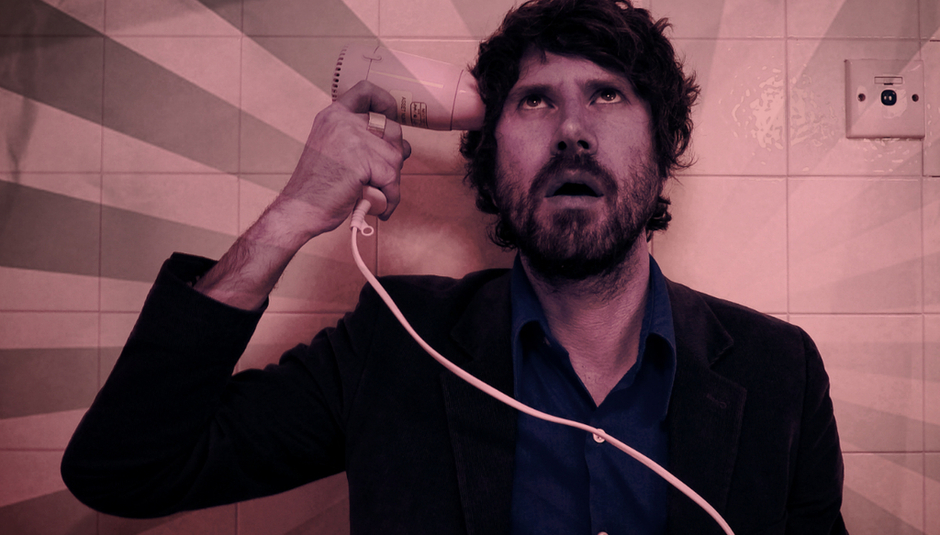 Vote Furry: Gruff Rhys on Politics, Mwng and The Future

Vote Furry: Gruff Rhys on Politics, Mwng and The Future

Timing, as the old adage goes, is everything. So the fact that the Super Furry Animals have reunited to reissue their Welsh language masterpiece Mwng on its 15th anniversary, and are embarking upon a comeback tour precisely two decades on from their first live shows, feels a particularly neat and pleasing turn of events. It’s all so immaculately-timed, in fact, it couldn’t be anything other than the upshot of years of meticulous planning. Could it?

“Yeah, the 15th anniversary has no relevance whatsoever, really,” chuckles frontman Gruff Rhys over the phone. Speaking from the back of a van, bound for tonight’s warm-up show in Gloucester, he explains, “We started talking to Domino about reissuing it years ago, so it could have been the 12th or 13th anniversary. It just took us about three years to find all the bits and bobs to go with it.”

Reading Ric Rawlins’ recent biography, Rise of the Super Furry Animals, you quickly realise that the band’s entire career has been peppered with a series of similarly bizarre, frequently fortuitous, coincidences. There was the Glastonbury ’99 set where an (allegedly) acid-fuelled campervan-driver decided to take a shortcut through the crowd, stopping slap-bang in the middle of the Pyramid Stage just as the chorus of ‘The Man Don’t Give A Fuck’ exploded. There’s the lifelong friendship they forged with Howard Marks, which arose from their then-label Creation secretly posting a copy of Fuzzy Logic-cut ‘Hangin With Howard Marks’ to the legendary drug smuggler, while he was still incarcerated at Indiana’s Terre Haute Penitentiary. Perhaps most unusual, however, was the Early Day Motion that MP Elfyn Llwyd submitted to Parliament in the wake of Mwng, praising the band for “embracing the new wave of confidence in the Welsh nation.” As Rhys remembers, they were quite bemused by Llwyd’s citation at the time.

“You know, it’s like getting a good review or something: you can’t take it too seriously. It was funny. We were away touring in the US, so all that stuff was quite peripheral to us. And, I mean, the record itself is really very personal, and about our love of music, and lyrics and playing together.”

Recorded in Anglesey with Fuzzy Logic-producer Gorwel Orwen, Mwng remains their most subdued LP; as Rhys puts it, “Sonically, it's less gimmicky than some of our other records.” Released through their own Placid Casual imprint, the album was completed in 10 days, for around £6k. By contrast, its predecessor, Guerilla, required three months of studio time, scattered over a longer period, and cost approximately £50k.

“[Mwng] was a reaction to all three [previous] records”, Rhys recalls. “We had a pretty intense four years trying to make quite perfectionist studio albums, and they were quite forensic recordings, you know? Whereas, with Mwng, we just wanted to document the sound of the band playing live, more or less. And we felt these were a very coherent batch of songs, even more so because they were distinct linguistically.”

The establishment’s eagerness to co-opt Mwng is amusing considering the fierce criticism that surrounded the band’s initial decision to sing predominantly in English. According to Rawlins’ biography, Welsh-language broadcasters S4C commissioned a television special on the band, which dubbed the five-piece “the sons of Thatcher” and insinuated that they were jeopardising the future of Cymreag by promoting the English language across Wales. The Furries observed the furore with amusement.

“That programme was made after we signed to Creation, around 1996, when we were just starting to tour. We actually thought it was pretty funny. I mean, those kind of sensationalist programmes – where they'd get a few people to say some juicy quotes – played in our favour in a way, because people could see the absurdity in it. I think, in general, people were really supportive and excited. And when you're young, it's fun winding people up, you know? At least, that's what I always wanted to do…”

Though pretty impervious to the attacks at the time, Rhys does reference the experience of being ostracised on Mwng’s ‘Ymaelodi 'r Ymylon’, which translates as “banished to the periphery.” And while the rest of the album isn’t quite the “celebration of Welsh culture” that Llwyd subsequently hailed it to be, it is deeply rooted in the band’s experiences growing up and living in Wales. Those references are variously overt and subtle, ranging from a cover of ‘Y Teimlad’, by Aberteifi post-punk outfit Datblygu, to ‘Sarn Helen’, a paen to the titular Roman road that once linked North and South Wales.

‘Pan Ddaw'r Wawr’ is particularly interesting, for its examination of the detrimental impact of “advanced capitalism” on rural communities. “Real estate prices are out of reach of most people, and often people have to move away and resettle, so there’s a lot of displacement,” Rhys explains. “It’s something that happens worldwide, but it happens a lot of rural Wales, and it does affect the language base. I don't think [Mwng is] a particularly political record, so it’s not a protest song as such, but it tries to capture that idea.”

By contrast, the Furries’ decision to re-release Mwng on International Workers’ Day was entirely political. “With [the record] coming out near the election, it felt like a nice way to not align ourselves with the axis of evil of the Tories and UKIP,” admits Rhys, adding, “It's a very small gesture of solidarity.” I wonder how hopeful he is about the outcome of the election.

“Well, it's pretty horrific whoever wins, but it’s the degree of horror really; it's damage limitation. There’s a lot of right wing print media that's trying to keep their interests going, you know, giving oxygen to a horrific party like UKIP. It's so depressing.”

Whether intentional or not, the Furries’ reemergence so close to a general election feels excellently-timed; throughout their career, they’ve proved it’s possible to make politically-engaged pop music without veering into didacticism. As Rhys explains, that balance is integral to the band’s creative ethos.

“We make music for very personal reasons, just expressing ourselves, but it's much better if you can live in a political climate where there's as much freedom of expression as possible. And it's when that seems to be threatened – like now, with all the cuts in public life – it's really going to affect things at the most basic level. It's already affecting who gets to have music lessons, so [music] becomes the domain of the rich, and that's a really depressing thought.”

A similar view was recently expressed by David Pountney, the Chief Executive and Artistic Director of the Welsh National Opera. In his piece for The Guardian, Pountney discussed how cuts to funding are already “forcing local authorities to narrow their cultural programmes and opportunities.” When I mention the piece to Rhys, he’s quick to concur.

“It's a huge problem. I'm not a politician so I'm not sure what the figure is, but the Welsh national budget has been cut by over 10%, if not more. And, you know, you can only cut so much, before it completely destroys society. Or, at least, the society that we've been privileged to grow up in; based on the sacrifices of the industries of activism. It’s just being pulled apart.”

Of course, being a vocally-political pop star doesn’t come without its dangers, not least because politicians will attempt to piggyback on your popularity. In one particularly hilarious anecdote in his biography, Rawlins reveals that – shortly after the Noel Gallagher/Tony Blair love-in – William Hague allegedly attempted to lure Bunf into a similar photo op. Naturally, he was unsuccessful. Rhys can’t verify the tale, but admits that they “used to get all kinds of weird letters from all over the place. We got offered a Vodafone advert with David Beckham once.”

From William Hague trying to woo their lead guitarist, to a close scrape in a crack zone in Bogotá, via that infamous, purpose-built rave tank, SFA’s history has been every bit as surreal and fascinating as their recorded output. And yet, until now, the band themselves have never really indulged in nostalgia, choosing to perpetually forge forward, even during their six-year hiatus. In the time since 2009’s Dark Days/Light Years, the band have buried themselves in a plethora of side projects, with Rhys alone managing two solo albums, a second full-length release with Neon Neon, plus the feature films Separado! and American Interior. So, what next? Can we expect new Furries material anytime soon?

“We've got nothing planned. We're just going to enjoy playing these gigs, playing a big chunk of Mwng and some of the more interesting songs from our records. And, you know, we're all separately churning out records and enjoying it. We've all got lots going on – a whole kaleidoscopic world,” Rhys insists, before conceding with a laugh, “Though not at this precise moment, because we're stuck in a traffic jam.”

For live dates and to pick up the anniversary edition of Mwng visit superfurry.com. Check back tomorrow for a piece by SFA biographer Ric Rawlins.