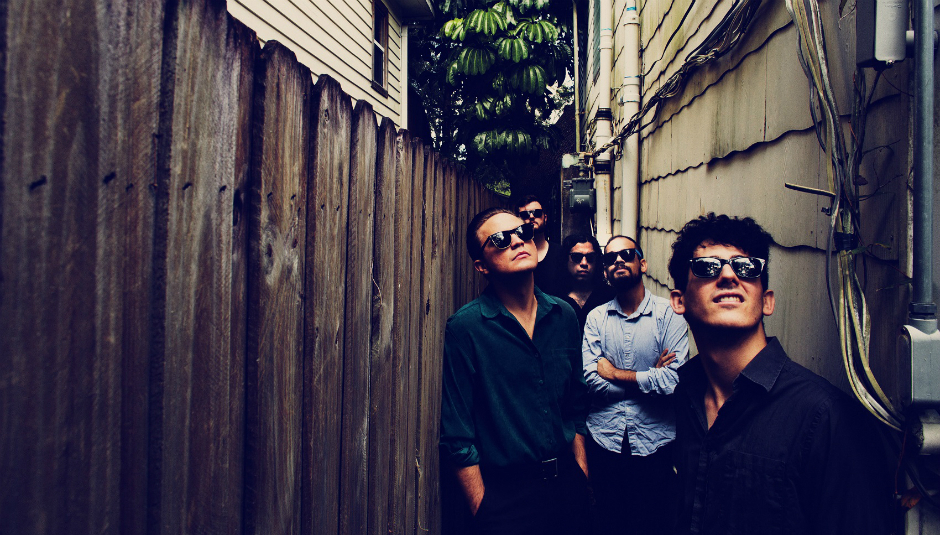 Holla! Thanks for dropping by for another DiS Does Singles, where we round up the best new songs from the week gone by.

We've treated our ears to a fair few stinkers these past seven days, but thankfully Merchandise made everything better with a video for 'Telephone'. They're Single of the Week for the second time this year.

There are also the latest, greatest tracks from Charli XCX, Pharrell and Tops for you to peruse at your pleasure. Plus, several of the those absolute clangers we were banging on about.

Go on. Dig right in!

When you really think about it, all the best songs involve telephones. 'Hanging On The Telephone'. 'No Action'. 'My Number'. 'Call Me Maybe'... And this theory has already run out of steam.

Anyway, the point is that Merchandise have made another track to add to the list. A firm favourite from this year's After The End, 'Telephone' is a timeworn tale of being strung out on love and waiting on a response.

"Give me a sign / or drop me a line," simpers Carson Cox with his signature croon.

Yes, it seems even a man who wears sunglasses indoors can be defeated by matters of the heart. The Tampa, Florida frontman can't have been too crestfallen though. He still found the confidence to pen a belter of a track.

Bouncing into view on a louche bass riff, 'Telephone' could well have descended into groove-based tedium. Instead, it's an exercise in delayed gratification. Just as Cox is sat waiting by his blower, you're left in limbo as listener. Then, after this flouncing about, the track bursts into melodramatic guitar chords and vocal theatrics, and everything swells towards a grand, swaggering climax.

That's Merchandise at the moment. Able to snatch triumph from the jaws of defeat. As if victory was never in doubt.

It’s just not going to happen for Charli XCX is it? With her debut album, Sucker, now delayed until January next year, we’ve been given ‘London Queen’ to temper the wait for a proper new single. In all honesty, that’s totally fine by us.

Such was the pressure on ‘Break The Rules’ to be a supermassive chart smash it completely fluffed its lines. The song’s vague message of be young-get smashed was familiar enough, but Charlotte Aitchison is about more than that. With five different songwriters and three producers attributed to the track, her bratty persona was used to prop up a limp synth chorus that might just get played on radio.

On the other hand, ‘London Queen’ intersperses chants of "oi oi oi wank" amidst its shimmering grunge-lite riff and tub-thumping drums. If this is failure, then January seems a long way off.

Even if Random Access Memories was definitively so-so, Daft Punk’s grand comeback still spawned three certifiable tunes. ‘Get Lucky’, ‘Doin’ It Right’ and ‘Gust Of Wind’, the latter of which belongs to Pharrell’s second album G I R L. Now Edgar Wright of Sean Of The Dead and Scott Pilgrim fame has done a video for the song and you will have a pleasant five minutes watching it.

Forget about Mr Williams’ trademarked intro trick and the cavalcade of strings, and stay vigilant for some of the most earnest hand dancing we have seen in long, long time. There’s even a physical manifesto of the ¯_(ツ)_/¯ emoticon. It looks something like this…

‘Outside’ is the torchburning centrepiece from Tops’ Picture You Staring. The moment when you stop bopping along to their joyous brand of jangling indie and instead sway to a slowburn rhythm. Singer Jane Perry gets the chance to really stretch her falsetto and she does so in sumptuous fashion, swooping along to a lilting synth line. Plus, its video doesn’t feature Mac DeMarco’s scrotum - so that’s a real plus.

War on Drugs: Suck My Cock

You might know Anthony Fantano as the guy who comments first on every YouTube music video, but he is also a music critic and proof that if you talk for long enough about anything you will eventually make a fool of yourself. His defence of ‘War On Drugs: Suck My Cock’ by Sun Kil Moon's Mark Kozelek essentially boils down to saying that people are allowed to have unpopular opinions. This is the standard line of defence for Kozelek fans these days, as surely you can’t call someone out for being an ass if everyone already knew that was already the case?

To this we say: sure you can. Perfect Pussy’s Meredith Graves did a pretty great job of exactly this.

Let’s not pretend for a second that one wretched cover of ‘God Only Knows’ is a smear on the original. Even if this new version for BBC Music has 4 million more YouTube views than The Beach Boys’ own effort. What troubles us most about this ‘authentic’ riposte to those Capital Radio ads is that it contains a thinly veiled threat of a new Florence and the Machine album. Because shouting in tune is not the same as singing, and this is still a lesson the kerrrazy redhead still hasn’t learned yet.

In My Dreams (PC Music)