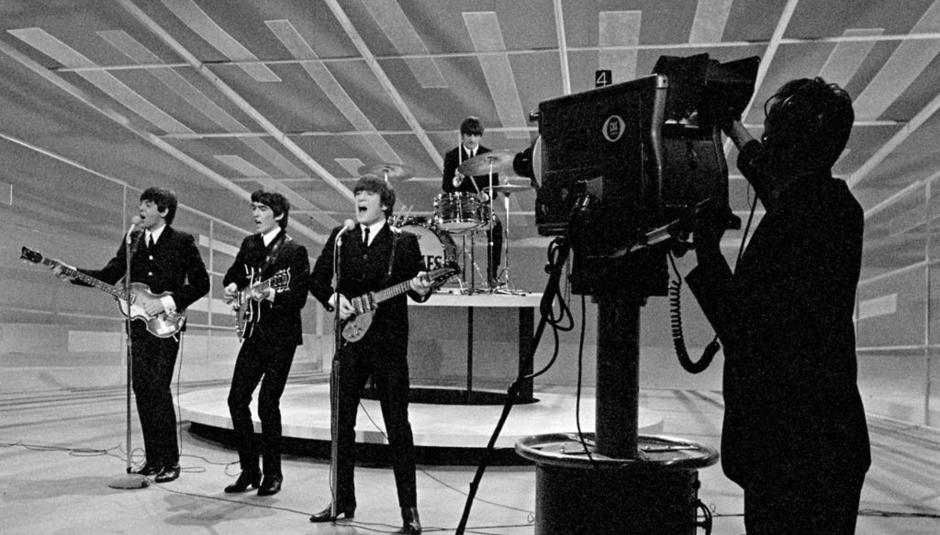 It goes without saying, but music technology - or perhaps more accurately speaking, the ways in which music is made, distributed and heard - has never been of more importance to listeners and artists than it is right now, today.

Article after article is written exploring, or rather pontificating and conjecturing, as to just “what this means”, “what could happen next”, and whether or not this “is this a good or a bad thing”? As with all communication, new music is undoubtedly now for the most part, firmly led by technological innovation - begging the question from Kevin Godley (original drummer from 10cc and music video director), “is technology the new Beatles?”

Despite first impressions, it's a deceptively apt comparison. Since John, Paul, George and the other one were at it, there’s not been an entity on the scene that has inspired as many millions of listeners to take a stab at their own music making. And it's not just about the inflated music sales, distribution and production - live music, and in particular festivals, are absolutely raking it in lately. According to one article on US festivals, music festival revenues have almost tripled in less than a decade. The usual management-speak conclusion is that "people really want the 'live' experience now that their lives are flooded with 'fake' digital versions and representations", but it seems far more logical to conclude that such growth is the result of a generally growing interest in the art itself (and perhaps admittedly a fickle desire for something exciting to put on their social network feeds). The Fab Four pioneered the same phenomenon, selling out stadia in the Philippines, Japan, Germany, Canada and the States long before such a style of tour was normal. It wasn't that the listeners craved something ‘real’ they were missing - the purportedly poisonous fakeness of digital technology was still decades away - simply that The Beatles' music was accessible on a previously unprecedented international level in the wake of Beatlemania, which was itself internationally facilitated by lingering imperial channels of cultural communication (the BBC, US military radio stations, etc). Post-Internet, a far broader selection of music is available across a range of markets, with digital distribution and logistical costs rendered negligible in comparison to the physical production costs of a vinyl pressing plant or CD factory. The result is a listener-led marketplace. It’s better for us, and worse for them.

That Beatles question arose in conversation between Kevin Godley and Keith Harris - chair of Music Tank, a think tank on the music industry based at the University of Westminster. Harris was chairing this evening’s discussion on the subject presented by author, Jeremy Silver. According to Harris, they aimed to discuss “whether technology has the ability to inject the same kind of new vitality into a flagging record industry as The Beatles did to the business in the early sixties.”

After filing in to the University of Westminster, we were treated to five presentations from five music tech startups, followed by a panel discussion from ‘experts’ reflecting on what they’ve just seen. In essence, there is no real, tangible consensus to be made from the evening - there is however, even amongst these business-minded folk on Regent Street, an impassioned, genuine fervour over the fate of the music industry - something that has certainly been ignited by digital technology’s omnipresent impact.

Things kicked off with two presentations from startups aiming to launch new electronic instruments. First there’s ROLI with their slick black Seaboard, and then the lower case obsessed 'nu desine' with the colourful globe-like AlphaSphere. The Seaboard, which Hans Zimmer has purportedly described as “inspiring”, is essentially a flattened silicone keyboard, with touch sensitive pads that enable the player to add and fiddle with vibrato and slide between notes. It’s certainly a handsome bit of slick kit, but clearly it’s no game-changer. Despite all this talk of how such a device will stoke creativity and open up new sounds, the demonstration consists of little more than the player very boringly (albeit accurately) emulating a double bass, an acoustic piano, and playing some Eno-ish synth ambience.

It needs to be said: this is nothing new. Moogs and Rolands actually created brand new sounds years ago, already adding vibrato and glissando to the keyboardist’s repertoire. The real power - as with all MIDI controllers - in fact lies in the laptop to which it’s connected, and this device, just like the AlphaSphere, merely apes pre-existing controllers in a slick aesthetically designed package put together with the sole purpose of looking ‘modern’.

With its dozens of differently-sized touchpads and colourful light display, the AlphaSphere aims in words of nu desine founder, Adam Place, to combine “all of the elements of music production into one machine that allows [the player] to be creative”. Now ‘creative’ is a usefully vague term, and accordingly the demonstrations do little but trigger cheap Skrillex-alike dime-a-dozen dubstep on the AlphaSphere. In keeping with the evening’s provocative title, they even try to playfully remix ‘Lucy in the Sky with Diamonds’, but the player stumbles when recreating Paul McCartney’s iconic opening Lowrey organ melody on the needlessly complicated AlphaSphere interface. Perhaps it’s just supposed to be a ‘creative’ reinvention of the thing... but it sounds to me like something of a mistake, and most definitely the by-product of an unnecessary device.

The idea that new digital instruments are what’s changing contemporary music is a real fallacy. The rise of MIDI as far back as the 80s was really when music creation hit a real singularity, and since then newly emerging tools of music creation haven’t widened the spectrum, they’ve simply gotten cheaper and more accessible. The Beatles certainly popularised unusual studio techniques, but they were operating in a purely analogue world, where creating every new sound was essentially an act of engineering and problem solving. In this respect, technology is undoubtedly better and even bigger than The Beatles (and thus by extension, Jesus - but that’s another panel discussion entirely), removing the barriers put in place between musicians and potential sonic exploration. It’s worth remembering that the saxophone, invented only some 170 years, was developed by Belgian instrument designer, Adolphe Sax to fill in a sonic void between pre-existing, already ancient brass and woodwind. We’re past that digital singularity now. Sonically, we’re utterly unbound via computers, and new instruments - or rather ‘controllers’ - like these are sideshow distractions. The future lies in experimental software, not flashy hardware. Jeremy Silver spelt it out later during the panel discussion: “The best use of tech is when it doesn't get in the way and you don't notice it."

The only genuinely inspiring presentation came from Rafe Offer, explaining the rise of Sofar Sounds, a website organising small, intimate, and most vitally, secret gigs, the locations of which are divulged to a subscribing online audience under the agreement of silence, patience, no drinks, and deep listening throughout the duration of the show. The Sofar Sounds project most deftly demonstrates that most powerful attribute the internet’s held onto since its inception: that of a global, virtual noticeboard. Via the web, Sofar Sounds recently held its 1000th event since it was founded in a north London flat back in 2009 (featuring a surprise performance from Karen O), while events have gone on to be held in dozens of locations around the world - from Norwich to Manila. Sofar Sounds representative Offer speaks with an infectious passion, and plays clips from shows filled with enraptured, silent, not-on-their-phones audiences. The entire project is filled with a profoundly inspiring atmosphere, using technology to bring people together and play great gigs. The Beatles didn’t even play live gigs at all after Candlestick Park in 1966.

Cases are made by both 'Immersive Album', and Musion - the holographic events company responsible for the world famous Tupac hologram that performed at Coachella in 2012. Immersive Album essentially produce ‘albums-as-apps’ - much like Björk’s Biophilia app. It’s a genuinely new area, in the sense that how we consume recorded music still very much relies on a paradigm inherited from an era where the album simply had to fit on to two half-hour sides of vinyl, or play in linear order on a tape, or fit on to one or two eighty-minute CDs. The ‘album’, or whatever form a piece of music is presented to us, could be quite a lot more now. Interactivity isn’t the only way forward, although Immersive Album present some fun things to do with albums where the listener can ostensibly remix as they listen. The album as a single, cohesive artistic statement is one of The Beatles’ most overpowering legacies. Before them, only the likes of Frank Sinatra or Marty Robbins’ themed collections of Americana had felt as interleaved and cohesive in the realm of popular music albums. Now though, digital technology has unbound music, throwing open unbound potential for consumption and distribution. The recent free U2 album which we all swiftly deleted having had it thrown upon us by Apple was basically an act of patronising corporate malevolence - but it did demonstrate the sheer power these channels of distribution have; to send the same piece of (admittedly totally dogshit) music to millions of virtual collections in an instant. The only question is why should it always be the norm of a dozen or so tracks played in order with some album artwork?

The music industry is clearly, to at least some significant degree, separate from what music is itself, but the advent of mass communication during the last two centuries has left the two irrevocably intertwined. The Beatles comparison is perhaps most apt when one considers how few have had quite such an impact on both the industry, and the art form itself. With the likes of Revolver and Sgt Peppers, they reframed musicians as actual artists and visionaries, while elevating the potential for a musician’s international appeal via jet plane travel, radio play, and widely-available vinyl pressings. Technology is doing the same, only more so, and most importantly, cheaper and more accessibly.

As detailed in Julian Cope’s Japrocksampler a visitation from The Beatles (along with the musical, Hair - yes, really) basically persuaded many dormant Japanese rockers to grow their hair, turn up their amps and rock out, birthing the country’s massively influential psych-rock scene. Now though, it doesn’t require a budget in the millions to get the music out there, nor does it require hours and hours of painful studio time, physically slicing up magnetic tape to create brilliant music. Passable condenser microphones can cost less than the weekly food shop, decent recording software is available for free (and the expensive professional stuff can be, ahem, ‘found’ for free to if you’re into that), and the music can be sold, bought and heard with zero cost on the production physical goods. MP3s are quite literally infinitely reproducible at zero cost. The Beatles said it in ‘Revolution’: “we all want to change the world”. Well now we all can.

For more information about this MusicTank event, click here. And here's the full transcript from the event.