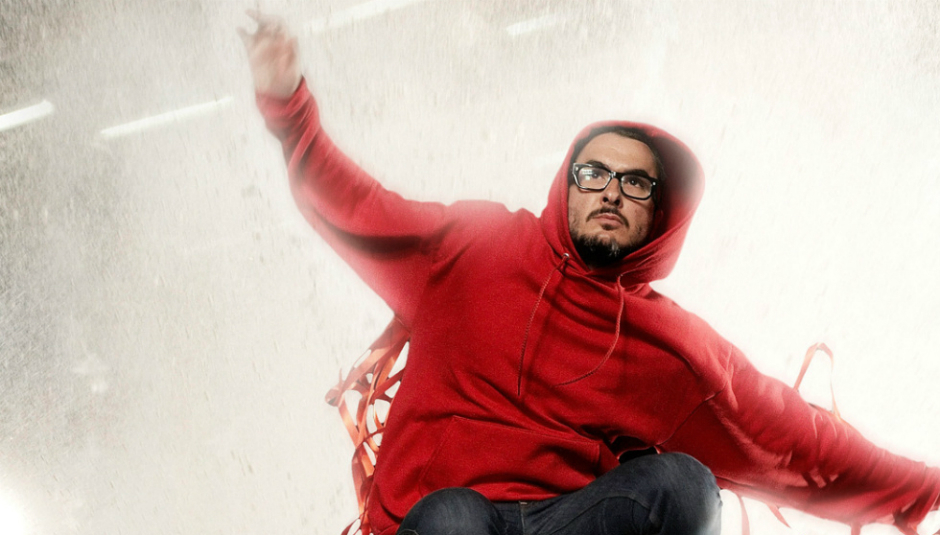 Hello there and welcome to a special edition of DiS Does Singles.

Last week George Ergatoudis, Head of Music for Radio 1 BBC Radio 1 & 1Xtra, caused a bit of a stir by saying this:

Make no mistake. With very few exceptions, albums are edging closer to extinction. Playlists are the future. http://t.co/MsUtuFencu

The gist of his opinion, as explained in a BBC Newsbeat interview, is that most albums are “mediocre” and that playlists allow listeners to get the best of the best in one efficient musical hit. This has always been the way with radio, and music streaming services like Spotify are further promoting the concept at the expense of the album. Give it five years, and “in terms of where most people are spending their time, it's going to be listening to these playlists - not albums."

You might think this is a highly contentious argument that relies on a still not profitable business model to predict the downfall of a 125 year old musical format. We however, welcome the latest infallible declaration from our new playlisting overlords.

To celebrate the demise of everything you hold to be just and true, we decided to review the Radio 1 playlist as a shining example of how new music discovery should be done. Sort of.

Radio 1’s playlist is split into four tiers: A List, B List, C List and In New Music We Trust. The A List is for certified chart hits and new songs from longtime station favourites. That’s why it differs to the Capital FM playlist and what you’ll hear on Kiss FM. It’s supposed to represent a broader range of youth-orientated music.

The best song to ever feature Big Sean is also this week’s Number 1 and a MASSIVE TUNE. Kenny G’s jazz sax legacy is raised to new heights by a former Nickelodeon starlet and Nicki Minaj’s archenemy. Now there’s a sentence we didn’t think we’d write in 2014.

‘Bounce’ was premiered as Zane Lowe’s Hottest Record in the World on 10 April 2014, so you can safely assume that it’s utter codswallop. Just to be sure, we gave the bloke behind ‘Hot Right Now’ a second chance and reminded ourselves that forgiveness is for the weak. A wholly forgettable song that just scraped in the Top 10 as a result of its heavy rotation support.

People like Ed Sheeran. As with the Conservative party and ITV1, this is one of those things in life you just have to accept and move on with. Otherwise, you’ll get way too stressed with the state of humanity.

What’s interesting about x, the album that spawned ‘Sing’, is that it hit Number 1 in both the US and UK album charts andscored the most global 'week one' streams of an album in Spotify's history. So people wanted to hear the whole record whether they were buying it outright or effectively renting it #RIPAlbums

If you were acting like an absolute simpleton, you could breakdown Radio 1’s A list into two rough categories: dance bangers and acoustic ditties. The bangers outweigh everything else, but George Ezra is propping up team authentic with the wholly serviceable ‘Budapest’. Although Ezra’s appeal boils down to the fact that he sings like a chain smoker, this remains a pleasant song that most kids could blast out in their bedroom without upsetting mum.

As Darren Hemmings recently explained for DiS, the entire music industry is obsessed with stats. ‘Stolen Chance’ is a product of this fixation where play counts from YouTube, Shazam and the like are valued as much as the quality of the music.

Whether or not you agree with this approach, Radio 1 have been quick off the mark in latching onto Milky Chance’s viral smash. Having been uploaded to YouTube on 4 April 2013, it was added to their playlist just 445 days later on 23 June 2014.

The Radio 1 B List is for songs that are either destined for the A List or sort of ‘alternative’ but not really. Of the 15 songs that were featured this week, two belong to independent record labels.

While the Diplo-produced ‘Climax’ was all kinds of phenomenal, it could hardly be described as a crowd-pleaser. Hence Usher has returned with ‘Good Kisser’, a back to basics sex jam that undulates around a single, sultry bass riff. We like it and so do Radio 1, but the Disclosure remix that was unveiled last week is a whole lot better.

Ditching pretty much all of the original track bar its vocals, the Lawrence bros show yet again how to throw a rave-pop party. That is by upping the BPM and flinging your synth lines around in numerous, dizzying directions until they attain absolute euphoria. You’ll be gurning along by the time its chorus drops.

Having ‘judged’ three series of The Voice, one wonders what will.i.am would have to do be boycotted by the BBC. Probably a war crime.

Whatever you think of Jungle - obsessed with the same gloopy funk beat; better at music videos than songwriting - they remain the most-hyped new music act of 2014. Remarkably, ‘Time’ is the first song of theirs to be given a properly big push by Radio 1. Despite their first single ‘Platoon’ having blown up to the tune of 800,000 YouTube views. It’s good to be consistent, you know?

Since Arctic Monkeys did a second Black Sabbath tribute album, rawk with a capital 'ARGH' is definitively the guitar sound du jour. An absolute travesty for fey indie bands is Pulled Apart By Horses gain, especially as they’ve just traded up from Transgressive to the Sony-funded Red UK. Fans of hard-riffing, eternally raucous living will lap ‘Hot Squash’ up as it could comfortably sit on Humbug if you toned down the yelping. What we’d give to hear Alex Turner have a crack at Tom Hudson’s squawk.

In which Lily Allen lays waste to the world of internet haterz by channeling the critical faculties of a tranquilised sloth. Another dud single from an album that’s full of them.

Unless you’re a really big deal, your single will start will start on the Radio 1 C List. If you’re a new band or the song doesn’t really stick with listeners, then this is likely as far as you’ll go. As for those singles the station really isn’t sure about, there’s always the In New Music We Trust selection.

Boom Clap is a brilliant pop record from @charli_xcx. https://t.co/E3G085MPd9. Surely set to be huge everywhere.

Look up ‘tautology’ in a picture dictionary and you’ll find the above.

Scrappy surf-pop from four Scouse scallywags. It’s not the future, more like ‘Wreckin’ Bar (Ra Ra Ra)’, but it’ll do in lieu of a new Libertines LP.

Nicking the hook off a Chaka Khan song is pretty low, even if you’re neo-soul Plan B rip-off who’s in desperate need of radio support. So you have to wonder why anyone would fall for it.

She was almost the Sound of 2014, but hasn’t released a decent song all year - so what do you do with Banks? Bury her on the In New Music We Trust playlist, of course. Can’t let that self-fulfilling prophecy slip.

What we’ve learnt from the Radio 1 playlist

The Radio 1 playlist isn’t awful, just immensely conservative. That’s what you get by relying on stats to break a single instead of taking the risk yourself.

What’s problematic with this philosophy is that plays more to certain interests than others i.e. established and major label acts with a healthy promotional budget. They don’t need championing to escape specialist music shows ghetto and already sell a lot more singles than they do albums. Clearly that latter format is in indisputable decline, but it won’t be eradicated by Spotify and its many competitors. If Jack White can top the US album chart in 2014 thanks to record breaking vinyl sales, then it’s going to take a very long time for music streaming to achieve the dominance that George Ergatoudis claims is impending.

By positing the playlist as the immediate future of music, Radio 1’s attitude to new music is already vindicated. Most alternatives to the absolute mainstream can be justifiably restricted to the late night airwaves, allowing the safest of bets to be cherry picked for a 9-5 audience. It’s the listener’s job to delve deeper if they want to.

That’s a strange proposition for a station that so often claims to be at music’s cutting edge. In reality, Radio 1 is shifting further and further away from the cliff face.

DiS Does Singles will return as normal next week. In the meantime, here's our pick of the best songs of 2014, so far.