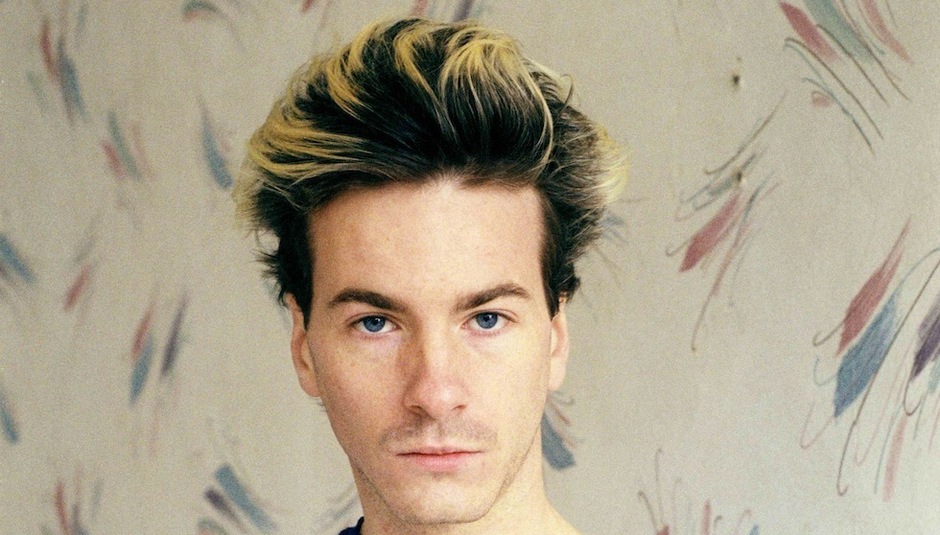 We've all had those nights where everything goes wrong in a gin-fuelled haze. One minute you're in an awful club enjoying music that would be terrible in any other surrounding, operating under a false sense of hubris that can only be experienced after sinking £50 into the bar. Then before you know it the darkness descends, you've lost everyone, your phone dies and you're walking home alone at 4am wondering where your passport is.

Obviously disparate events like this are few and far between, but if there was a soundtrack to these rare late-night experiences (other than faint recollections of Pitbull) it would be Joyland, the second album from Trust.

Back in 2012, Trust emerged as the collaborative project of Roger Alfons and Maya Postepski and their debut record, TRST was a foreboding yet sexually fuelled release built around dark synths and oozed a sense of melancholy that pleased critics with its brooding intensity. Since then, Postepki has departed to focus on original group Austra and the project has become a solo effort for Alfons, a development that has been felt in Trust's long awaited follow up, released earlier this month on Arts and Crafts.

Seemingly pushing the foundations of his sound to the limits, Joyland is equal parts euphoric and dark, building upon the atmosphere cultivated in TRST and taking things to both ends of the spectrum. For some it may resonate as a confusing listen, but at the same time it is an incredibly immersive experience, which is why it makes sense to speak to the man behind it all (albeit via an incredibly sporadic Skype connection), before a long summer of touring.

Hey Robert, where are you right now? From this horrible time-lag I would guess you're in Toronto?

Yeah I'm at home, I'm just chilling out before we head out on tour in about two weeks.

How are you feeling about touring this record? because you've been somewhat renowned for your huge live show, but this album has a completely different feel to it than TRST, have you had to change much in terms of production?

I think we're just picking up where we left off really. I don't want it to become a whole new thing that's unfamiliar for an audience and myself to be honest.

That makes sense considering the organic sense of progression that Joyland presents. The record as a whole felt to me like you were going deeper into that late-night atmosphere, showing a wider range of emotion with different, darker styles, which in a way encapsulates those confusing nights out we've all experienced. Was that something you were consciously trying to capture?

I was definitely trying to encompass a range of different things, whereas with the first record there was a specific tone and mood that I wanted to keep consistent. It's awesome that you felt that when listening to it, I just feel that sometimes people won't properly listen to a record and just put it on in the background, but if you put it on and immerse yourself it will take you on a journey of sorts.

There's definitely an immersive quality to this record, but moreover it's incredibly emotional. It must be difficult to get into such a candid mindset...

I just can't help being emotional (laughs). I had a musician friend ask me the other day if I see shapes and such when I create, and I guess there's certain artists that see geometric shapes or colours when they make music, and it fascinates me because I don't see anything at all, so it makes me feel like i'm not in the club or something. For me, making music is just extremely emotional, and that's the one prize my music has.

Do you ever worry about perhaps sharing too much, and leaving nothing to yourself?

It is filtered through so many levels that it becomes overwhelmingly different to the raw emotion as such, like you won't find me reading from a diary or anything like that.

So this album was recorded all over the world right? How did that affect your writing style?

It was through a matter of circumstance that I just wasn't in the same place for very long. It definitely changes the way you write, the way a song comes together and the finished outcome for sure.

Do you think that will make it harder to work in the future, as you may feel the need to constantly throw yourself into challenging environments?

I think I can accept that challenge, and I never try to recreate things for myself, so I think trying a new setup is always welcomed for me.

That's understandable, because I guess new experiences will always breed new forms of creativity for you to explore. In that vein, would you say Maya leaving the group and this becoming a solo project was a blessing in disguise, as it must have forced you to look at your work in a completely different light?

Obviously I enjoyed the collaboration between Maya and myself, but from the start this was always my vision in a way, so it was good to be faced with having to work solo and stand up to your gut feeling and not have someone else help you make the decision.

Was it daunting losing the safety-net of sorts though?

Totally, but as always I have close friends who I can rely on for feedback when I'm lost. I think it's really important to have that core group of people around who can be completely honest.

In some ways a debut album can restrict you, because you have to show where you've come from so far and arguably put more into it contextually. Did you feel you had more freedom working on this record?

If I look at it that way, I probably felt more pressure putting out this record to be honest, as there was an expectation of sorts, whereas with a debut you're kinda coming out of nowhere. I did feel more free though this time around as I gave myself that freedom, on the first album I was quite restrictive because of the mood of the album as a whole, so I couldn't do certain things because they wouldn't fit. I could definitely do more things on Joyland.

That's what I gathered from the record, as it felt like you kept the core appeal of your sound relatively intact, but in some parts pushed yourself to disparate territories, for example there are songs that are massive and euphoric, and others that are incredibly dark and introspective...

I definitely tried to do that, so it's nice to hear that some of it was achieved. I hoped to take what I had already done and just expand on it, or go even deeper within that you know?

How do you feel about the tags people have given your sound? Throwing a few out there i've read the likes of 'Goth-Revival', 'Witch-House' and 'Cold-Wave'...

Obviously no one wants to get boxed into a certain style, and tags like that are limiting, though as much as that kinda music has inspired me I want to push myself further outside of that. Sometimes music is confusing for people but that's just inevitable I guess.

Do you aim to confuse people in your work then, or at least change their expectations?

I think there should always be a level of mystery, and looking the way I digest music as a fan I'm inspired by that sense of intrigue, particularly artists who bring a consistent sense of variation throughout their careers like The Cocteau Twins, Kate Bush or PJ Harvey.

So based on that what direction do you see yourself taking in the future?

I actually just wrote a new song this week, which is crazy really because it's such a new beginning. I obviously have ideas about what I want to do but they have yet to manifest, I can imagine the next album being a lot more ambient though. In the past i've got into the habit of creating just a wall of sound, so in the future it would be interesting to try and create something more sparse, I like to challenge myself, which is the whole point I guess.

Joyland is out now on Arts and Crafts. 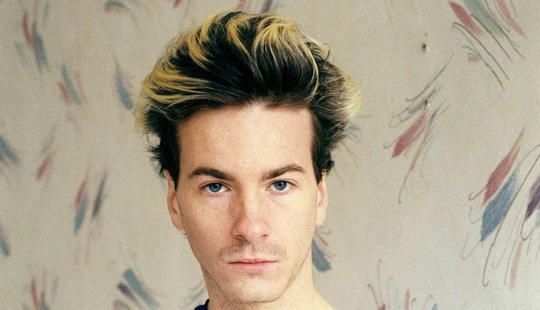