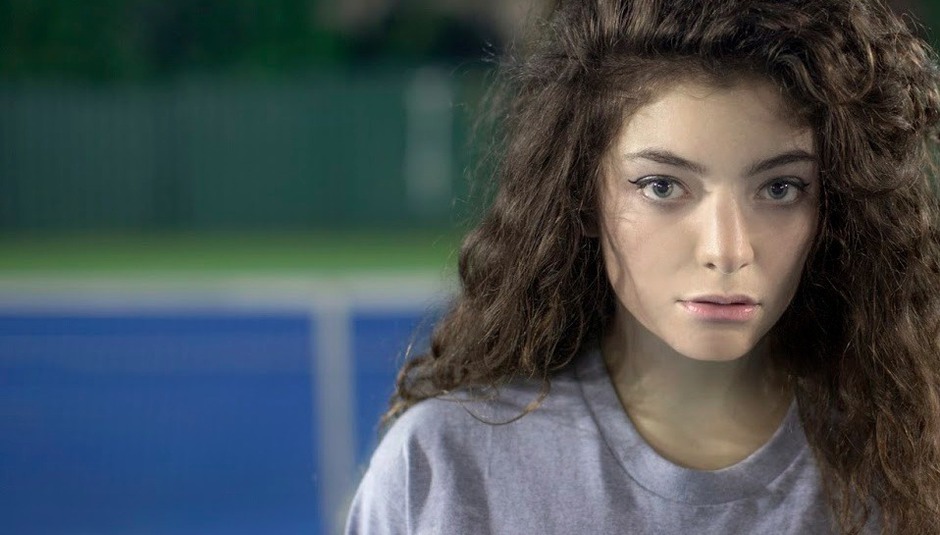 As part of their takeover week to celebrate the release of their new album, Paul from 65daysofstatic has compiled a mixtape full of the music he's been loving recently...

I couldn't tell you why I like this but I swear it feels like the best pop song since Umbrella. It's not lazy, it's not dubstep; it's got a sadness and innocence about it that I keep coming back to.

When she sings 'pretty soon I'll be getting on my first plane' you're like, 'fuck, I'm so old and look where we are now as a culture when something as insane as flying around the world in a metal tin held up by physics has become normal and an inevitable rite of passage for a small percentage of the world but remains an impossibility for the rest of it, but at least she's singing about it with a note of wonder in her voice; when I'm in an airport all I think about is oil and sushi and when William Gibson said 'the future's here, it's just unevenly distributed' then maybe it's pretty heavily distributed in the direction of this song, teetering as it is on the scaly long tail of the end of a world built on fast travel and self discovery and that pitch-shifted 'yeeeah' sample really shouldn't work and I don't get why it does but it really does'.

Also it seems to be about being a beauty queen teenager in New Zealand hanging out on a tennis court, which is one of those formative experiences we can all relate to.

When Youthmovies disbanded, I employed the guitarist Al English as my full time audio researcher. I pay him in distant friendship and pithy twitter mentions.

I asked him for music that sounded like Rothko's paintings and he came back with this. Much like those magical doom colours on Rothko's canvases, you can fall into it and never come out again. (Why would you want to?)

Effortlessly brilliant. They somehow get away with being much, much better than most of their musical output. But when they do it well it's brilliant. This track is them at their peak. I think the video for I Fink U Freeky they made with Roger Ballen based on his photography is genius, even better than the video for this, but as far as songs go, Fatty Boom Boom has gotta be the best thing they've done so far.

The sound of winter 2012-2013 and all the shades of gloom held within it. I think all of us in 65 soaked up a lot of whatever we could of this before we went into the studio to make Wild Light. Listen to all six hours of it. You won't be disappointed.

'I got a feeling I just can't shake...' What a song, what a record. Can't quite believe how he keeps putting out music of this quality. 'Ah, some people say it's just rock'n'roll... but it gets you right down to the soul'. I don't even believe in souls and it still gets me there. What's that about? And what's that heartbreaking, fragile, tremolo noise that comes in about half way through? That's the kind of noise that can break you in half if you're not ready for it. Keep on pushing.

From the Music From Saharan Cellphones project. Apparently a lot of music is traded on memory sticks on the trading routes out in the desert where wifi isn't quite so prevalent. Someone, somewhere, came up with the idea of gathering up all the swapped audio, tracking down the artists, and releasing compilations on bandcamp. This is just beats and voices; melodies played only on drums. Relentless.

The Dread Exhibition opened in Haarlem, Netherlands, this September. I've been following the build-up to it with a lot of excitement, as it's bringing together a lot of artists like James Bridle , Trevor Paglen and Timo Arnall who are creating, as far as I can see, some of the most relevant digital art of the moment. There's an urgency in the work they do that I am disappointed to not currently see mirrored in the world of music. It's like the tools us bands have been wielding aren't the right ones to communicate what's happening in the world, all of a sudden. It didn't surprise me in the slightest to see that Emptyset are booked to play the music side of this exhibition though. If the idea of dread can be captured in a sound, then it's hidden somewhere inside the noises they caught on Medium. Breathtaking.

Feels like we've all fallen outside of time these days, but I think Autechre jumped a while ago, before they were pushed. Atemporality pioneers, living out there with the wild algorithms, slowly learning their language. I think they've got their green cards to become permanent citizens. Listening to their beats is like being five years old and having maths explained to you for the first time.

This is here because it took me about five years to realise how good a record Third is. Probably my most-played record of 2013. Saw them pull off a subtle and masterful Glastonbury headline set earlier this year without feeling the need to resort to bombast or gratuitous volume. Anyway, Magic Doors. Beth's singing for all of us on this one... 'I'm can't deny what I've become, I'm just emotionally undone...' Those scratchy, slightly detuned violins, the insanity brass! It's like Portishead are so incredibly good they have the power to hold a nightmare in their hands and fashion a window for you to safely look through onto it; it's scary, but you trust that the barrier will hold, because it's fucking Portishead.

Once in a while, if it's past midnight, I dare myself to switch off all the lights and listen to this on headphones. I say 'once in a while', I tried this exactly once. I made it about 8 minutes in before I had to stop.

If you've seen 2001: A Space Odyssey, this is the full version of those haunting, wailing voices you first hear when the astronauts go down onto one of Saturn's moons.

The double bass scrapes at the beginning of this first movement feel like they're digging out extra space in the world, ripping open some kind of black hole or abyss, because anything less wouldn't be able to contain the storm of absolutely terrifying music that's about to follow.

It's an incredible piece of work. I'm listening to it now as I'm writing and it's sending shivers up my spine.