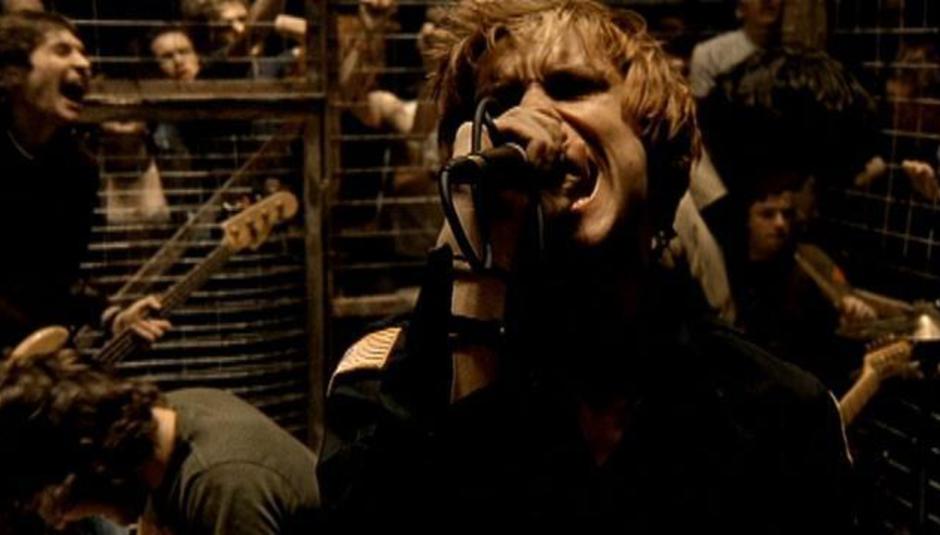 Ah, the singles column... DiS’ weekly rummage through the digital racks of new releases to get a sense of what’s going on in music right now. With Robert Leedham off watching The Replacements' first show in 22 years over in Toronto, it’s been left to me, DiS’ grumbly editor, to plough through a pile of new singles whilst trying to drink enough coffee to get rid of my lingering Reading Festival hangover…

As is the way of the modern 'journalist', I used Wikipedia to find out about these tracks, so as to ensure my mind wasn't sullied by the slurry of press release-ease and in doing so, I found out some things which tickled me.

Wiki Fact of the Week: Wikipedia searches for "Twerking" were up 1,568% this weekend, according to WikipediaTrends.

Hang on, this sounds like Ben from the Cooper Temple Clause singing on a Kasabian song… oh, that’s because it is Ben Gautrey from TCTC, singing on former Kasabian guitarist Chris Karloff’s new project. It’s good (hence making it single of the week!), but goddam, with its Chemical Brothers drums and floaty-positioning of the vocals in the mix, this doesn’t half sound 90s… Which is fine, because everything else out this week sounds a lot like the 90s are buh-buh-bub-back (but maybe not in a good way...).

Ah, the return of a great lost 90s band… actually, no, it’s PINS, from Manchester, who seem like the perfect Elastica support band. If I didn’t know they had better tunes than this, this would be single of the week, without a doubt. Melody Maker would totally have made this single of the week too, but back then they woulda spent the entire review explaining what a free download is/was.

Wiki Fact: Paul Jones from Elastica is now an A&R man at Rough Trade records and has signed various acts including Warpaint.

Villagers debut was an extraordinary opening gambit, and the follow-up {awayland} it's fair to say is perhaps more intriguing than wow-ing. Oddly, the video reminds me of one of those stoner-rock or dEUS videos that you used to see at 1:37am on Mtv2’s 120 Minutes. Oh the 90s, how you haunt me…

Zero 7 are back! Sorry if you missed the memo. They return, after 4 years away, with ‘On My Own’ a nine minute and ten seconds long ‘track’… it’s a ‘song' about a man being “in love” whilst being on his own (any snide mention of masturbation has been removed in case my mum is reading...). He sings “on my own” many-many times throughout the duration of the ‘tune’ that feels like it goes on for a few pleasant days. However, 'On My Own' sounds more like blog-friendly “bedroom disco” remix of a Friendly Fires track than a ‘single’. but I’m sure there are clubs with incredible air conditioning and bubblegum-scented loos in Scandinavia where this is a huge floor filler.

Wiki Fact: Henry Binns (one half of the duo) received a credit for additional sampling on Kid A.

As it starts, I can’t believe this isn’t a Twin Peaks remix done on an Atari by Fuck Buttons channelling their inner Kid606, before asking a bunch of shouty screamo kids to come in and do some vocals. It’s like nu-rave never happened.

Wiki Fact: There are approximately 110 million Persian speakers worldwide, with the language holding official status in Iran, Afghanistan and Tajikistan.

I like Ghostpoet as much as the next DiS reader, but no amount of lines that end with ‘french fries’ and backward trumpets at the end, will ever convince me that this is anything but an album filler track (off a Roots Manuva album from 2002...). A hit single, this is not.

Wiki Fact: It is unlikely that "French fried" refers to frenching in the sense of julienning, which is not attested until after French fried potatoes. Previously, Frenching referred only to trimming meat off the shanks of chops.

This is a lovely drifty gentle song. I inhaled a couple of times whilst it was playing, but never gasped.

This Week’s Rock Bottom (There Are Several More Than Usual)

GAMBLES ‘So I Cry Out’

The most plodding yet ‘emotive’ track of the week prizes goes to this…. If this was - as it could be - Jake Bugg or Frank Turner doing a pathetically strummed ballad, the most stuck up of indie snobs would definitely not be sharing this on Twitter. The fact he didn’t bother to re-record the bits where his vocals crack or drift out of tune give this a ‘genuine’ ‘authenticity’ (Woo! No autotune!!!!!!!) that make it alright for people with machine-distressed jeans to lap it up whilst drinking with from a mustache mug.

It sounds just like that local covers artist who usually plays Ed Sheeran and Dylan songs trying to re-interpret ‘Skinny Love’. It features a line about hand-holding and some whistling that has none of the cutesy charm that it could. Shame, because there’s something potentially special lurking here, but this ends up being unmemorable, meandering, uplifting misery... There was no re-crafting of the song to turn it into something poignant and powerful. I mean, it’s not even as good as that ‘Outside’ tune by Staind.

….And the award for deeply average track that uses half naked ladies to disguise how piss poor it is whilst ramping up the all important playcounts goes to…

Wiki Fact: The appearance of nudity in music videos has caused controversy since the late 1970s, and several explicit videos have been censored or banned. Nudity has gained wider acceptance on European television, where audiences often view nudity and sexuality as less objectionable than the depiction of violence. In contrast, MTV, VH1 and other North American music-related television channels usually censor what they think is inappropriate and might be considered offensive to their viewers. Read more…

THE NIGHT VI ‘Thinking of You’

Most soulness accidently ‘nu-soul’ (sometimes referred to as neo-soul) track of the week... Proof that with all the modern laptop trickery you can’t hide terrible lyrics about houses of cards and not being able to sleep. This is hotel lobby trite (it even has the line “in my hotel room, thinking of you”). Is this really being released by humans in the year 2013? Oh, wait-wait, yes, it must be, because here come those xx-ish guitars, and oh look, they spent more time on their record sleeve than writing a chorus.

Wiki Fact: As a term, neo soul was coined by Kedar Massenburg of Motown Records in the late 1990s as a marketing category following the commercial breakthroughs of artists such as D'Angelo, Erykah Badu, Lauryn Hill, and Maxwell. The commercial breakthrough of D'Angelo's debut album Brown Sugar (1995) has been regarded by several writers and music critics as inspiration behind the term's coinage.

Fuck me, did the brit-rock wars never end? This sounds like InME and there’s a reason why a lot of you have never heard of them. It’s a Funeral for a Friend b-side at best. It’s ‘rock music’ for mums. I blame Biffy. And aging Pearl Jam fans. Or maybe I should be slinging this shit back at that dick from The Script. If we need to blame some fucker, it might as well be him. If this is the future of music, cover me in honey and let bats eat me alive.

Wiki Fact: Rock ’n’ Roll’s etymology comes from the phrase "rocking and rolling" originally described the movement of a ship on the ocean, but was used by the early twentieth century, both to describe the spiritual fervor of black church rituals and as a sexual analogy.

Wiki Fact: Apparently this guy once opened for Wilco. In Luxembourg. Luxembourg….