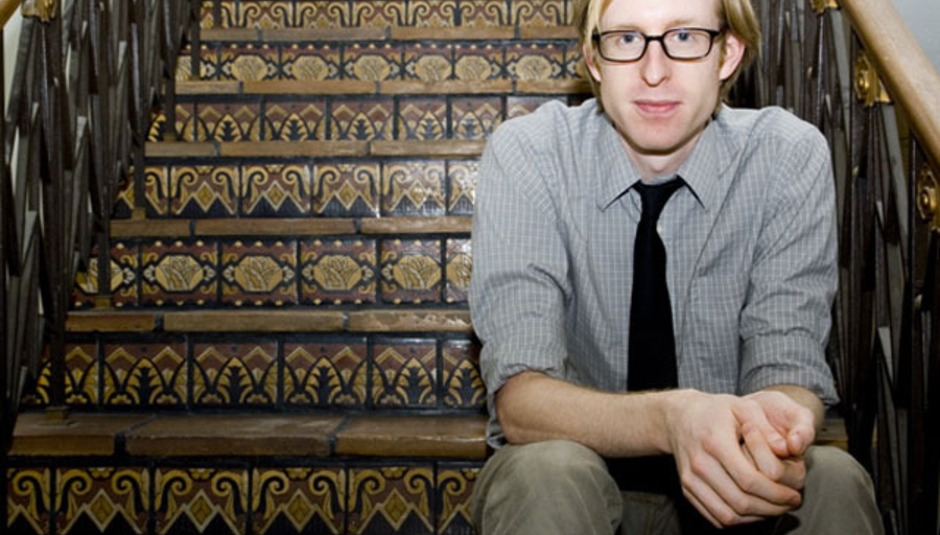 'Planet Gear' is an irregular feature on DiS, in which we ask musicians to get a bit geeky and talk us through the equipment that makes the 'magic' happen... Here, James Yuill talks us through his love affair with MIDI...

After 2010’s release Movement in a Storm James Yuill is back with his third album entitled These Spirits for release on his own label, The Happy Biscuit Club, on 18th March 2013.

‘Turn Yourself Around’, released March 4th, is the first single to be taken from this new album and we can an exclusive first listen below.

Not sure why, but this feels like a confession.

"I'm not an analogue synth guy"

There...I've said it. Can we all just forget about it and move onto the tea and biscuits?

I started making music in my bedroom, still do. Synths take up room, and like Pringles, 'Once you pop, you can't stop'.

What I do love however, are MIDI controllers. I use them to control Ableton Live when I perform. I'm sure there's an effective way to set up one controller to do all the work, but I prefer touring with three.

These three in fact. The Trigger Finger is my longest serving friend, I mean, controller. Here's a picture of me from the early days of playing a) singer songwriter open mics and b) sitting down. Sometimes, I didn't even get a chair to sit on. (n.b. I know that's a chair behind me, but I needed everything on one level. So ideally three chairs. Greedy.) It even featured in my first ever 'music video'

Here's an equipment list of what I currently use for my live shows:

Apart from the blessed Trigger Finger, my other favourite piece of live gear is my Kaoss Pad. Not for all the reasons you'd think of. Sure, it's got filters, delays, beat stuttering, etc. but what I really love about it is the MIDI Input. Yes, I just said I loved a MIDI Input.

The MPC, SPD-S and Mircokorg all go into a mixer, which is then sent to the Kaoss Pad. It has four channels for potential audio recording. These can be layered up and because it's receiving my computer's MIDI Clock information, it will keep the audio looping in time. I know that doesn't sound revolutionary, but I looked long and hard for an audio looper with a Midi In. A brief foray with the Electro-Harmonix 2880 Multi-Track Looper (another looper with midi in) made me realise this would be a difficult task. Until I found the Kaoss Pad 3! So now when performing live, I can have my laptop endlessly loop a middle 8, turn to my right, and start jazzing over the top. When I've finished jazzing, I then move the track on and my jazz will keep looping over the last chorus...or...whatever comes next...in the track.

Recently I've just added an entirely new section to my live performance. It involves these two mothers, but I couldn't possibly divulge their uses. You'll have to come and see me perform for that! Really the title of this article should be:

James Yuill Waxes Lyrical about his sodding MIDI fascination, despite it being highly derided by musicians, producers and the music industry.

Let me end with a little Ode to MIDI

MIDI; she's a mysterious creature
Always late, never on time
Master and Slave
She'll be your best friend and your worst enemy
MIDI; a wondrous necessity.

'Turn Yourself Around' is taken from James' forthcoming album These Spirits - out on 18th March, on his own label The Happy Biscuit Club.

He's running a Pledge Music campaign to fund the release and there's a great little video of him explaining the project here.