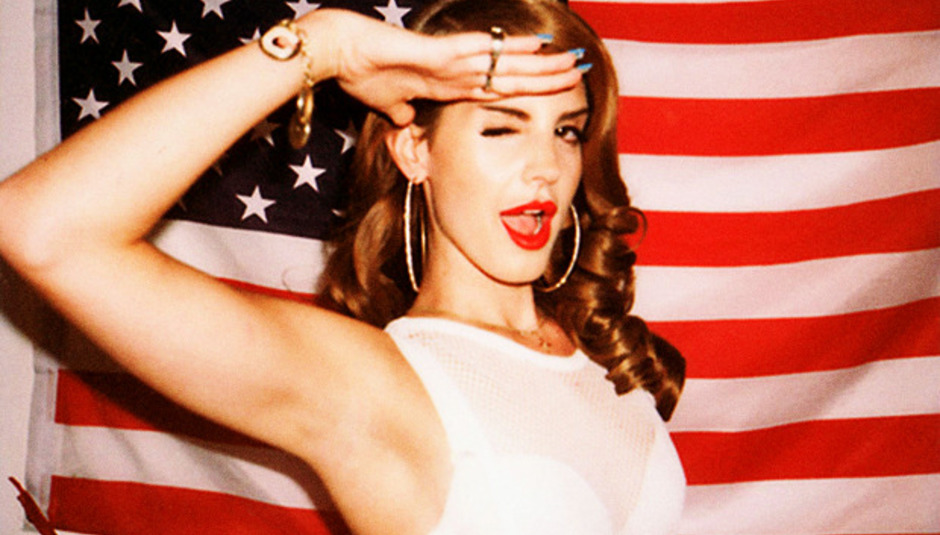 In case you hadn’t yet noticed it’s 2012 and the race is on declare something, anything, the ‘hottest, newest sound of the year’. Especially, if that things sounds a lot like the male version of last year’s Call Of Duty trumping mega seller. Michael Kiwanuka, we’re looking at you.

With the hype maelstrom surrounding Lana, Emeli and the other ones now entering forgettable levels, we thought it would be a good idea to discover the worst possible way to launch a new artist. That’s right, we analysed the ‘next big flops’ of recent memory and most noticeable chart trends of last year to deliver our verdict on how not be a popstar in 2012.

There’s also the usual BUT STILL IMPORTANT side dishes of chart analysis and TV performance gold to cover, so let’s get on with it shall we?

Some people would say the key to being a successful pop starlet is holding an arsenal of unquestionably brilliant tunes. These people have obviously not listened to Jessie J’s debut album.

For those mildly talented souls who aren’t Lady Gaga, the real aim of the game is to appeal to as broader demographic as possible by adhering to a universally likable aesthetic. Without further ado, let’s run through DiS Does Pop’s must avoid checklist if you want to make as a Top 40 mainstay.

To date, every winner of the Critics' Choice BRIT Award has been the proud owners of lady bits. Last year, the vast majority of all singing, all dancing popstars belonged to the gender who do not use the word ‘beautiful’ to describe a supremely good pork pie.

Is this because female popstars can do ‘a Rihanna’ and appear all sexy to men and all empowered to women? Is this because male solo artists are too busy selling their souls to Radio 2 to bother with that choreography lark? Who knows and who cares because, the current status quo are knocking out some tremendous tunes and it will all be reversed by the time 2013 rolls around.

Youth has always been the most valuable commodity in pop. Top 40 champions are not destined to grow old gracefully, they are destined to either undergo a traumatising breakdown, fade into obscurity and then resurrect themselves a decade later for Dancing On Ice.

This is the rule to which Madonna is the only exception. Mind you, Madonna is the exception to almost every rule. Except the one which states, ‘Successful popstars will never make for critically acclaimed movie directors, no matter how much they crave it’.

As you are no doubt bored of being told by now, guitar music is commercially dead in the water. Unless you count Ed Sheeran, James Morrison, Adele and Maroon 5 as successful guitar-centric artists which no one does for some reason.

Anyway, given everyone says the six-string is taking 2012 off for a long hard think about what it has or hasn’t done, you’re best off sticking with synth pop. Maybe give Calvin Harris a call to see if he’s got a spare track going. What? He’s too busy spending his new found fortune on cocaine and velour leisurewear. [Insert ‘Acceptable In The 80s’ joke here]

Have a Top 40 single

Charting in the BBC ‘Sound Of’ list is a finely balanced affair. On the one hand, you’ll need a buzz single, Jools Holland performance and some sort of PR campaign behind you to get there. On the other hand, success can be your worst enemy because artists with a Top 40 single or album are disqualified from the annual compendium.

This is how Michael Kiwanuka managed to bag the 'Sound Of' Number 1 slot to the detriment of Lana Del Rey and Emeli Sandé. While Miss Del Rey has an ocean of hype and an oddly non-committal Q Magazine cover to her name, Miss Sandé’s last single charted at a disappointing Number 21. Fortunately, the BRIT Awards voting panel have been good enough to nominate Emeli for two honours, including the guaranteed Critics' Choice award, with the ceremony occurring the week after her album’s release.

Release your debut album in April

There is little point in building a buzz around your forthcoming album if you don’t release it NOW. The longer you wait to capitalise on a strong ‘Sound Of’ showing, the greater the wall of apathy you can expect to be greeted by. Jamie Woon came fourth in last years compendium and was all but forgotten three months later when his debut LP crept in to the Top 30 at Number 18. Worse still, Little Boots held onto her underrated Hands until June when what should have been a guaranteed chart topper clunked in at Number 5.

Audition for The Voice

For the first time in yonks, the X Factor will be facing a TV talent show rival this year in the shape of The Voice. The Voice was concocted as the ‘credible’ alternative to Simon Fuller’s Idol franchise and did pretty well in America where the judges included Cee Lo Green, Christina Aguilera, Adam Levine of Maroon 5 and Blake Shelton of... no, us neither.

In the UK, the BBC have managed to nab Tom Jones, Jessie J, will.i.am and Danny O'Donoghue of The Script. Danny O’Donoghue’s appointment upset a lot of people, especially Will Young who had been lined up for the role and Professor Green who felt aggrieved that the BBC had lead young Will on. Whatever the judging panel, anyone who saw last year’s X Factor will know Britain’s talent pool of willing auditionees is running dry and the advice of a sage Black Eyed Pea to “try mentioning 'the club' more in your songs” isn’t going to change this.

Whether or not you take ‘The New Boring’ seriously (I think it’s the same as the old boring) or are taking a sabbatical from the charts until Guetta-lead dance pop has drawn its last breath, it doesn’t really matter. Whatever the virtues of your music, it’s the story behind it that really counts.

The better the story, the easier it is to carry an artist in a magazine feature, radio interview or television talk show. Adele’s epic heartbreak, Ed Sheeran’s transatlantic toilet venue touring and Aloe Blacc’s redundancy from Ernst & Young all form essential reasons why they charted in the end of year bestseller lists.

For all the talk of how MySpace, Spotify, Soundcloud and the rest were going to democratise music, the general population still want to be spoonfed their latest popstar. Signing to the Beggars Group or collaborating with him out of Metronomy may hand you all the critical acclaim you can paste onto a billboard poster but if there’s no advertising budget for that poster, you’re still up shit creek without a paddle.

For those smartarses about to speak up with the word ‘Adele’, give yourselves a pat on the back but alas, you’re still a bit wrong. The ‘Someone Like You’ hitmaker was marketed just as you’d expect a major label Winehouse or Rumer to be with 21 barred form Spotify, endless magazine cover features and an end of year Live at the Royal Albert Hall album released for the holiday season.

Well we didn’t see this one coming, a Jessie J song that refuses to vacate itself from our ear holes in a good way. ‘Domino’ continues sees the man’dem wannabe's artistic trait of flinging shit at a wall and seeing what sticks, yet inside this steaming turd is a nugget of feelgood pop gold that wouldn't sound out of place on a Katy Perry album.

Confused and a little bit frightened by the prospect of publically declaring an admiration for Jessica Cornish, we dug a little deeper into ‘Domino’ to discover Dr. Luke listed amongst its five co-writers. The same producer behind the best bits of Britney’s Femme Fatale, the Sugababes’ ‘About You Now’ and Weezer’s ‘I’m Your Daddy’.

Despite a strong midweek showing for The Maccabees, who eventually landed at Number 4, Bruno Mars once again sits atop of the UK albums chart thanks to his album's inclusion in the January sales. Clearly a new buzz-friendly LP from Felix, Hugo, Tarquin and co is no match for the cut price romanticism of everyone's favourite cod reggae singer.

The usual reason for an early year release is to build momentum on the back of a strong but easily gained Top 40 result. Since Given To The Wild charted below Doo Wops & Hooligans, 21 and +, the risk is that it will be quickly forgotten as the year trundles on. Just as White Lies' sophomore record Ritual was in 2010.

To tell you the truth readers, we were a bit unsure about Lloyd’s ‘Dedication To My Ex’ until we came across one sparkling moment of revelation. The new-soul sound was nice enough, as was the Lil Wayne narration and André 3000 cat cameo in its video. What really endeared Lloyd’s former Number 3 single to us was the delicious irony that while this song is pretty much perfect for Olly Murs, it had somehow escaped his cheeky chappy grasp. Huzzah!

If doing a deal with the devil is what it takes to get the perenially overlooked Sia her second taste of Top 40 glory then so be it. ‘Titanium’ is quite obviously a David Guetta track and that is the nicest thing we can say about it. Still, forgive Sia this grave sin and go check out the rest of her back catalogue.

Having been told to 'fuck off' the world over and mistaken this as a term of endearment, 'International Love' is Pitbull and Chris Brown's musical tribute to thier global fanbase. It is exactly as diabolical as you would imagine.

An ignominious end to Nicola Roberts’ Cinderella’s Eyes campaign saw ‘Yo-Yo’ fail to chart, even after this wishful Loose Women performance. Despite trying her best to engage with some non-descript chat about fashion, Popstars: The Rivals and the 10th anniversary of Girls Aloud’s formation, this rendition of Nicola’s third solo single is undeniably glib. What’s most notable about this performance is not the song itself, it’s the work of a cameraman who has severe difficulties staying in focus for longer than five seconds.