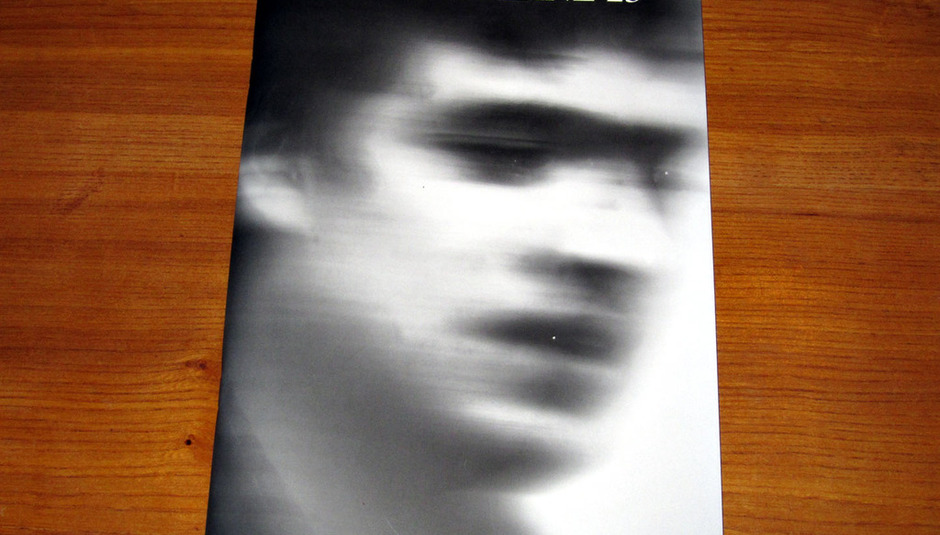 Ah, that weird week between Christmas and New Year's Eve. It's a week when DiS likes to kick back and read, and we thought it'd be a good chance for you (and us too) to catch up on some of the best bits of writing from this year. But it's the holidays, and we're feeling mega-lazy, so we've let Steve from Stack Magazines - a brilliant magazine subscription service that sends you a different magazine each month - takeover the site. This week, you can read the fruits of his chats with the editors of some of his (and our!) favourite music magazines. Each conversation shares some insights about being a print magazine in 2011 and their favourite thing they read in the year that was. Kicking things off, here is Steve's chat with Marisa, editor of 'SUP...

Started in 1998 by editor Marisa Brickman while she was at college at the University of North Carolina, 'SUP has since followed her to New York, London and next year will head off to LA. One of the best looking, most interesting music magazines in print anywhere, 'SUP feels like it's come of age in the last year.

This year ‘SUP turned into a paid magazine. That must be pretty big?
Marisa Brickman: Well we were always encouraged to sell the magazine, but for us it’s been enough of an effort to finish it and get it paid for and published. In my mind distribution was always this big scary thing that would involve a lot of extra work. But then I met with this guy Jens, who publishes the fashion magazine Industrie, and he was like, “What are you doing? You get a distributor and they do all the work for you. You send them all the magazines to one place. You’ve been sending magazines to all the separate stores, paying for it and everyone is getting it for free. You’re crazy!”

But for me it really came down to wanting the magazine to have a longer shelf life. We publish so infrequently, sending something like 100 magazines to each stockist, and stores would call us after a week and say they’ve already blazed through 100 magazines. By putting it on sale we can give it a longer shelf life, plus I think it’s at a point now where people are actually willing to pay for it. I think that also has a lot to do with all the other great independent magazines that are out there.

In what way?
There’s been an explosion of blogs and online media, but there’s still a certain audience that want something tangible. There are a lot of really good independent magazines out there and a lot of them are charging more than we are, but people buy them because these are magazines that people want to keep and archive and go back to. A friend of mine told me that they have ‘SUP in the bathroom, and I was like, “That’s actually a really good compliment!”

Over the past two years we’ve made a conscious effort to move as far as we can from music magazines – most people that pick up ‘SUP don’t know what it is. That was initially a problem for distributors – they said we needed a line on the front or something that says this is a music magazine or nobody’s going to know to pick it up. We were like, “Well, okay, we’ll see how it goes, we’ll test it out and we’ll see what happens.” But we’re getting stocked next to i-D and 032c and Fantastic Man, so we’re not even in the music section on the stand. Advertising is hard because then you have to almost turn into a lifestyle magazine to get fashion advertising and we don’t really want to do anything except for music because that’s what keeps us unique.

So what have you got coming up that you’re looking forward to?
Well we just did a t-shirt collaboration with Wood Wood, a Danish design company and one of my favourite brands in the world. They’ve been big supporters of us since I moved over to Europe and we’ve always wanted to do something with them, so we took five iconic images from past issues and did a range of t-shirts that you can buy at Wood Wood.

Next summer we’ll have ‘SUP issue 25 and we’ve got some special things planned for that. I’m moving to the West Coast so obviously we’ll start to have a bigger presence over there, which is good because I’ve been over here for six years and have put a little network together in London, but I think now the US needs a bit of attention so it’s good that I’ll be over there and can hopefully keep things moving.

That all sounds really exciting.
There was a period when we were stressing out about stuff and trying to stick to deadlines and everybody got really worked up about it. But then we said, “What we’re really doing here is focusing on putting out a quality publication. That’s the goal. Whatever we need to do to make this the best magazine we can, that’s what we’ll do.” We realised that we weren’t selling advertising anyway, so it didn’t really matter if we stuck to a production schedule! All of a sudden we could do it whenever we want. It made things a lot more accessible.

Article of the year
Simon Reynolds wrote a piece in Wire magazine around the time his book Retromania came out. He was talking about the way we consume music now, and how because of the digital age there’s no sense of anticipation because you can just get something whenever you want it.

I’m not anti-blog, but there’s nothing like a piece of quality printed journalism in a magazine that you can hold. Magazines are one of the things people still collect; you wait for it and you’re excited when it comes out. I think I’m happier to be in the camp of creating something tangible and real that people anticipate and look forward to, rather than the other camp, which is just putting out stuff every day.

For more about 'SUP, visit supmag.com.