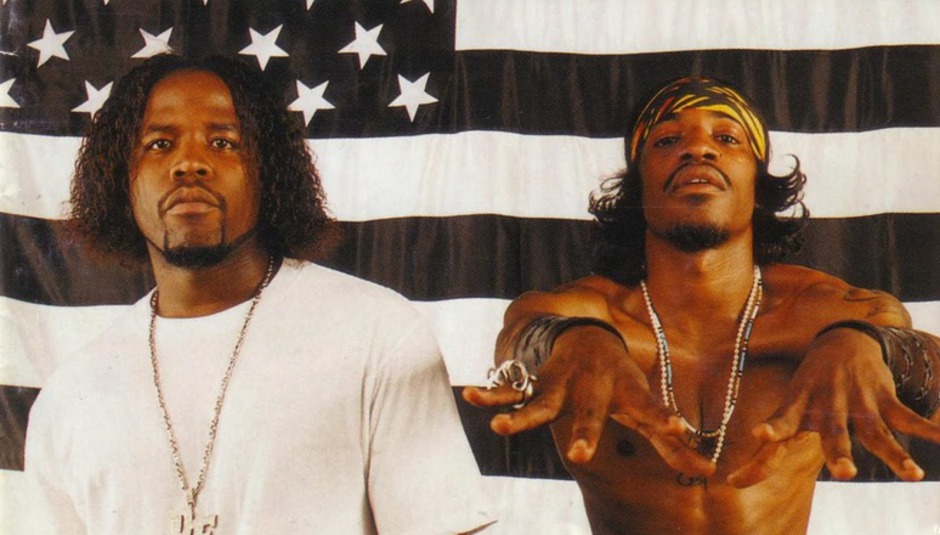 What initially seems like a throwaway title of nonsensical playfulness is actually a very astute summary of the first truly great rap record of the 21st century. Hello, Wikipedia: ‘stank’ is a southern US pronunciation of ‘stink’ – OutKast hail from Georgia – and as anyone who’s seen Ghostbusters will know, another word for ‘stink’ is ‘funk’. Witness Peter Venkman immediately after being slimed: “I feel so funky.” (Note: this happened when he’d left his Walkman, copy of Computer Games locked tight, back at the firehouse.) With their fourth long-player, the dynamic duo of Big Boi and André 3000 updated the blueprint laid by the likes of Bootsy and Sly, Parliament and Prince: they brought funk into the present day with an unprecedented bump, mixing into their delectable gumbo elements of the social and political awareness of Public Enemy and a dash of the dick-swinging swagger of lover-man-MCs past. In short, Stankonia didn’t sound quite like anything to precede it; and it’s never been improved upon by its makers, either.

Well, there was some previous form to go on – 1998’s then-high-water-mark Aquemini took a rather out-there approach to contemporary soul while embracing some weighty issues alongside the need to strut something rotten: check out the civil rights rhymes of ‘Rosa Parks’. But few could have predicted that the pair would shoot themselves into such a lofty orbit for album four, achieving a perspective that allowed them to see all, hear all, and process everything via their singular filters. Stankonia looks like a chore on paper, running to 24 tracks compared to its predecessor’s 16; but it takes just a listen to realise that there are few wasted seconds on its 73-minute run-time. Arriving at a time in hip hop when filling the space afforded by a CD was de rigueur – Eminem’s The Marshall Mathers LP of the same year stretched to 72 minutes; De La Soul’s Art Official Intelligence 67 minutes; and LL Cool J’s G.O.A.T. 73 – its length was perhaps inevitable. And seven interludes is seven too many for some. But with humour always at the forefront of their skits, and a neat line in alternating between the matter-of-fact reality of the everyday and the fantastical surrounds of the most colourful imagination, OutKast managed to turn the unwieldy into a collection of remarkable cohesion aided by their consistent self-production.

One of the times it does drag is actually during Stankonia’s most-celebrated cut. Pitchfork’s number one track of the last decade, ‘B.O.B.’ (Bombs Over Baghdad) is perfection for about three minutes. The problem is that it’s got another two to run – what begins as a feverous new dawn for hyperactive funk cools its jets for a descent into tedium. The album’s next single would be the commercial breakthrough OutKast had been overdue: ‘Ms Jackson’ peaked at number two in the UK, going one better stateside, helped in no small part by a music video that presents the turmoil of personal relations – the song refers to the mother of Erykah Badu and her feelings towards the father of her daughter’s son, Seven, namely André 3000 – via stormy visual metaphors accompanied by a host of cheery, head-nodding creatures.

But anyone thinking they’d got the measure of Stankonia from a pair of singles was soon put straight upon encountering numbers like ‘Humble Mumble’, with its opening conductor announcement: “I stink I can, I stank I can… The funky engine that could… All aboard the Stankonia Express…” (Or some such gibberish – basically, we’re going on a fun-kaaay journey, you’d best strap in). ‘Red Velvet’ is the cast of Sesame Street gone gangsta; the emotional rollercoaster of ‘Toilet Tisha’ rides a low-grinding groove that George Clinton would have penned if he’d been beamed into the 23rd century; and ‘We Love Deez Hoez’… well, the title of ‘We Love Deez Hoez’ surely speaks for itself, Big Boi taking centre-stage for an ode (-cum-warning) to all sexy things that come paid for by the hour. ‘I’ll Call Before I Come’ is André 3000’s own take on bedroom courtesies which, again, does what it says on its titular tin – think of it as a precognition comeback to Missy Elliott’s 2001 single ‘One Minute Man’.

Of course there’s some filler, relatively speaking – and not all of the guest contributions really fit with the OutKast aesthetic. B-Real’s raspy turn on ‘Xplosion’ clumsily grounds the listener on terra firma after so much interstellar exploration elsewhere, and fellow Atlanta artist Cee-Lo – at the time yet to take strides towards a solo career – is wasted on ‘Slum Beautiful’, his understated raps unable to hold a candle to the soar-away singing voice he’s since become famous/ubiquitous for. But given the brilliance that dominates proceedings, any quibbles must be minor to the extent of requiring a microscope to properly focus in on them. Stankonia, even 11 years on, sounds like the most impressively bonkers, audacious, ambitious and expertly produced hip hop LP in the genre’s history. In another 11, chances are it’ll still seem as bold, as daring; so very fresh and, naturally, so very clean.