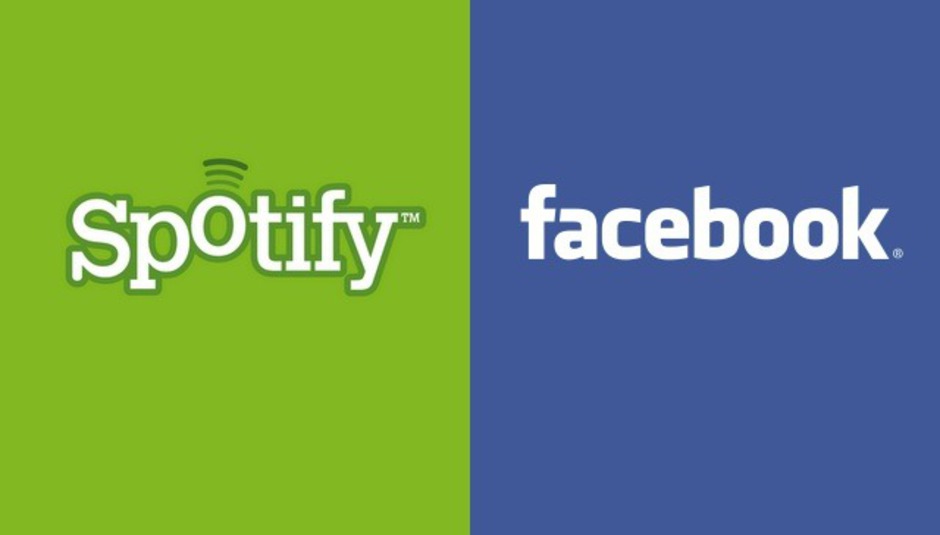 As part of its new Open Graph app platform, Facebook has partnered with a host of music companies to bring real-time music streaming and discovery to the timeline. The Insider, ponders what this means for music (new stream of meaningless information?), and for you (The Brand?). But first things first... "Show your love for British rock with this casual short-sleeved tee featuring a constellation print at the front at (sic) Joy Division text print towards the hem." - Urban Outfitters

Welcome to the newest incarnation of the unholy alliances between record labels, artists, merchandise companies, streaming services and social media to reduce music even further to a one shot visual statement, a badge of honour for a weekend house party or a passing line in an ever rolling 24 hour news feed. In the future, your favourite artist will be reduced to a handful of tracks, subject to the vagaries of peer group pressure, cultural shifts and the on / off nature of the licensing agreements between your streaming service and an embattled and resentful clutch of record labels.

We are living through a commodification of taste that drives a fracturing of the appreciation of art for short term financial gain. That may be a big statement but, as was pointed out by Kingsley Chapman of The Chapman Family in regards to the T shirt blurb (and from whom I stole this idea) “or buy Closer”. The choice of Joy Division is particularly interesting as they, along with other bands from that ‘golden era’ (argue amongst yourselves on that one), represent certain values that seem in total opposition to a T shirt as statement of values. A postmodernist will tell you this is the death of the author in action – a music fan will tell you it is yet another reduction in the meaning of music and culture in the face of an ever increasing assault on the arts to co-opt them into marketing and commerce.

Which is where the new Spotify tie-in comes in. This is not to blame Spotify, too many commentators across culture in its widest sense confuse the medium with the message. Spotify is neutral, it merely delivers music and, now, allows users to exchange their favourite music with each other much as the internet can deliver free access medical papers or hardcore pornography. What the Spotify initiative reveals further is the endless drive of branding into music and the consequent commodification of taste and meaning to deliver short lived, egocentric cultural messages which are then co-opted by marketing on flawed assumptions to attempt sales strategies.

The Spotify ‘innovation’ creates a further culture of picking the ‘right’ tracks. Human nature being as it is, and herd instinct coming into play, the idea that we will be exposed to more music is revealed as a fallacy. Groups will congeal towards their own pre-existing tastes and those who share them, much like the blog world where mini worlds of defined and proscribed taste are created and maintained within a closed conversation akin to a group discussion on ‘your favourite shade of blue’ as opposed to ‘your favourite colour’. What lies behind this fracturing is not a natural process of technology allowing culture to mutate into sub cultures but a market driven approach aimed at identifying and hard selling to definable groups with, in many cases, the explicit or implicit rejection of those who do not fit the preconceived conditions for membership. Crucially, this drive is devoid of meaning. Buying the Joy Division T shirt is a shorthand way of saying ‘I am intelligent and outside the mainstream. I am not like normal people. (and here is my £25 to prove it)’. You almost feel sorry for those who fall for it. Almost. Thus the culture of ‘like’ continues its seemingly unstoppable march across culture determined to lay waste to all before it who do not opt in to share their favourite (translation – culturally filtered to represent positive qualities about the self) everythings with those they know from well to barely. This reduces music to a brand tag, creates walls between group experiences and fractures knowledge into ever smaller islands of self-interested, and disconnected, groups. For music in general, its very availability and the ability of those to share it with others perversely becomes twisted by the marketing and commercialism behind it. Voyages of discovery are transmuted into declarations of self-image and rendered meaningless for those who saw this as an opportunity to rediscover the communal power of both the form and the concept of ‘word of mouth’. Marketing theory and brand theory take this stream of self and transmute it into ‘approaches’ and ‘strategies’ for sales, ultimately creating ever decreasing and devalued circles as the true meaning of everything is reduced to ‘A LIKES THIS TRACK’ / ‘IF YOU LIKE B THEN LISTEN TO C’, the appearance of freedom and discovery masking the dead hand of control and advertising and potential fans reduced to demographics of age and social placings.

As with the charge for MySpace friends before, labels and marketing wonks within those labels see the association of their act with successful acts of a similar perception as the crucible in which success will be formed. Large amounts of thought and energy are increasingly ploughed into creating an image for acts which is predicated on an ability to draw favourable comparisons with already achieving acts who are ‘like them’. This is one step further on from Tim Clark of ie:music stating in Eammon Forde’s excellent dissection of what went wrong at EMI that the job role of A & R (and presumably management, as that is his day job) thus; “If you have any sense at all, you sign a band knowing who is already into that band and who the potential market is going to be.” We are now into defining restricted markets for artists. These markets, incidentally, increasingly chime with the codifications of music media that are taking place, radio stations and print titles especially discounting bands as ‘too old’ or ‘too young’ and positioning themselves to appeal to defined age groups. It doesn’t take a genius to understand that music is rarely this easy to quantify and that attempts to do this outside of the actual music will rely heavily on strategies that are more likely to denigrate, devalue and adversely affect the very thing we all claim to care about, the music itself.

Take this example of my own personal experience. A record label concerned that their band, who are selling increasingly big venues and achieving good success, are lacking a young audience. The question is then posited as to how we can attract younger people to the band. A demographic view of music that is more akin to working with a corporate brand and their tightly defined A, B and C consumers. Much discussion is centred around marketing initiatives or media placements that will drive the recruitment of this valued demographic into the band’s fanbase whilst also (and this is very much implicit in the discussion) forcing the undesirables out. When working with corporate brands you expect this. When working with manufactured pop bands you can tolerate this. When working with what once would have been called alternative artists or, more accurately, career artists, this is a worrying and increasingly common trend and one that spreads with every click of a like button. The band must be perceived as a ‘young person’s band’ in order to break into the ‘young person’s market’ and start getting those ‘like’ clicks is running underneath everything said.

Assuming the new Spotify tie-ins don’t end up face down in a ditch within six months, expect this new stream of meaningless information to increasingly feature in both the pitches of new artists alongside the already hackneyed and meaningless re-Tweet counts / facebook views and Hypemachine chart placings as labels and managers desperately try to engineer not just successful artists but artists that dovetail perfectly into pre-defined social and age groupings. Expect more of the past to be reduced to slogans and T shirts devoid of the original meaning and expect sales of music in any format to continue to slide and the industry that sells that music or streams it to find yet another socially engineered panacea that may just return us all to the glory days.

In conclusion, it is worth noting that the process of music in this country, including pop, has been from outsider status to mainstream taste. Thus 60’s beat, late 60’s hippy, heavy rock, punk, goth, acid house, garage, baggy, Britpop, grunge , hip hop and countless other twists and turns have journeyed into the mainstream through restriction; John Peel’s tastemaking, NME / Melody Maker / Sounds championing / Radio Caroline’s piracy / illegal raves and pirate stations. For those who think Music (really) Matters the campaign should be to remove the lists and the like buttons and force us back to opening our ears through reducing our options, building a self-image and a love of music through restricted access rather than, paradoxically, endless opportunities.