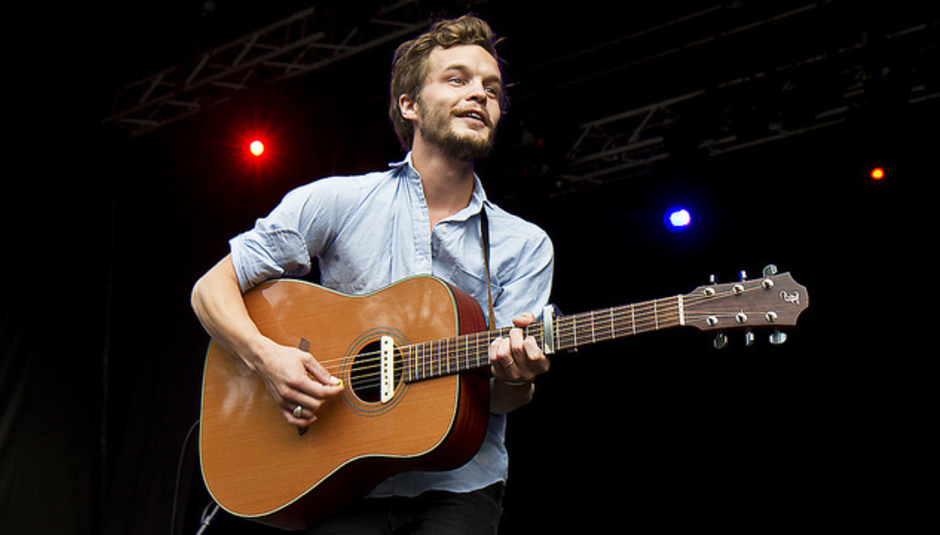 Trondheim is is Norway's third largest city, but although it has charm in bags, you wouldn't exactly describe it as bustling. As well as going through many historical name changes – like plenty of places in this country – it's also home to the Pstereo festival, which is where we found ourselves in late August. With natural beauty in great abundance in Norway, it's quite easy to find somewhere picturesque to have a festival and Pstereo very much falls in line with the usual here, located at a waterfront known as Marinen, which itself basks in the shadow of the Nidaros cathedral. All in all, a lovely little spot.

The Pstereo running order is organised so that nothing on the main stage is playing whilst the second stage is in action and vice versa. The proximity of these stages means it wouldn't really be advisable to do so, but to have it this way works a treat as it often guarantees a decent-sized audience from the off for anyone on the smaller stage, as hundreds of people filter from one to the other at their own convenience, via the bar on the way. This is the sort of thing that makes festivals more than just bearable.

At around four in the afternoon the site is more at the picnic end of things, with a healthy helping of folk watching Kråkesølv who, I admit, are a band who seem to have played every single Norwegian festival I've been to, but I've yet to see or hear. This time I don't quite fully understand their appeal, but their lengthened-rock isn't a bad way to start things off with an ice-cold beer in hand.

Festival surprises are common occurrences and today I somehow manage to experience three of them, all in a row. Well I never. The first comes with Washed Out who have had much written about them in the past and will do in the future. A buzz band? Sure. Of course, it's really just a “him” but we there's a full live band here, people. The poppier elements shine through and, although the keyboard player in an Indian headdress is distracting, there is little to be cynical about and, even if you are unaware of the lyrics, it's easy enough to hum along in a modest manner.

The second, and biggest, surprise is Santigold. My memory recalls about three songs from her history and my impression of her before today was one that was mixed, if unstable an uncertain. That all changed from early on, though. This was an absolute riot, make no mistake. As much a part of the energetic ups and downs of the self-titled record and indeed this show are her two female dancers, bedecked in sunglasses and frilly dresses, which are later dropped, lest they get in the way of some serious, serious moves. During 'Say Aha' everything reaches a glorious peak, as we are showered in surprise, many people's expressions mirroring my own pleased confusion. Who knew? We all do now.

The Pstereo bill is more than littered with Norwegian talent and there is plenty of that available. Honningbarna are probably among the best acts to see in the flesh, as their youthful exuberance rarely leaves their shows lacking any punch or vigour. They always seem to wear the same clothes for every performance, pocket-sized and cello-playing frontman in a baby blue Lyle & Scott jumper, screaming lyrics with a contorted face and body. The cello belies their raucousness, but also adds to the aggressiveness quite impressively. The lyrics (sung in Norwegian) are an important part, but you don't need a translator to work out the meaning of 'Fri Palestina', which is accompanied by a Palestinian flag draped over an amplifier. More Norwegian excellence tonight comes in the form of the warbling Susanne Sundfør, who is standing in for Best Coast at very short notice. It's nothing close to a like-for-like replacement, and the nocturnal and downbeat, depressive moments of her work may be more suited to darkness rather than daylight. Regardless, those slower tracts – such as 'The Brothel', an absolute masterpiece – are balanced by the more pulsating, like the distorted-synth romp that is 'Lilith'. Standing up for the duration and swaying, it's as animated as I've seen her and, with full band in tow, the intricacies really emphasize her songwriting ability and depth. The third and final surprise – other than the Death From Above 1979 being pulverising and incredible – was Glasser, who are perfect for the space they play – a roofed stage with no more than 250 people in attendance, all fairly tightly crammed in. Cameron Mesirow occupies the shadows and prances around on stage in a large dress, veil covering her face, whilst her vocal lines move between mesmeric wailing and the more straight-forward type.

The second day arrives and it is raining. This was to be expected and an arrival on site is preceded by a visit to the comprehensive Rockheim Musuem, which documents an awful lot around Norway's musical past in an interactive and engaging way. Arguably the most enjoyable aspect is the Black Metal barn, which is both utterly ridiculous and enlightening at the same time. Comprehensive, it is.

Today's course takes a trip along the path of the solo artist, and it is a varied path with a couple of stumbling blocks along the way. Ignoring the end of the slightly anodyne Pelbo, American upstart Lissie is the first act we properly catch, sitting precariously on a damp bank under a damp tree, but relatively pleased with life. When trying to describe what Lissie sounds like to a companion, all I could think of was that she was once interviewed on BBC Breakfast News, by Bill Turnbull. I had listened to her music in the past, but a morning TV appearance was all that my memory could muster. I am reminded of the reasons for this almost instantly, as the blandness seeps through, much like the water from the grass I am sitting on. It's easy, when your primary instrument is a guitar, to slip into doing something standard, but not necessarily outright poor, and that's about where Lissie rests. The same argument could be levelled at The Tallest Man On Earth, who has hopped over the border from Sweden. We assume so, anyway, it's not very far to come. The phrase “one man and a guitar” often doesn't actually mean that, as most singer-songwriter types these days often involve a backing band of some sort. Not here, though, and all the better for it, as it allows his Dylan-esque (check!) proclamations to stand out and blow the rainclouds away. It's the time repeated combination of the traditional done today, and done well. If you are looking for danger, do not come this way. If you are wanting some kind revolutionary performance, look away. If you desire occasionally heartbreaking qualities, then stay.

Jamie Woon, though, is trying something. Some say it's a safer, middle-of-the-road version of James Blake, whilst others appreciate it for what it is. To my ears, though, a watered-down James Blake is probably what the quite-often unbearable Prince of Dubstep should be doing. You're too “way out there” for my taste, James. Anyway, Woon delivers a set of intrigue at a sedate pace, which is quite apt with how the afternoon went after locating some seldom-found free alcohol and doing the honourable thing with it. This afternoon experience may have slightly mashed my temporal lobes into being unable to greatly contextualise anything Jamie Woon was doing, but the relative impotency of it, perversely enough, made the warbling all around easy to digest as it floated in my direction.

Another Swede who jumped o'er the border is perennial Scandinavian favourite Håkon Hellström. Many non-English language people might fail to understand the actual meaning of the songs for obvious reasons. Without this, it's quite difficult to really take in, let alone enjoy the music. All I can say is that he seems to be a very popular and enthusiastic chap, so fair play to him.

After the strange, unexpected but totally confusing few minutes of 22 we did manage to catch, Monolithic sounds like the perfect chance to cleanse whatever clingy particles were left floating about and around my auditory canals, as well as the skin, just to be sure. The duo's guitar and drums combination manages to evoke a dark intensity on a scale that isn't suitable for a festival like this. Or possibly anywhere. Or even human consumption. It is brutal on a grand scale. Stian Westerhus's guitar-based virtuosity and innovation coupled with Kenneth Kapstad's utilisation of an enormous drumkit leaves a sharp and full aftertaste. I'd roar primevally if I thought anyone could hear.

Pstereo festival manages to encapsulate the aforementioned charm of Trondheim as a city. Its size and variance in bill means that there's no excuse for not seeing at least a bit of everything, or most of most things. It also means that, if you feel you're getting on a bit, there won't be those aching legs. Even the rain won't stop your fun.

All photos by Per Ole Hagen, courtest of NRK P3

"I've never really been that proud of...